Gary Nelson, from Chester, is in the throes of battling his third brain tumour and is undergoing six months of chemotherapy to try to control the disease. The dad-of-one’s brain tumour journey began in 1985 when, at the age of seven, he was diagnosed with a low-grade tumour, which was successfully treated with neurosurgery and a gruelling course of radiotherapy. Having already overcome the most unimaginable hurdles, Gary and his wife Amy continue to stay brave and positive, as they turn to fundraising to give them a positive focus and to fight for other sufferers and their loved ones.

In 2014 Gary and I were living in Dubai, where Gary was working as a regional programme manager for Apple, when he was discovered to have a second brain tumour. He was 34 at the time and we were planning to get married in Sardinia. We had travelled to the Italian island to make some arrangements when Gary started to notice unusual symptoms. He said he was experiencing feelings he had had as a child when he was diagnosed with a low-grade astrocytoma. He was losing his sense of touch, for example, feeling like his hands were in his pockets when they weren’t and he was struggling to fasten his shoelaces or do up his belt. When he got back home to Dubai, he made an appointment with the doctor and was sent for an MRI scan. We were devastated to discover that he had a large meningioma tumour on a main ventricle in his brain. He was referred to the American Hospital in Dubai and within days he was undergoing life-threatening surgery to remove the tumour.

“We were told that the surgery would be extremely risky, due to the location of the tumour. But Gary’s surgeon took a risk and thank goodness he did.” 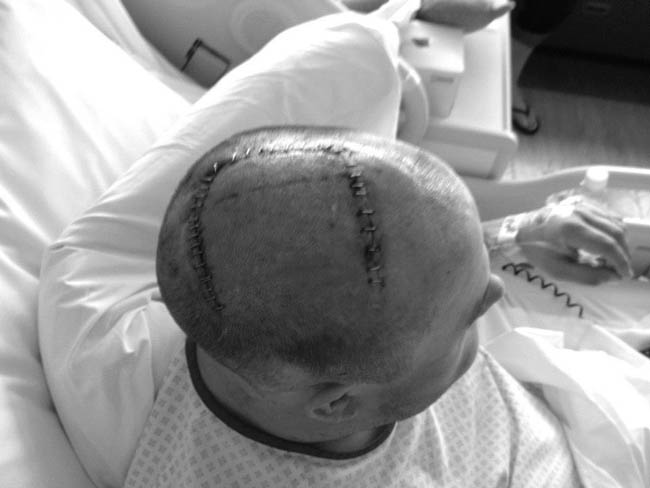 Having been told that there was a strong chance he would be left in a vegetative state, or that he wouldn’t survive, to our huge relief the operation was a success. The surgeon was able to remove most of the tumour and Gary woke up feeling well. Gary is a very positive person but he was also pragmatic and he prepared everything in case he didn’t make it through surgery so that all his finances and paperwork were in order. 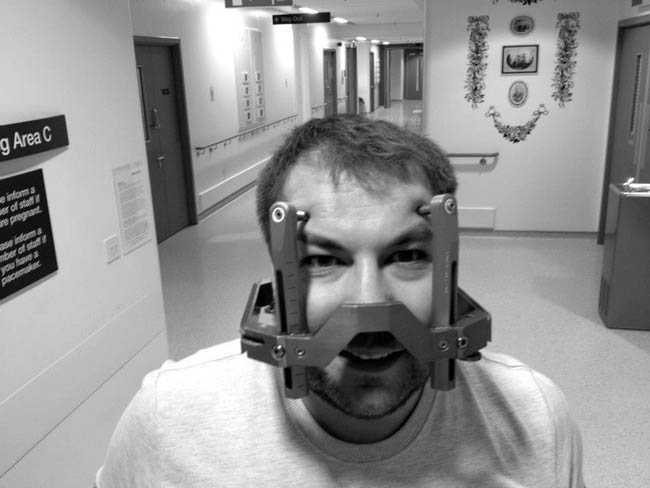 Recovery was slow; Gary was paralysed down his left-hand side when he woke up and he had to learn to walk again. He has always been a really strong swimmer and knew that swimming was good for him, so he convinced his medical team that it would help him to recover. Eventually, they agreed to allow him to swim, with supervision. I would spend hours on end watching him practise in the pool, terrified that if I looked away, he might get into difficulty. He was in a wheelchair for three months but each and every day he would take a couple of steps further, and I couldn’t have been prouder of him. A few months later Gary was granted permission to fly. Determined to continue to access the best possible treatment for what remained of his tumour, he opted for targeted stereotactic radiosurgery (SRS) at The London Gamma Knife Centre at St Barts Hospital (earning him the nickname ‘Gary the Hulk’!). We were able to coincide this trip back from the Middle East with surprising Gary’s mum on her 60th birthday. She was delighted! 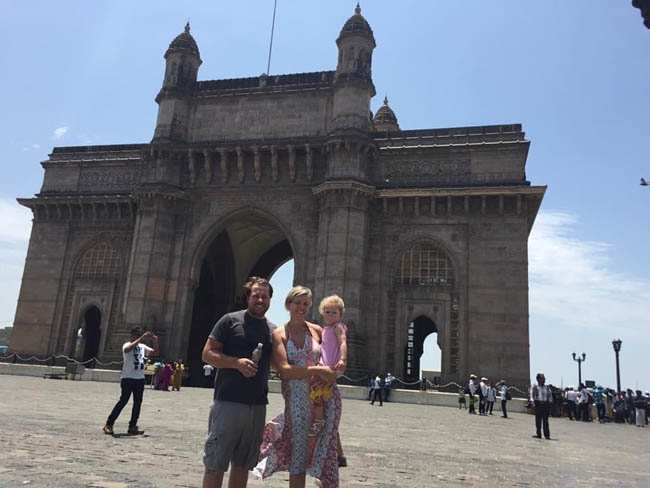 We lived in Dubai until December 2016, when we relocated to Chester (my home city) in England. By now we had our daughter Olive, who was two at the time, and not one to do anything by halves, Gary decided to take a career break and together as a family we spent two and a half years travelling the world. We went to New York, Malaysia, Singapore, Nepal, Hong Kong and Thailand, to name just some of the places we visited. Gary has always travelled with work and he would fly me out to wherever he was, to make the most of the opportunity and to spend as much time together as possible. 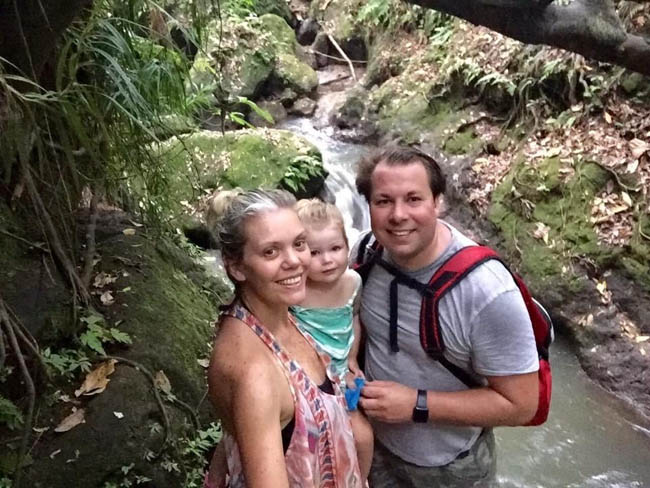 “He has a tendency to try to live life to the full and to make the best of any situation. He is the single most positive and outgoing person I have ever met and everyone who knows him says the same.” 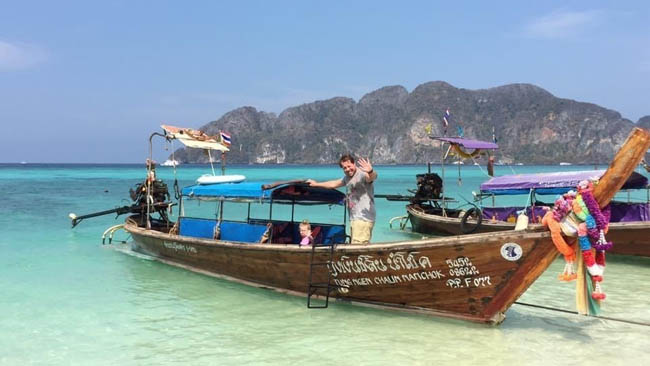 In 2018 Gary started working for the American consumer electronics and fitness company fitbit, heading up their retail marketing for the UK and Ireland. Life back in the UK was good. The treatment managed to keep the tumour at bay and we enjoyed several years of stable scans, as Gary continued to be monitored with annual MRIs. Then, in August 2019, they discovered some regrowth and he began six weeks of radiotherapy at the Clatterbridge Cancer Centre in Birkenhead, in the hope of stopping any further growth.

“This was the last time radiotherapy could be offered to Gary, considering the amount of radiation his brain has received over the years.”

Fast forward only a few more months and, during the Covid-19 UK lockdown, Gary started to experience neck ache. After a telephone consultation it was put down to excess laptop use and zoom meetings, due to working from home, and some rest helped to alleviate the aches and pains for a short time. A number of weeks later, he started to experience blurred vision. Another call to the hospital saw Gary immediately being invited in for five MRI scans. Due to the coronavirus restrictions, he was on his own and, as always, was so brave. I sat in the car park listening in over the telephone when the doctor broke the news to us that they had found a new shadow in his brain stem and they were referring him back to his neurologist at the Walton Centre in Liverpool to discuss the next steps.

“Once again our lives were shattered, as we helplessly tried to cling on to hope and positivity for the next four days, waiting for the phone call from the hospital.”

After four long days of waiting, we finally heard from the neurologist, who calmly and regretfully explained that due to the location of the tumour, an operation would render Gary paralysed from the neck down. We already knew that re-radiation therapy wasn't an option either, as it would cause brain necrosis. But our prayers were answered, when we were given the option of chemotherapy. Gary began taking chemo tablets on 1 August; he is on a six-month course of five-day cycles.

One thing I know for sure about Gary is that he is a fighter, the strongest and most determined of all. This is a fight we are taking on together. We fight for our beautiful, clever, six-year-old daughter Olive, who loves her daddy so very much. We fight for our family and friends and we fight for other sufferers and their loved ones. We fight for a future where the cure doesn't cause more tumours and damage to healthy brain cells. 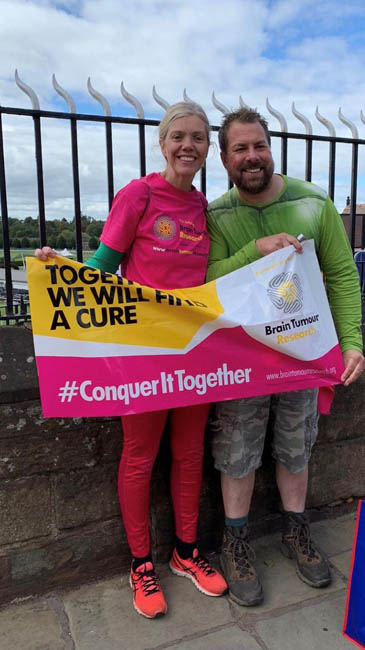 I can’t just sit back and do nothing. On 26 September Gary and I were joined by 16 friends from all over the UK, as we completed an 11k Walk of Hope in Chester. We started at Chester Racecourse and walked through the city along the River Dee. In the weeks running up to our walk we worried that potential lockdown restrictions would mean we may have to postpone but we were able to stick to the guidelines by splitting into three groups of six.  It was an emotional but beautiful day. The sun was shining, our faces were smiling and our collection box was getting heavier by the kilometre from donations we made along the way! 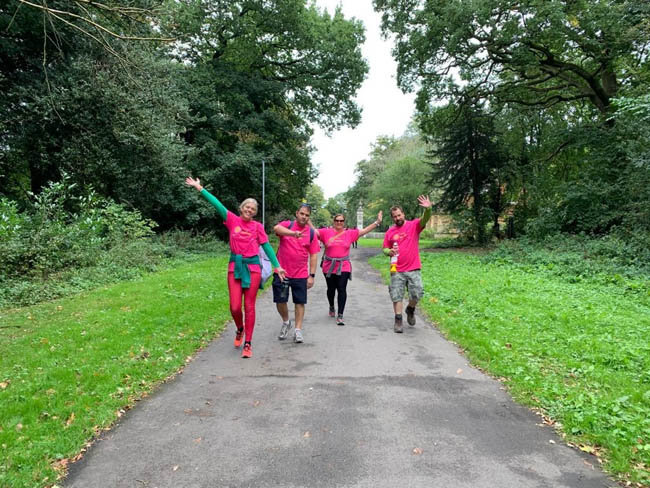 “We were so proud to be promoting and supporting the importance of Brain Tumour Research. We marched for a brighter future for patients and their loved ones, in the hope that one day treatment is kinder and terminal diagnosis will be a thing of the past.” 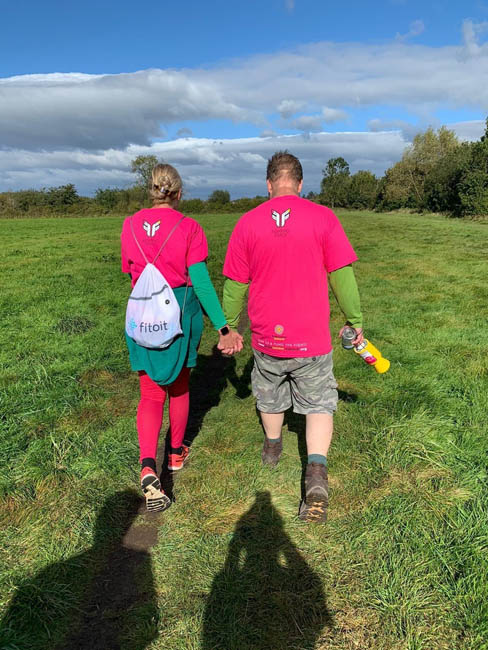 We raised more than £7,000 for the charity, which included a generous donation from Gary’s employer, fitbit. It’s heart-breaking to think that we may not be able to change Gary’s fate but I am determined to do my bit to help ensure a future without such archaic treatment options. Radiation can be so damaging. Things have got to change. People don’t realise the facts and the figures. If you can’t donate, you can spread the word and spread the message. Sign petitions. Tell people about it. The battle is on and we are not giving up. 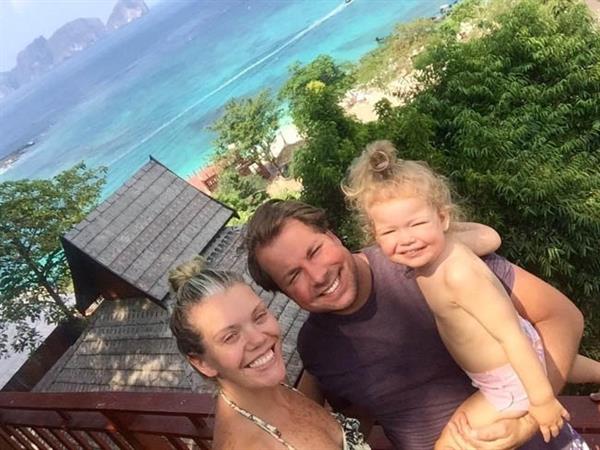