Francoise was 47 when she was diagnosed with a brain tumour.  She and her family had noticed some big personality changes prior to her falling unconscious. Francoise owes her recovery to the care and support she received from her children who were 20, 18 and 15 years old at the time.
I had always been a very positive person, but around June 2006 I started noticing changes.

That summer, despite really not feeling like it, I went on holiday to Greece with two of my children, but I couldn’t get into it.  I was feeling down and thought that it was partly due to the news that our accountant, who was a friend too, had just been diagnosed with a brain tumour.  Later, in August, his first  surgery revealed the tumour to be grade IV.  Subsequently, at the end of September, he underwent six weeks of daily chemo and radiotherapy.

I have three children – two older girls and a boy and I tried to carry on as normal in the house for them.  At first, I found myself saying bizarre things, or saying things totally out of context. Then later that year, my French family, when I spoke to them on the telephone, said that I sounded like I was drunk. Most of the time, I was unable to finish my sentences.

Initially, I didn’t go to my GP, but just concentrated on the kids and work.  I was divorced and, although I saw my ex-husband at work because we had a shared business, our children were my full-time responsibility.

In January 2007 a few things happened.  My speech seemed to get worse and I remember I had to go and see my son’s Maths teacher.   I was really concerned that I would make a fool of myself so I decided to speak in very short sentences.  She later said she never noticed anything was wrong.

Again that January I was driving my son, Luc, to school and I had what I would describe as a brief blackout and ended up hitting the pavement and bursting a tyre.  Luckily no one was hurt.

Also that month, I found that my handwriting went over night.  I found I couldn’t work out the VAT, bank transfers for the employees’ salaries, nor could I work out how to use my mobile phone.

My eldest daughter was then in her 2nd year of medicine at Southampton University and although by now I had been to my GP and been diagnosed as suffering a nervous breakdown, Fenella knew that what I had was not psychological but neurological.  I too knew that something was very wrong but couldn’t express it.

By the first week of February I remember very little and apparently I didn’t turn up at work for the whole week but I do remember one violent headache unlike the previous ones which I had been able to control with paracetamol.

One weekend, my daughter came home to stay until I was sorted.  On the Monday, despite her protestations, she couldn’t get me an appointment at my GP’s surgery.  She kept on being told to take me to the local mental hospital where she eventually and reluctantly took me.  When I arrived I was asked whether I had children, to which I answered “no” yet when my daughter asked me what her name was, I answered “Fenella”, which is, of course, her name. All of which I remember nothing.

At this stage, apparently, a brain scan was suggested, but she was told that it would take three weeks for an appointment.  Once more, I remember nothing.

After the consultation my daughter took me home and I managed to eat and drink very little that day.  My daughter later put me to bed and the very next morning, Tuesday 13th February, she found me in the very same position, unconscious.  I was immediately transferred to Stoke Mandeville hospital.  There it was thought that I had taken an overdose, due to the earlier nervous breakdown misdiagnosis, but my daughter insisted that this was impossible.  Finally, a third doctor examined me and decided to do a scan.  It revealed an enormous tumour pressing on my frontal lobe, which explained all the big changes in my personality.

I was transferred by ambulance to the John Radcliffe Hospital in Oxford that night for surgery.  The neuro-surgeon on call was not at all hopeful that he could save me. The large tumour (grade 1 meningioma) was completely removed.  For two days I was in ITU.  The first language I spoke (so I am told) when I came round was French (my native tongue) so the consultant had to talk back to me in French.

After two days, apparently, I refused to take morphine because it gave me horrible hallucinations.  The downside of not taking the morphine was the pain, which was so intense.  For the first few days, when I woke up in the morning I felt like I was pinned to the bed by the pain.  During the day it was not as bad because the painkillers took the edge off.

Eventually I recovered all my faculties.  Initially I couldn’t walk, so a physio tried to get me walking with a stick.  I could not work out how to do it and then I decided to practise on my own and fortunately succeeded.

Back home, I couldn’t have got through it without my children who had to look after me.  My eldest just took over.  She was wonderful.  Then two members of my family came over from France for a week to allow Fenella to go back to university.

At the John Radcliffe I had been put on a medication called phenytoin to prevent seizures just as a precaution and unfortunately I reacted very badly to it.  Once more, the paramedics had to be called out. It was the turn of Sophie, my second daughter to take over.  Back in hospital I was put on oxygen and given a drip.  Discharged five days later, I was very weak, weighing only 47.5Kgs.

I went back to work only six weeks after my surgery to remove the tumour, as I felt I should relieve the person covering my job one day a week – Paul, our accountant who was still undergoing chemotherapy treatment.  I only managed to work for three hours that first day. I was exhausted.  Sophie would drive me to the office and then help me with my work so that I could catch up.

Later that year, I eventually regained my driving licence as fortunately I had had no seizures.

In June, I had an anxious time following a scan showing indications that the tumour might be coming back, but fortunately this turned out not to be the case.

However, our accountant, Paul, had a second operation in August, almost a year after his first, although tragically, it was in vain.  He died on 31 December 2007.  I felt completely numb and guilty to be alive.

By the end of 2007, I had resigned from my company and in June 2008 found another job, initially part-time till September when I moved to full-time.  The first 18 months to two years after the surgery were difficult as I was still struggling with regular headaches, fatigue and flashbacks and had to invest all my efforts into going back to work and my children.  Three years on, I am finally moving on, although slowly, and grateful to be alive.

My children have been my inspiration to carry on since 2007 in spite of all the setbacks. I truly feel that without my daughters’ constant support I might have given up. 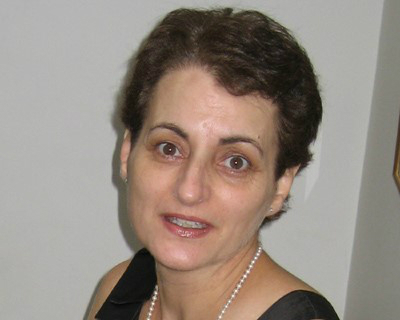