Emily, a PhD student at Oxford University, was studying for a master’s degree at Exeter College in 2011 when she started to feel unwell.  It was a year later when she was finally diagnosed with a malignant ependymoma brain tumour, having taken matters into her own hands and financed a private consultation that she could ill afford. Her journey of diagnosis and treatment, which has included extensive radiotherapy, has demonstrated some disparities in approaches to treatments in the UK for her condition.
I was studying towards my MSt in History in the Spring of 2011 when I began experiencing episodes of early-morning vomiting. As an otherwise fit and healthy 24-year-old, I initially put this down to food intolerances, hangovers and anxiety.  A university friend had suffered from similar problems during our final year, so I assumed my symptoms could have been stress-related. Over the summer I went to see my GP back home in Cheshire, who gave me some anti-sickness medication and told me to come back if the problem persisted.

On returning to Oxford in the autumn I began to experience extreme dizziness as well. At its worst, I was waking up in the night with the room spinning. This was diagnosed as labyrinthitis, an inner-ear disorder most commonly seen in older people. The dizziness persisted into the New Year, and then my vision started to become blurry at times, especially in the afternoon. When I reported the latter symptom, I was simply told not to go on the Pill because I would be at risk of a stroke.  I never suffered from painful headaches.  In Oxford alone, I had seen four different doctors on multiple occasions, all of whom came up with a range of diagnoses and anti-sickness tablets.  It almost became normal to run to the bathroom as soon as I woke up.

By the end of May 2012, a year later, I was nearly at my lowest: exhausted, being sick every morning, dizzy, with no appetite.  I was unable to lie flat or turn sideways without feeling incredibly lightheaded; I couldn’t finish a can of Coke without needing to sit down.  I asked my GP for a specialist consultation and I was referred to a neurologist at last, although as a non-urgent case (my appointment was for 6th August).  It wasn’t until a wedding in June that my family became really alarmed at how ill I was.  My mother, a nurse, insisted that I go back to my GP to arrange an urgent appointment to see a consultant, if necessary, privately. Even at this point I was told that my symptoms were nothing serious.

The consultant neurologist diagnosed my brain tumour within ten minutes, though she waited for the confirmation from a CT scan before breaking the news. I was admitted to the John Radcliffe Hospital in Oxford that afternoon and prescribed the highest dose of dexamethasone steroids to help reduce the pressure in my brain. Thankfully I was with my mother and there were plenty of sympathetic staff.  I hadn’t even suspected that it could have been a brain tumour because I hadn’t suffered from headaches – so it was a big shock.

A few days later, I went through a very long operation (posterior fossa craniotomy) to debulk the tumour which removed all of the cancerous cells.  Post-surgery, I was told I would feel as if I’d been hit by a bus.  Never having been hit by a bus, I had no idea what to expect, so the alternative was “the worst hangover you’ll ever have”.  It wasn’t agonising pain, just very uncomfortable, and my energy levels dipped very suddenly.  It took about six weeks to recover properly.  The operation left me with double vision, but happily this corrected itself in three weeks (the given minimum time) whilst I was watching the Olympics.

We then had to wait for the histology results.  The tumour was an ependymoma – of which around 85% are benign – but mine wasn’t.  It was cancer.  Because of where my tumour was, surrounded by spinal fluid, I needed extensive radiotherapy treatment to my whole head and spine.

I was initially told in Oxford that this treatment could and most probably would damage my ovaries and my uterus.  This was more of a surprise than the brain tumour: I had never desperately wanted children, but I always thought I would have the option.  My boyfriend was absolutely brilliant throughout, but particularly so at this point.  I was offered the option of IVF, which we tried, but my medication had halted my periods and so my only option was to go ahead with the cancer treatment.

I decided to have my radiotherapy nearer to home at the Clatterbridge Cancer Centre on the Wirral.  From the beginning of September, I went to Clatterbridge five days a week, for seven weeks.  It was boring and tiring.  I was still taking steroids which made me gain weight and affected my personality.  My hair fell out.  I kept telling myself how lucky I was to be living in Britain in 2012.  Since I was admitted to hospital (as an NHS patient) I have received the most amazing care and support from staff as well as my friends and family.

My scan, before Christmas 2012, was clear, as was my scan the following April.  There was more cause to celebrate in January when my periods returned.  Moreover, it turned out that Clatterbridge offered a more advanced treatment process than Oxford (whose radiographers came to Clatterbridge one day to observe and learn from my sessions).  The radiotherapy beam stopped higher on my spine than it would have done in Oxford, going nowhere near my uterus – so I can, we understand, still have children.

We (my partner, family, friends, and I) have had one scare.  My scan in September 2013 was reported with concerns.  We always try and prepare ourselves for the worst case scenario, but it doesn’t always work.  Thankfully it was just scar tissue, but we had a horrible four days thinking it was something much worse.

The following month my boyfriend and I got engaged on holiday in San Francisco, and I’ve now been back in Oxford working on my PhD for a year. My hair is growing back and I’ve lost all the weight I gained when on the steriods.  I feel like a normal 26-year-old most of the time, but I still have a long way to go.  Cancer patients are often described as warriors, but really they have little control over their disease.

I came across the Brain Tumour Research website in September 2012.  As an aspiring university lecturer, I was drawn to a charity which dedicates itself to academic research.  A few friends had asked if I was raising money for any charity in particular, so I started a JustGiving page (http://www.justgiving.com/teams/brain-fixing) and have been amazed at how generous friends, family and complete strangers have been – together we have raised over £6,000 which will fund at least two days of research at a Brain Tumour Research-funded Centre of Excellence.

I have become personally involved with Brain Tumour Research because I believe a lack of awareness pervades the misdiagnoses of brain tumours and young people with cancer more generally.  Progress in research must be matched with increasing awareness. 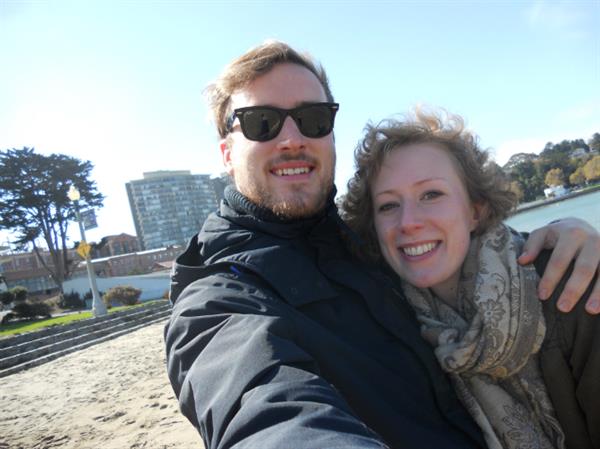