A happy, intelligent and friendly child, Elizabeth was one of four children. She was just 12 when she was diagnosed with a tumour on her pituitary gland. The life-saving surgery and complications which followed left her irreparably damaged and she remained in hospital for nearly two years. Now aged 30, Elizabeth has spent most of her adult life in care.

“After Elizabeth’s surgery, we remained hopeful but realistic about her condition. We have never given up on her and, over the years, we have somehow found a way to carry on. While the pain becomes easier to bear I now have increasing worries about what will happen in say five or 10 years’ time. What if I am no longer around to ensure Elizabeth gets the care she needs?

We do our best to enjoy her better days. When Elizabeth is well she has a lovely sense of humour, a lopsided smile and a great wolf whistle!”

When Elizabeth’s brain tumour was finally diagnosed she underwent surgery almost immediately. She was just 12 and we were of course hopeful that the operation would go as well as intended and remove as much of the tumour as possible. Sadly, the results were catastrophic and now 18 years later, we are living in a never-ending nightmare.

Though Elizabeth’s tumour was low-grade, or “benign” - a craniopharyngioma which was on the pituitary gland, the surgery was particularly complex, as the tumour was wrapped around major blood vessels. There had been no other option; without the operation Elizabeth would not survive and it soon became obvious to us that our little girl would never be the same and a brain stem stroke added to the damage caused during surgery. She remained in hospital for 20 months, in fact she never really came home. Now 30, she has spent the intervening years in hospitals and care homes and she now lives in a neuro-rehabilitation unit in Bury, Manchester.

The effect on our family has been devastating. Her quality of life is as good as it can be although it varies from day to day. Elizabeth is paralysed down her right side, and can only move her arm and hand on the left. She is blind, with limited understanding, and unreliable communication abilities. She can say some words which she uses to answer questions, but her words are not always clear.

As she has no pituitary gland she has complex drug needs which often leads to major seizures and the inevitable hospitalisation which is unwelcome and very difficult for us all to bear. We live on pretty much a constant call out, when the phone goes I travel to the hospital to be with her for up to three weeks at a time and we are all too well aware that the seizures could become life threatening.

Every day I feel as if we are on a roller coaster and can never get off; if Elizabeth has a good day it means she will inevitably be heading downwards towards a seizure, which can last for many minutes and that is very hard to take.

One of the hardest things to bear is that Elizabeth is now treated as an adult, yet she has never grown up. Emotionally she is a child but the drugs and her mobility issues have meant her weight has ballooned to 100kg (more than 15st) and, in an adult neuro-rehabilitation unit, she is often left alone, slumped in her hospital bed.

We visit her regularly of course and we have cuddles and kisses but gone are the days when she could come home for a visit and we could all be together for those special family occasions such as Christmas. Now her dad Ian and I will make the 90-minute round trip from our home in Chorley just to sit with her once the rest of the family has gone home after lunch.

As a child Elizabeth was happy, intelligent, and friendly. She has three siblings who were 16, 14 and seven when she was diagnosed at the age of 11. She had occasional headaches and visual problems and I took her to an optician who referred her to hospital. Things deteriorated until she lost the sight in her right eye. Out of desperation I contacted the NHS helpline and was told to take her to A&E at the Royal Preston Hospital. She was examined and had a CT scan which revealed a large brain tumour.

We were transferred to the neurosurgical unit at Manchester Children’s Hospital where she underwent extensive surgery four days later. Ironically an appointment for the eye clinic arrived the following day.

The operation took place in 1998 and, over the following few years, the tumour regrew twice. The first time the oncologist at Christie’s was willing to do radiotherapy, but did not recommend it as it could decrease Elizabeth’s quality of life even further. As part of the tumour was cystic the neurosurgeon inserted a drain and managed to shrink the tumour. It regrew once more but in a slightly different location which made radiotherapy a possibility as no further damage was likely to occur. Since then there has been no recurrence.

After Elizabeth’s surgery, we remained hopeful but realistic about her condition. We have never given up on her and, over the years, we have somehow found a way to carry on. While the pain becomes easier to bear I now have increasing worries about what will happen in say five or 10 years’ time. What if I am no longer around to ensure Elizabeth gets the care she needs?

We do our best to enjoy her better days. When Elizabeth is well she has a lovely sense of humour, a lopsided smile and a great wolf whistle!

If you have been inspired by Elizabeth’s story, you may like to make a donation via her brother Andy’s Virgin Money Giving page or leave a gift in your will via https://www.braintumourresearch.org/legacy


The views or opinions expressed within are not necessarily those of Brain Tumour Research. This content has been shared for information purposes only. Brain Tumour Research does not recommend or endorse any particular treatment. If you have or suspect you may have a health problem, you should consult your doctor or other suitably qualified medical professional. Our member charity brainstrust can provide additional information on treatment options. 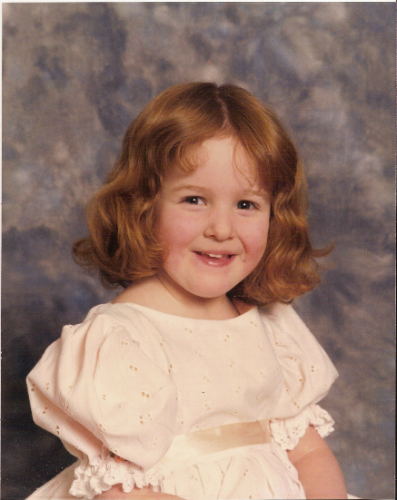