Father-of-four David Stubbs, from Stoke-on-Trent in Staffordshire, was diagnosed with a grade 1 meningioma in July 2021 at the age of 43, after suspected long COVID symptoms led to his diagnosis. As well as painful headaches and problems with his vision, David experienced a change in personality and extreme weight gain, later realising it was linked to his brain tumour. David lives with side effects of the tumour and is working with three leading brain tumour charities to raise awareness and fundraise to help other people living with their diagnosis.

Without the support of my fantastic wife, Rachel, I wouldn’t have come as far as I have in my brain tumour journey and recovery. We first met about 14 years ago at Staffordshire Police, where we both still work. I’ve got three grown-up children from a previous relationship aged 25, 22 and 19. Rachel and I have a nine-year-old son, Elijah, and as a family, we love to travel and over the last couple of years we have been able to explore more of the UK. I used to do clay pigeon shooting twice a month and loved reading, but I can’t do either of those things anymore.

For years I’d been suffering with headaches and around eight years ago I began to display a change in personality. It’s not something I noticed at first, but Rachel commented on how it was as if I went to work one day as myself, and came home someone different.

I became fixated on work, going in on my days off, needing to be involved in everything that I possibly could be, jumping from case to case, and my priorities became muddled. Having been in the force for 22 years, I was used to the fast pace and stress of difficult cases and a heavy workload and doctors put my change of personality down to work-related stress.

My weight also increased massively from 2013 to 2020; I went from 10 stone to 24 stone over the eight years. I also started to have problems with my vision and had high blood pressure which I thought was the work-related stress manifesting itself physically.

By the time December 2020 came around, watching TV was really blurry so I went to Specsavers in Leek, Staffordshire, where I was prescribed glasses and referred to my doctor with suspected diabetes. Sure enough, I was placed on medication for diabetes for six months.

In summer 2021 when COVID-19 was prevalent across the country, my change of personality meant I suffered with anxiety and paranoia and the pandemic only exaggerated these feelings, causing me to test regularly for COVID. In June I tested positive, even though I had no symptoms.

Two days into isolation it felt like there was an explosion in my head which became less severe if I kneeled on the floor and laid my head on the sofa. This continued for four weeks. I thought I might have long COVID, so I booked an appointment with my GP to get checked out. At this point I had also lost strength in my right arm and couldn’t clench my fist and the GP referred me for an urgent CT scan at Royal Stoke Hospital.

I remember vividly being told over the phone that the scan showed a suspected brain tumour and the next day I had an MRI scan to investigate the extent of the growth.

“Hearing those words was like a bombshell but I soon realised that if I hadn’t done that COVID test and suspected I had long COVID, I may never have got my diagnosis.” 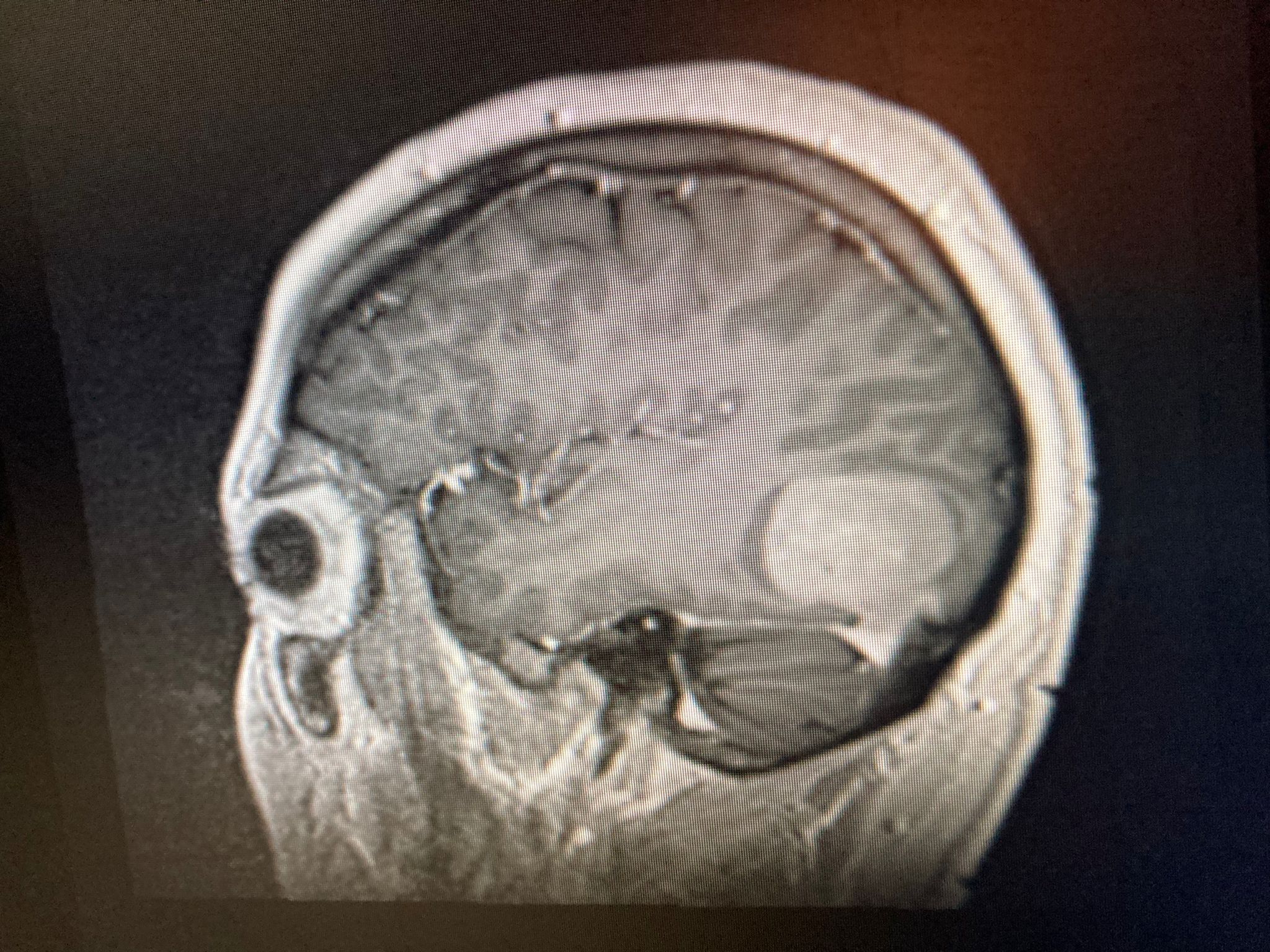 A couple of weeks before that, I was a normal bloke, and suddenly I was told I had a brain tumour.

Three weeks later, on 16 September, I had brain surgery, which was delayed due to COVID, and although it felt like being on death row, it allowed Rachel and me to make memories with Elijah and we travelled around the UK together. 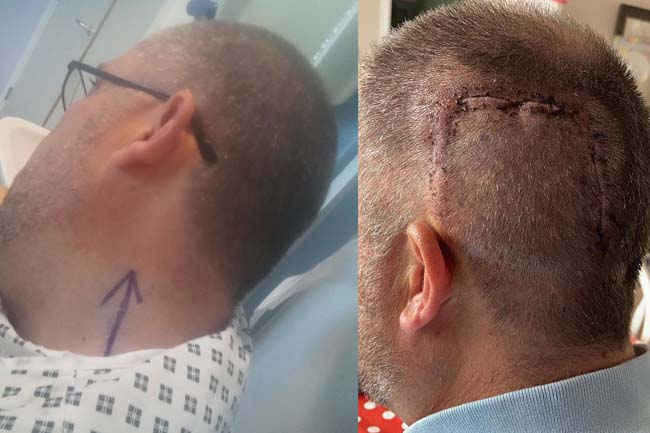 Due to how the mass was growing, surgeons had to leave residue of the tumour which, if removed, could have caused irreversible damage, or even death.

We explained my diagnosis to Elijah by showing him a satsuma, which was the same size as my tumour. Elijah grabbed it from me and nicknamed it ‘Eric the tumour’ and he held on to it until I was out of surgery. 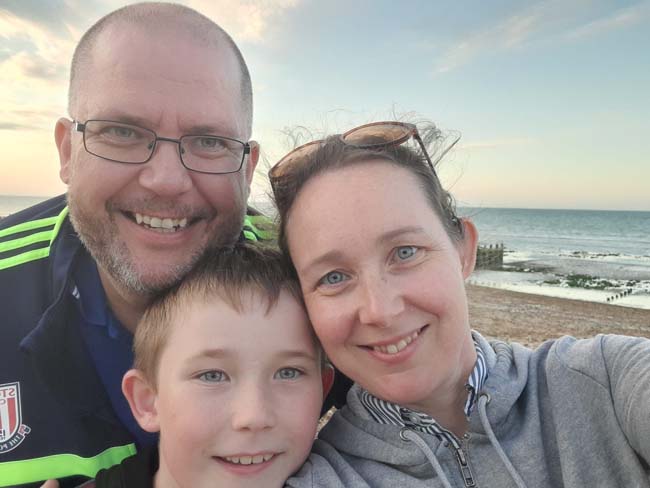 A biopsy diagnosed a low-grade meningioma which means over time, it can become more aggressive and I have a scan every 6-12 months to monitor this.

I am living with permanent side effects of the tumour, and although my personality now resembles what it used to be, I’ve been told I’ll never work on the frontline again. 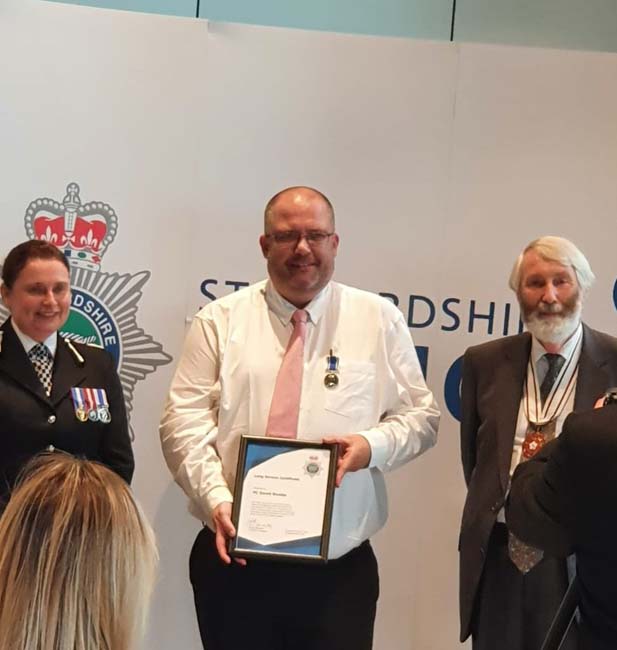 My energy levels can be very low, day-to-day activities are draining and I can’t play fight with Elijah anymore. It’s been six months since surgery and I still have difficulty lying down. I can’t lie on my left side, as I feel pressure in my head when I do. I can’t spend more than a couple of hours in bed at a time and struggle to sleep. I have had to invest in a reclining chair so I can sleep in a more upright position. I feel exhausted but can’t switch off.

Being diagnosed with a brain tumour can be very isolating and the stats around it are shocking.

I’m currently undergoing treatment at Castlebrae Police Treatment Centre in Auchterarder, Perthshire, in Scotland, to help with brain training, sleeping and coping mechanisms post-surgery and alongside my family, my peers at Staffordshire Police have been very supportive. 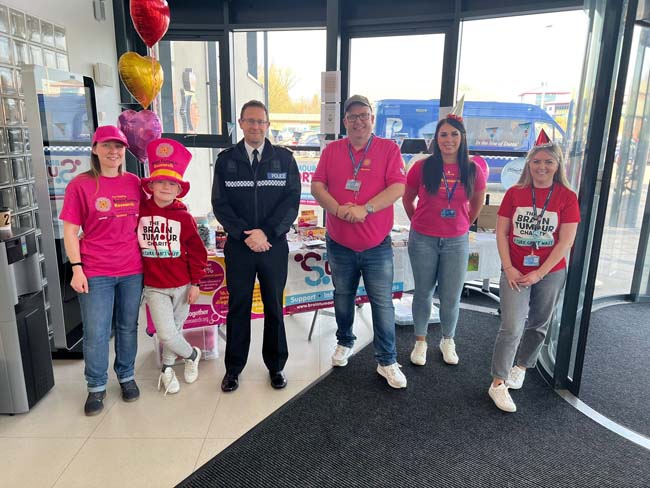 So far, we’ve raised almost £5,000 for three brain tumour charities including Brain Tumour Research by taking part in Wear A Hat Day, hosting bake sales and my wife even took part in a sponsored head shave which raised £3,000 alone. 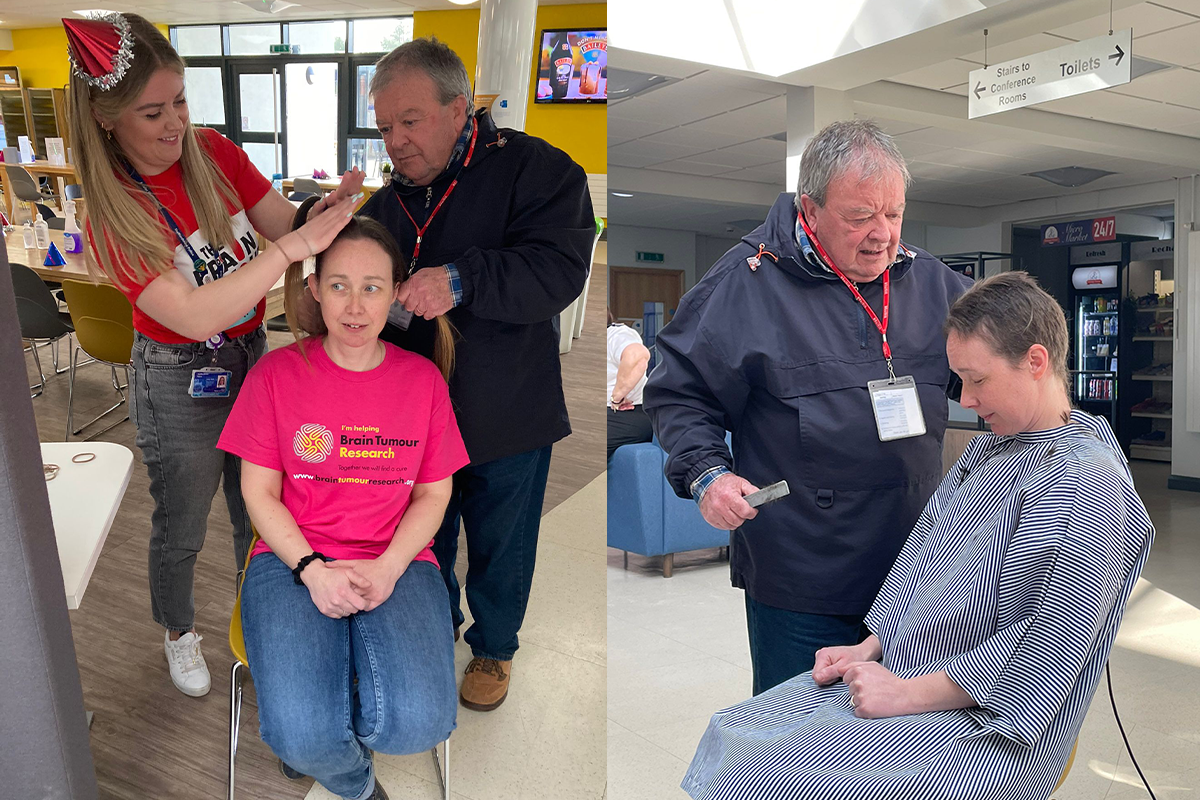 I thrive on positivity and it helps me to talk about my diagnosis and fundraising has given me something to focus on. If sharing my story can help someone else who may be going through their own diagnosis, then that adds to my positivity. 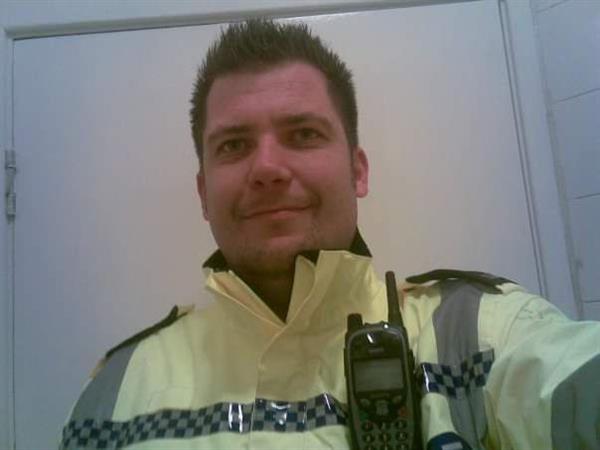