Clive Hawes, of Pitsford in Northamptonshire, was diagnosed with a meningioma in November 2021 after suffering a seizure during which he stopped breathing. A biopsy revealed it was low-grade and he underwent a craniotomy on New Year’s Eve, after which he opted to treat the residual tumour with holistic treatments rather than radiotherapy. It was during a follow-up MRI scan this October the 69-year-old discovered he had another tumour, a glioblastoma (GBM). He has now undergone an awake craniotomy and will soon be starting chemotherapy and radiotherapy.

I had experienced no symptoms of a brain tumour before having a seizure in November last year. I was talking to my wife, Jacqui, when I started feeling weird all of a sudden and went on to have a tonic-clonic seizure. I actually stopped breathing and turned blue, but Jacqui, who qualified as a psychiatric nurse and has experience of seizures through her epileptic son, knew what to do and put me in the recovery position. She called an ambulance and when the crew turned up, they revived me and took me to Northampton General Hospital. 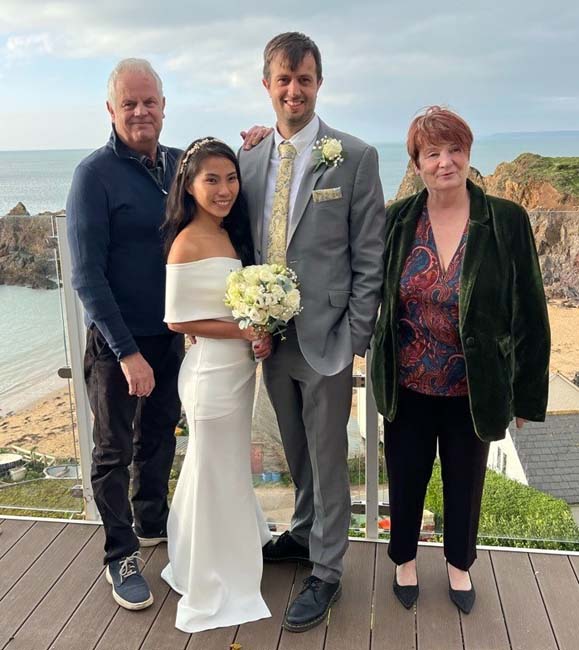 I was given a CT scan, an MRI and X-rays before being given the shocking news that I had a brain tumour. I was told it was a suspected high-grade meningioma but a biopsy revealed it was in fact grade 2. I was referred to the John Radcliffe Hospital in Oxford, where I underwent a craniotomy on New Year’s Eve.

“They removed as much of it as they could but it was close to a major vein, so they didn’t want to risk taking it all.” 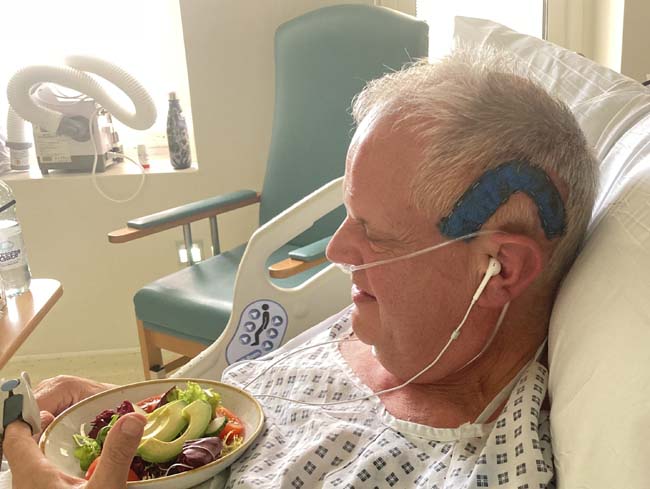 I had follow-up scans in January and April after which I decided, with the agreement of my oncologist, to treat my residual tumour using holistic therapies rather than radiotherapy. I’ve been using integrative medicine since the age of 13, although not to the exclusion of conventional medicine, and so that felt like the right thing to do at the time. I spoke to an integrative medical doctor who introduced me to a registered nutritional therapist to advise me on what diet to follow and what supplements to take. She told me about an inspirational book called Radical Remission, by Dr Kelly Turner, which I continue to listen to for help with my tumour. I also found a practitioner who specialises in Reiki and crystal healing. Of course there’s no way of knowing for sure, but I believe all this did help.

“I got mixed news following a scan in October.”

Whilst I learned that my residual tumour had stabilised and needed no further treatment, I also found out I had another tumour, a suspected high-grade glioma that required surgery. It was very upsetting news but I bounced back from it quickly. I couldn’t get a date at John Radcliffe soon enough to satisfy my surgeon, who was concerned about the aggressive nature of the tumour. Instead, I arranged to have the awake craniotomy done privately at the Wellington Hospital, in London. This was cancelled and rearranged twice, once because of an emergency and another because of a cyber-attack on a number of London hospitals, which took them out of service. 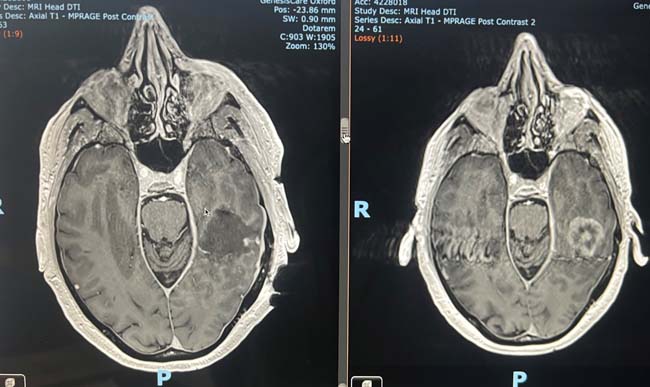 When it did eventually go ahead, I felt surprisingly calm and am glad to say it went very well. Before the surgery I was shown a variety of diagrams, words and sentences, with instructions on how to respond to them.

“I answered questions on them in a structured way whilst I was awake in theatre, which enabled my surgeons to know what was happening to my brain functions as they operated.”

The whole experience was hard to believe. The skill and dedication of the surgical team was remarkable and to be awake and talking to the brain function specialist while the tumour was being removed was really something. I actually got told off for laughing and joking with the specialist because I was making the surgeon’s job harder! 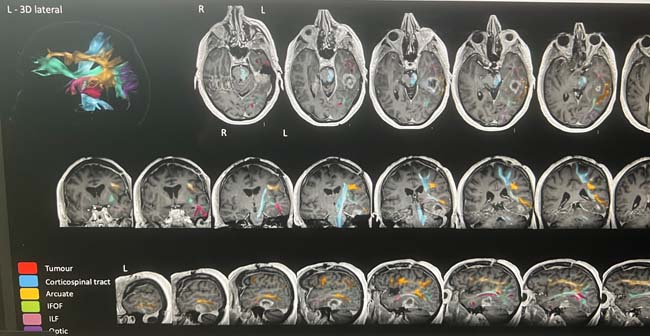 “I’ve been much better post-surgery than I feared I would be.”

I was really quite nervous about how the operation would affect me. The frustration –  if I allow myself to feel frustrated – is around words, particularly reading and writing, with a lesser effect on speech. Before I was diagnosed, I was learning French on an app called Duolingo and I have since found that I can understand the written word in French better than English. This confused me, until I realised that English is a tricky language and French the more straight forward of the two.

“I would say my speech, and my ability to think of the right words, has been impacted by about 20% and my reading by about 50%.”

Most people wouldn’t realise I have a slight speech impediment because I’m careful to choose words I can remember, but reading is trickier. I used to be an absolute bookworm, but I compensate now by using audio books, listening to the radio and watching YouTube and TV. 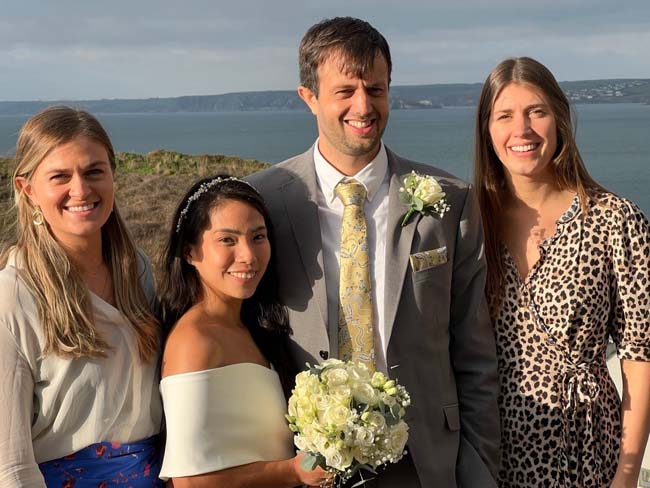 “They managed to remove all of the tumour, except two very small parts attached to a blood vessel because removing that would probably have caused me to have a stroke.”

I’ve since found out it is a glioblastoma (GBM), which means there are very likely to be cancerous cells remaining in my brain. I’m waiting to learn about the tumour’s genetic composition as this will affect my responsiveness to treatment. I had been expecting to start six weeks of combined radiotherapy and chemotherapy at Northampton General, followed by another six months of chemo, so I am waiting to see if this is still the case.

“After the discovery of my first tumour, I was put on a steroid called dexamethasone for about 14 weeks, and that proved to be bad news.”

Not only did it mess up my sleep patterns and reduce my levels of cortisol, but coming off a fairly high dose after so long resulted in me having ‘cold turkey’ drug withdrawal. My GP likened the length of high dose to being on an anabolic steroid. The second time, I was on the steroid for 11 days rather than 14 weeks so didn’t go through it the same way, which has made things easier. 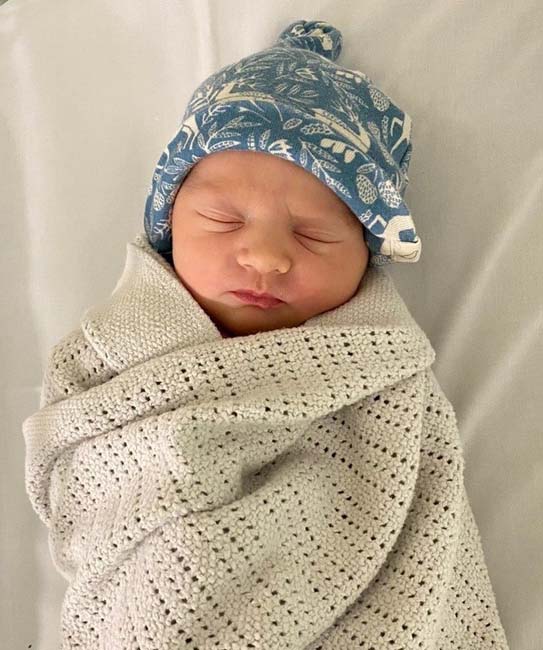 “Despite feeling generally upbeat, I have had a few low spots recently.”

However, I find the support I have helps me to feel stronger and pick myself up quickly. My first granddaughter, Willow, was born on 2 November and last weekend I joined family and friends celebrating my son’s wedding, so I have lots to live for and am focused on putting all my treatments behind me, hopefully for many years to come. 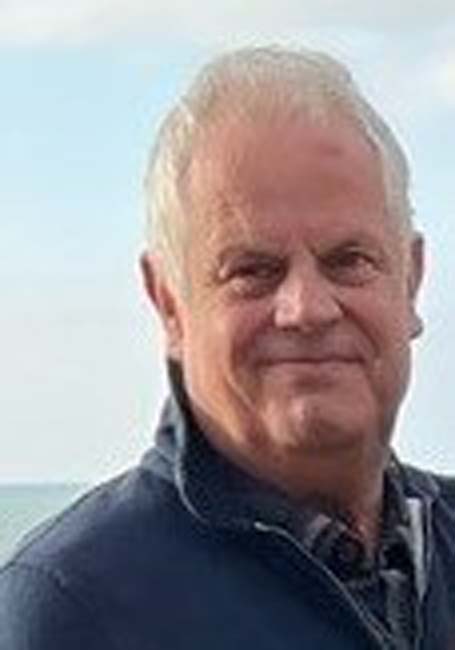