Claire, a French teacher at Stanton School in Milton Keynes, was diagnosed with a grade 2/3 astrocytoma in 2011, aged 51. She made a decision at the time that she wouldn’t be a victim and that she would live to be a grandmother. Nearly five years on she feels so blessed to still be here.

“I was given the news by a hard-nosed clinical nurse specialist because my neurosurgeon was called away on an emergency.  She walked in with a big white envelope and bluntly stated: “I know all about it.  There is no cure… but the good news is that you can have a bus pass.”

I had experienced headaches for years and kept going to see my GP who just treated me for migraines.  But eventually my husband noticed that at times I had little spells when I wasn’t quite right.  He noticed that the whole of my right side would go floppy and I would go a funny colour.  I wasn’t really aware of it, but I can remember a specific occasion when I was teaching French to a class of Year 5s and I could feel myself slurring.

I went to the GP and he signed me off and referred me for a neurological test.  There was an eight-week wait for an appointment, so my husband, Tony, who was by this stage more than a little concerned, paid for me to go privately to see a neurological consultant.  Unlike me, he was very aware of how often I was having my little episodes.  The doctor told me that he saw lots of patients with brain tumours, but I wasn’t one of them!  He even arranged for me to have a scan which according to him revealed that I had a cyst.

Not long after this, I collapsed with a massive blackout and was taken by ambulance to Milton Keynes General.  A doctor there recognised the signs immediately and before I knew it I was being taken to the John Radcliffe for an MRI, followed almost immediately by a six hour operation.

It was kind of a shock to find out in March 2011 that I did in fact have a brain tumour – an astrocytoma grade 2/3, especially as I was given the news by a hard-nosed clinical nurse specialist because my neurosurgeon was called away on an emergency.  She walked in with a big white envelope and bluntly stated: “I know all about it.  There is no cure… but the good news is that you can have a bus pass.”

Maybe it was the shock or maybe I just wanted to prove the nurse wrong, but I took the attitude that I was just going to get on with life – I wasn’t going to be a victim.  I have always been a positive person, but I suppose I have taken things for granted in the past.  You can’t control what happens to you, but you can control how you react to them.  So I told myself that day that I was going to carry on and that I WOULD be a grandma!

One of the worst things for me about being diagnosed with a brain tumour is that I had to hand in my driving licence for two years and the other was having radiotherapy.  I am very claustrophobic so having to be bolted down was a huge fear for me.  I had to really get myself psyched up to go through with it – meditation and Reiki helped.  I managed to make myself feel I was somewhere else and not actually there having radiotherapy.

And then, of course, my hair fell out, but I just told myself that vanity is no longer allowed!

By 2012, I felt well enough to go back to jogging to keep fit.  Thankfully I was no longer having those funny turns either, so in 2013 I decided to run the Silverstone half marathon and raise funds for Brain Tumour Research.  I couldn’t believe how I went from knowing nothing about brain tumours to suddenly finding out how common they were.  While I was having my radiotherapy, I learnt about four people who had recently been diagnosed with brain tumours and one of my Mum’s friends’ sons, who had a really good job in London, had also been diagnosed.  It is ridiculous that research into this massive cancer killer is so poorly funded.

Spurred on by my experience and half marathon, my eldest son Mark ran the London Marathon in 2014, raising just over £5,000 for Brain Tumour Research?

Not to be outdone by his elder brother, my youngest son, James, decided, along with a friend to attempt to row across the Atlantic (they had no previous history of rowing) to raise funds for Brain Tumour Research and Make A Wish.  I am trying not to worry about him as I only have myself to blame – I have brought up my sons to believe that nothing is impossible.

I made a decision when I was diagnosed not to be a victim and to live to be a grandmother.  Four and a half years on and I am still here – not a day goes by when I don’t feel grateful for being alive. 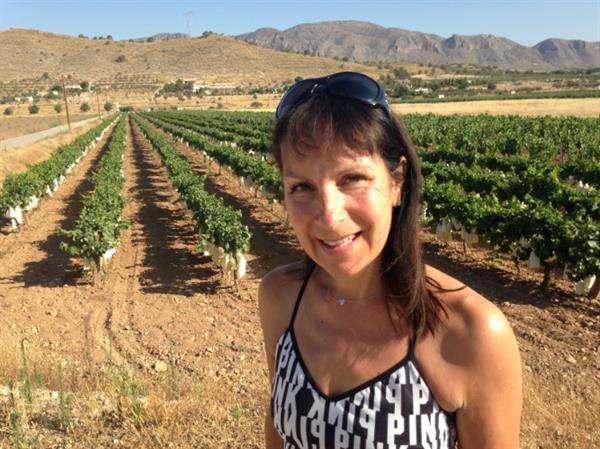