For hairstylist Claire Messer, the last thing she could have imagined was causing her hearing loss was a large brain tumour. After being diagnosed in 2015, Claire’s meningioma was successfully treated with gamma knife radiotherapy and now she is eagerly awaiting the birth of her first grandchild. She has also fundraised with her husband, Rod, and two daughters, Chloe and Celine, raising over £4,000 for the Brain Tumour Research charity.

“I was in utter disbelief. I shed tears out of anger and thought ‘I’m too young for this’. My diagnosis was a short, sharp shock that made me think about my own mortality. It was the moment I realised I wasn’t indestructible. I’m so grateful to have had such excellent treatment and because of this I’m determined to help others in a similar situation.”

Claire tells us her story…

My life was going perfectly well in August 2015 and I didn’t have the slightest inclination that I was living with a brain tumour. I was working as a hairstylist in local residential homes and lived in Crewkerne with my husband of 35 years, Rod, and our two daughters Chloe, 28 and Celine, 25.

I was active, healthy and rarely ill, although I had been suffering from a loss of hearing in my right ear. After struggling to hear conversations over the phone and at work, my family were nagging me to see a doctor. My daughters would constantly tell me ‘Mum – you’re going deaf!’.

Eventually, I gave in to my family’s requests and saw an audiologist in Yeovil, who conducted a routine hearing test. He thought that there was some degeneration in both of my ears and offered me hearing aids. However, I was adamant that I wasn’t going deaf and, refusing to believe that I needed hearing aids, he referred me to my GP.

After seeing my GP, I was referred to the ENT department at Musgrove Park Hospital in Taunton. I explained to the doctors that I was convinced I wasn’t going deaf and I didn’t want hearing aids, so they booked me in for an MRI scan.

I received a phone call shortly after my scan and was told that I needed to go back to the hospital immediately. Even as I arrived at hospital, on a Sunday, after a cancellation, it didn’t trigger in my mind that something might be seriously wrong.

When Rod and I got to the hospital, all the lights were off and the corridors were all empty. It was then I began to think that there might be something sinister to blame for my hearing loss. We met with a consultant who told us that I had a large acoustic neuroma that had likely been in my brain for a number of years. I was in utter disbelief. I shed tears out of anger and thought ‘I’m too young for this’. A nurse offered me a cup of tea, which is always the best medicine – although I think to be honest I would have preferred a bottle of wine. I then awaited an appointment at the Bristol Royal Infirmary.

The next few months turned out to be the hardest in my entire life. I felt so ignorant about my diagnosis but was too afraid to Google it. It felt like I didn’t have a clue what was happening in my life and I had visions of leaving home with a suitcase to spend weeks in hospital for the most agonising brain surgery.

In November 2015, I met with a consultant at the Bristol Royal Infirmary, who reclassified my tumour as a small-to-medium meningioma. The tumour is deeper in my brain than the doctors had initially thought, meaning surgery would have been a riskier option. Instead, I was offered one dose of gamma knife radiotherapy, which would last for an hour and 45 minutes.

From the moment my radiotherapy began, my outlook on my illness completely changed and I was filled with a feeling of hope. I felt very grateful for being able to have the treatment and I had faith that it would work. I put my life in the hands of the skilled medical professionals who I knew had so much knowledge and discipline. I was truly in awe of them. The radiotherapy was a painless experience and I was able to close my eyes and relax, listening to Radio 2.

I was advised to wait a year for my follow-up scan after the treatment, unless I had any change in symptoms. So, one year later, in November 2016, I returned to the Bristol Royal Infirmary for my scan and was delighted to find out that the radiotherapy had stunted my tumour’s growth and had even slightly shrunk it.

In May 2017, a follow-up scan also showed no regrowth and more recently, in June 2018, I was again told that there were no changes. Now, I don’t need another scan for two years and, in the meantime, I’m absolutely determined to live my life to the full.

My diagnosis was a short, sharp shock that made me think about my own mortality. It was the moment I realised I wasn’t indestructible. I’m so grateful to have had such excellent treatment and because of this I’m determined to help others in a similar situation. I first heard about the Brain Tumour Research charity after a quick Google search. The fact that the charity funds sustainable and continuous research into brain tumours stood out for me. I was also shocked by how little money is spent on research into the disease – just 1% of the national spend on cancer research has been allocated to this devastating illness. For me, this is the scariest cancer, the brain is so complex and controls every element of your personality. I’m devastated that it is so common in children and I really feel the frustration of the scientists who are searching for a cure with such limited funds.

Because of this, I wanted to fundraise for the cause. I never really got round to doing anything until Celine finally said ‘right Mum, we’ve got to give something back.’ My daughters, Rod and I held a football tournament in 2016 and last year we hosted a masquerade ball. We are also hosting a winter wonderland ball at Haselbury Mill on 17th November 2018, with a fantastic band, the Indie National. The support we have had has been wonderful and lots of our friends, family and Crewkerne residents have attended the fundraisers. We are proud to have raised over £4,000 for Brain Tumour Research.

My preparation for this year’s ball is somewhat delayed by the upcoming arrival of my first grandchild. Chloe’s child is due in three weeks’ time and I can’t wait to welcome the baby into our family. I feel very privileged to be alive for that very special moment. 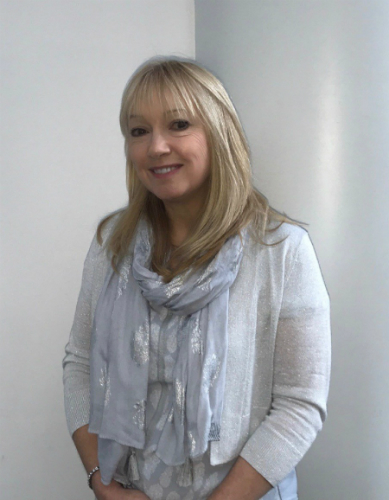