Christine was in her fifties when she began to experience strange symptoms. She put these down to the menopause and stress at work but one night, when she was woken up by paramedics, she found herself at the start of a long and life-changing journey. She was diagnosed with a meningioma and underwent a seven-hour operation. Many ups and downs later, Christine is grateful to be alive, determined to live her life in the moment and not worry too much about the future.

“My experience taught me that you never know what’s around the corner. Within one day, my life turned upside down. I feel grateful that my tumour was low-grade, but I realise it still could have killed me. I don’t like planning ahead anymore because life can be so unpredictable. For now, I want to enjoy time with my family and live in the moment.”

It all started in 2011, I was 55-years-old, had a stressful job in purchasing and was working really hard. I’d been feeling dizzy and had a bloodshot eye but I put these down to the menopause and stress at work. This continued for a number of months.

One day in February, I was at work when suddenly the black letters on my computer were going blue. Later I was given some papers but kept swapping them around and was really confused. I called my partner Stephane to pick me up as I didn’t feel well enough to take the bus home.

When I went to the bathroom, the whole room started rotating and I couldn’t find the door to get out. I called for Stephane: ‘Help me, I can’t get out!’.

I went to sleep after this and when I woke up, there were paramedics leaning over me. I had a seizure while asleep and Stephane called an ambulance which took me straight for an MRI. Immediately after the scan, the radiologist said I had a brain tumour, which was such a traumatic way to be told. I was extremely worried but was unable to see a specialist at that time.

When I discussed my situation with a neurologist a few days later, I was told my tumour was most probably a meningioma and that surgery was the only option.

Living in Inverness, in the north of Scotland, meant there was no local neurosurgical department and I was referred to a neurosurgeon in Aberdeen. He wanted to operate quite quickly.

I was really worried. I’d never had surgery before and having such a complicated operation was like diving straight into the deep end. Plus, the fact that we had to travel to Aberdeen didn’t make things any easier. It’s a 90 mile drive from where we live and the hospital had to arrange accommodation for Stephane. The craniotomy was on 22 April, 2011. I was very lucky; my surgeon was absolutely brilliant. It lasted seven hours and I woke up with 42 staples and in a lot of pain.

As suspected, it had been a meningioma. They completely removed it and it was the size of an orange. Stephane was shocked. He joked about how I could have possibly functioned with such a massive thing in my brain. I really struggle to understand it myself.

Because the whole tumour was removed successfully, I didn’t need to have radiotherapy, which was great. However, the operation left me with epilepsy, no peripheral vision in my right eye and weakness in my right hand.

I was taking anti-epilepsy medication but it was making me really sleepy. Three years later in 2014, I had no fits (only partial seizures when I was stressed) and I really wanted to come off the pills. I eventually did in 2015.

The aftermath of surgery also had a number of psychological effects. I was off work for six months and then worked from home as a consultant. The diagnosis led to the loss of my confidence. I felt isolated and scared to leave the house in case I would have a fit. I couldn’t handle crowds or be in noisy environments.

There was a slight chance of the tumour returning which also kept me on my toes. The last scan in June 2018 showed all clear and it was a massive relief.

Reading the Brain Tumour Research report on the financial and social impact of a brain tumour makes me think I was very lucky because we were both working full-time and had a car so could afford the 90 mile trip there and 90 miles back which we had to do a couple of times. We could also pay for accommodation for Stephane to stay near the hospital but it must be hard for some people who don't have transport or the funds to pay for the expenses.

My experience taught me that you never know what’s around the corner. Within one day, my life turned upside down. I feel grateful that my tumour was low-grade, but I realise it still could have killed me. I don’t like planning ahead anymore because life can be so unpredictable. For now, I want to enjoy time with my family and live in the moment.


Brain tumours are indiscriminate; they can affect anyone at any age. What’s more, they kill more children and adults under the age of 40 than any other cancer... yet just 1% of the national spend on cancer research has been allocated to this devastating disease. 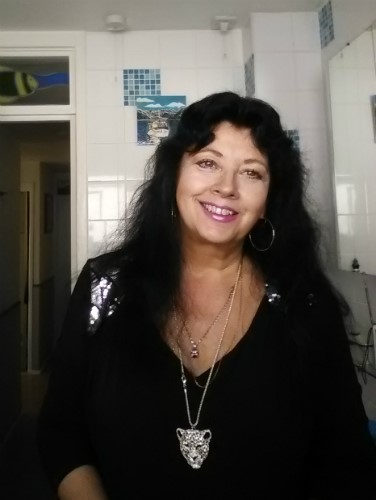