Social media account executive Charlie Sharpe, from Central London, is celebrating being cancer free following a shock brain tumour diagnosis in 2019. The 25-year-old, who grew up in Epsom, Surrey, was diagnosed with a type of germ cell tumour (GCT) called a germinoma after a Specsavers optician referred him for an MRI scan, which detected his tumour. Charlie underwent proton beam therapy, which was successful and he has now been given the all-clear, although continues to be monitored with annual scans. He is back at work part-time and has galvanised his colleagues to join him in supporting Brain Tumour Research to help support others affected by the disease.

I had nothing you would consider to be a brain tumour symptom, other than a slight turn in right eye, which I thought was a ‘lazy eye’. In March 2019, I went for an eye test at Cardinal Place Specsavers near Victoria Station, close to where I live in Central London.

“They obviously spotted something that wasn’t right, as they sent me for an MRI scan at Hammersmith Hospital the following month.”

Two months later, in June 2019, I received a letter inviting me into Charing Cross Hospital oncology department. I phoned them to ask what the appointment was for but they couldn’t tell me. I was worried but I spoke to my mate at work and she reassured me that it was probably just precautionary. I went in for my appointment and met the oncologist and he asked if he knew why I was there. I explained that I didn’t and he went on to tell me that I had a ‘small but treatable’ brain tumour. Needless to say, it was a huge shock but the fact that it could be treated was a relief.

The months that followed involved a lot of to-ing and fro-ing between oncology and neurosurgery at Charing Cross, as my medical team tried to decide on the best plan of action. The oncologist initially said I would need six months of chemotherapy but the following week I was told that couldn’t happen until I’d had a biopsy. Another week later, I spoke to a neurosurgeon, who said that the tumour wasn’t big enough to be able to carry out the biopsy. Eventually, my mother managed to get a referral to Dr Jeremy Rees, a consultant neurologist at The National Hospital for Neurology and Neurosurgery (NHNN) in Queen Square. He was absolutely brilliant. He tested me for various neurological and inflammatory conditions and finally concluded they would need to do a biopsy.

The next step was a meeting with neurosurgeon Professor Andrew McEvoy. He assessed the situation and said he wasn’t comfortable going in yet, as the tumour was still a very small target. It was in my mid-brain, meaning the stakes were extremely high. Instead, they adopted a ‘watch and wait’ approach until May 2020, when the tumour was considered big enough to take a biopsy.

The timing of my surgery, in the thick of the first wave of the COVID-19 pandemic, meant that I couldn’t take anyone into hospital with me. So, my petrified parents dropped me off at the door, not knowing whether the next time they saw me I’d be the same person as before, or even whether I would survive the risky operation at all. Thankfully, the biopsy was successful. It revealed that my tumour was a germinoma, which is the most common type of central nervous system (CNS) germ cell tumour.

Between July and August 2020, I underwent a type of targeted radiotherapy known as proton beam therapy. My family and I stayed in Manchester for the duration of my treatment, as it was only available at the Christie Hospital and nowhere closer to home. Treatment was difficult but the effects truly hit me in September 2020 when crippling fatigue set in, I was in and out of hospital due to complications with my cortisol levels and contracting COVID-19. 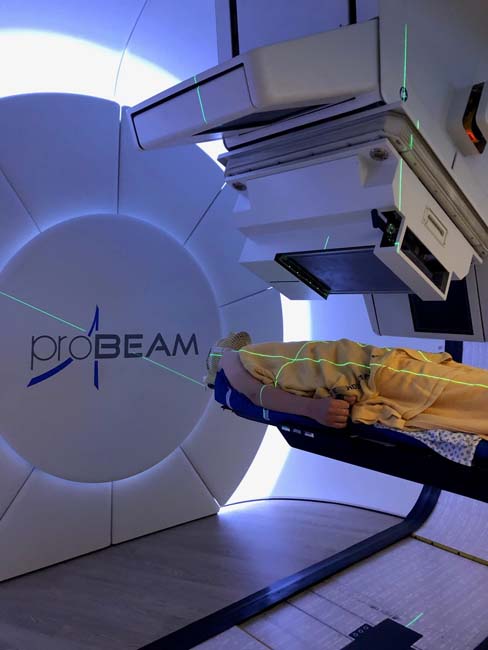 “I have now been given the all-clear, although I continue to be monitored with annual scans, but it is only within the last month that I have fully recovered from the resulting fatigue.”

I always say to people that the period post-treatment was harder than pre-treatment. I was living at home with my parents and younger sister, who did a great job of looking after me. I would wake up every morning feeling like I had the flu. Walking from my bedroom to the kitchen would take all my energy. I found that doing regular yoga made a huge difference and I made sure I got out of bed every day - except the days before being admitted to hospital - and that I did a short walk around a nearby cul de sac. I also spoke to a psychologist throughout; being 24 and being told I might leave hospital in a wheelchair or dead was incredibly hard to deal with. I also maintained a strict policy of making light of the whole thing. I made sick jokes about my condition to avoid having to face the grim reality of the situation.

It was eight months until I was able to go back to work on a phased return. I’ve worked for the Islington-based communications agency, Battenhall, since I was a 17-year-old intern. They’ve been fantastic employers, supporting me throughout my ordeal and leaving my job open to come back to when I was ready. I was also incredibly grateful to have their support when I suggested the company took part in Wear A Christmas Hat Day for Brain Tumour Research. Around 60 of my colleagues donned our festive hats during a remote meeting to help raise awareness and vital funds. 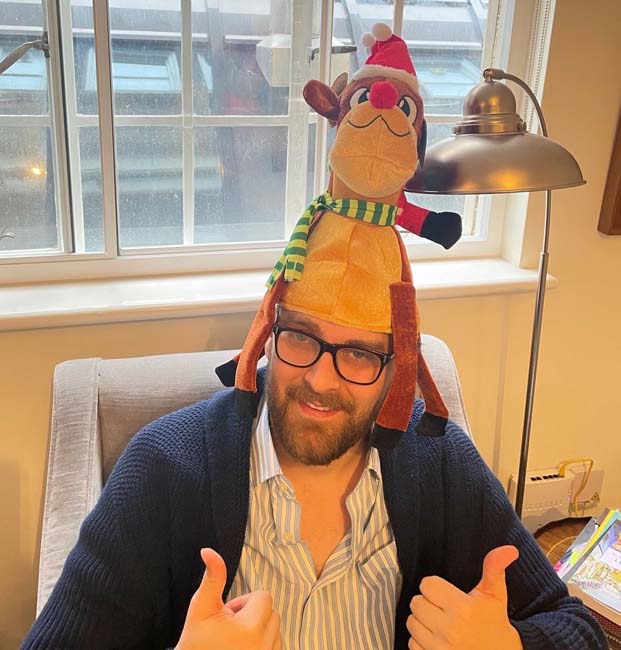 “Colleagues from as far away as America and Dubai joined in virtually and it was really humbling to see everyone having a bit of fun to get behind such an important cause.”

As well as fundraising, I’m also keen to get involved in the campaigning side of the work carried out by Brain Tumour Research. Earlier this month I was privileged to attend the All-Party Parliamentary Group on Brain Tumours (APPGBT) meeting, for which the charity holds the secretariat. It was incredibly moving to hear stories of others affected by the disease and I was pleased to be able to speak about my own experience and the impact of my treatment.

Historically, only 1% of the national spend on cancer research goes to brain tumours so it’s no surprise that so few have positive outcomes. The fact that mine did is down to good luck, quite frankly. I was very lucky but around August this year, sadly, I lost a family friend to a brain tumour and I just found out another family friend is unwell with one. Unfortunately, it doesn’t stop there; my managing director has a low-grade one and another colleague of mine lost a friend to a brain tumour a few weeks ago. They seem to be everywhere but for some reason research to find a cure is so underfunded and I think that is utterly ridiculous. 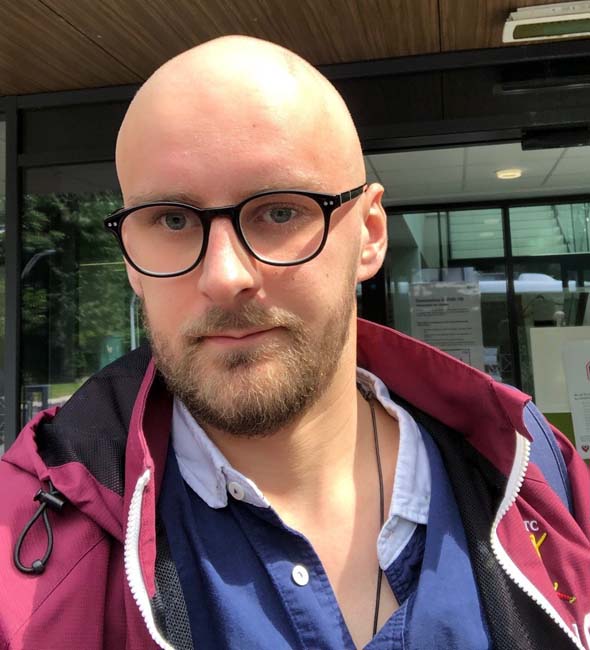