Caroline was 13 when she was diagnosed with a pituitary gland brain tumour after her mother finally managed to persuade doctors to take her worrying weight gain and growth seriously. For a number of years, she had been told to get Caroline to lose weight. Caroline underwent surgery twice because the tumour returned and now, aged 26, she will have to take medication for the rest of her life after her pituitary gland was damaged during surgery.

Initially, I wasn’t really aware that there was a problem, but Mum knew something wasn’t right. She could see I was growing at an alarming rate and putting on lots of weight, despite not eating excessively, but was fobbed off by GPs and told to put me on a diet or take me to Weight Watchers. At some point, a school nurse agreed with Mum that something wasn’t right. 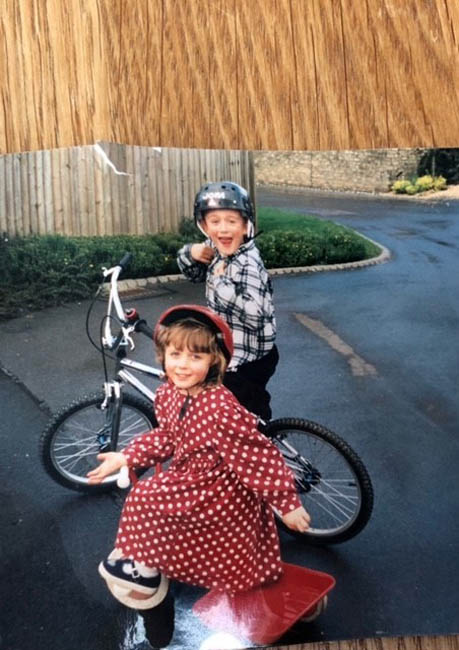 “By the time Mum managed to get a doctor to take it seriously I was 13 years old, 5ft 10” tall, had size nine feet and was wearing a size 16 to 18 in clothes – my body looked swollen. On top of this, my face was very swollen with my eyes sunken into my face.”

I was picked on at school – no one wanted to be my friend – so I used to spend break times on my own. Eventually, I moved to Bedford High School which was much better. Not only did I make really good friends, some of whom I remain close to today, I also found I was being challenged more academically.

Just six months after moving to my new school, however, in February 2008, I was diagnosed with a brain tumour after being referred to an endocrinologist. I had undergone various tests. My sugar levels were found to be very high and initially they suspected diabetes. Then I had a head scan as a precaution and a week later we were called back to the hospital for the results. The doctor told us there was a tumour on my pituitary gland that was secreting a growth hormone, which explained my size. 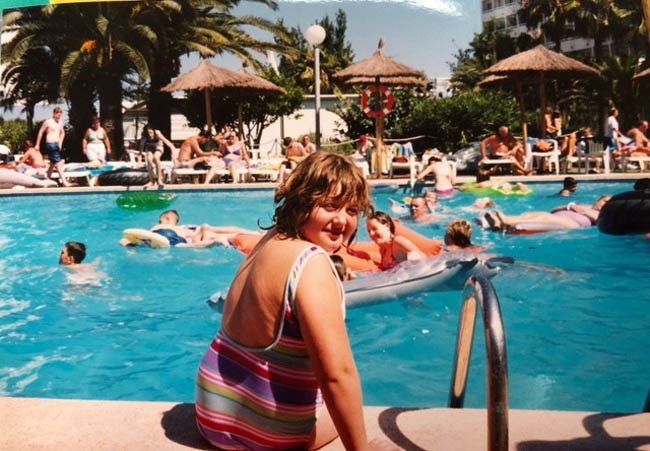 The first step was to put me onto a series of monthly injections to bring down the production of the growth hormone IGF-1. On the days I was given the injection it made me feel very sick and I felt very poorly for two or three days afterwards.

Then in July I had another scan. Sadly, this showed that the tumour had grown further and I was told it needed to be removed. I remember Mum telling me I needed surgery and, at first, I felt OK about it, but later when we told school and I started telling my friends it began to sink in that it was serious and I started to feel scared.

“I had the surgery through my nose in October 2008 at the Royal Free Hospital in London and because I was 14 by then I had to go on an adult ward. I remember having the pre-op and hearing about all the risks, including death. It was really terrifying.”

The operation was successful in getting rid of the majority of the tumour, but I was warned there might be a little bit left. I came round from surgery to find I was constantly thirsty. I was drinking litres and litres of water but nothing would quench my thirst.

“A day later doctors realised that my pituitary gland had been damaged causing the hormone which controls the kidneys to stop working. It has meant that I have to take medication for the rest of my life, ensure I stay well-hydrated and I have to control the sodium in my diet otherwise it could be life-threatening.”

Two days later I suffered a cerebrospinal fluid (CSF) leak – so almost everything they said could happen, actually did! It meant that I had to have more surgery to have the leak plugged and was in the hospital for a further week. 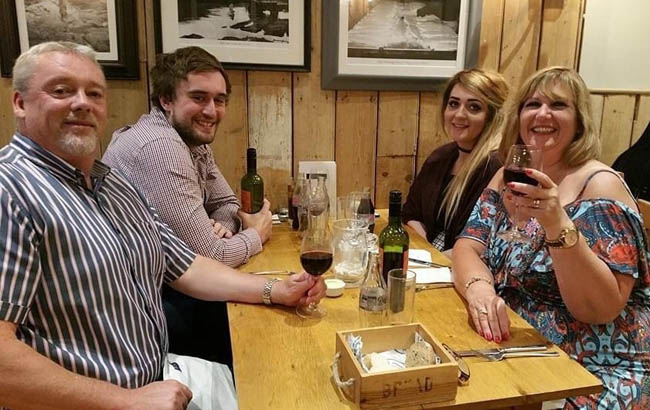 I was put on medication to bring down my levels of growth hormone as before.

I had annual scans to check that all was well, but in November 2016 I started having really bad headaches and in 2017 I had a scan. They couldn’t tell whether I had scar tissue or whether the tumour had grown and I was referred back to the Royal Free Hospital. I was told that the tumour had come back and I would need to have it removed. It explained why I was having all the headaches which had originally been put down to stress, the time of the month, or something I was eating.

“At first, I was happy to have a reason for the headaches, but then I broke down and was devastated that the tumour had come back. I had just started dating someone a month before and had recently started a new job which I loved.”

I went to a very dark place and was convinced I was going to lose my boyfriend and my job. When I did tell my partner Jack, happily he convinced me he was going to stick with me and work was very supportive too. 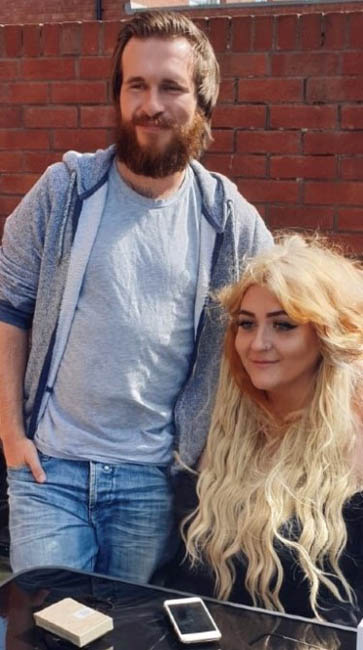 I underwent my second surgery at the National Hospital of Neurosurgery in Queen’s Square, London. It all went fine until I contracted meningitis a week later and had to stay in the hospital for another week.

Sadly, after the operation, I continued to suffer from headaches every day which can also be accompanied by nose bleeds. I am under neurology to try and sort out the issue as sometimes an attack can last a week. They have tried putting me on anti-seizure medication to try and calm my brain, but it doesn’t seem to be helping. Having headaches does have a profound effect. It means I shy away from making plans because I don’t want to then have to cancel them and let people down. I also try not to get excited about things as that can bring on a headache. I feel really guilty if I have to take time off work and try to keep going because working helps me take my mind off my headache.

Obviously, my feet have remained a size nine, my hands are still quite big and my height hasn’t changed. However, my weight isn’t such a problem, although I will never be slim, and my face hasn’t changed as dramatically as it would have done if I had been diagnosed after puberty, which is quite lucky.

“But I will never know what I would have looked like if I hadn’t had the pituitary gland brain tumour.” 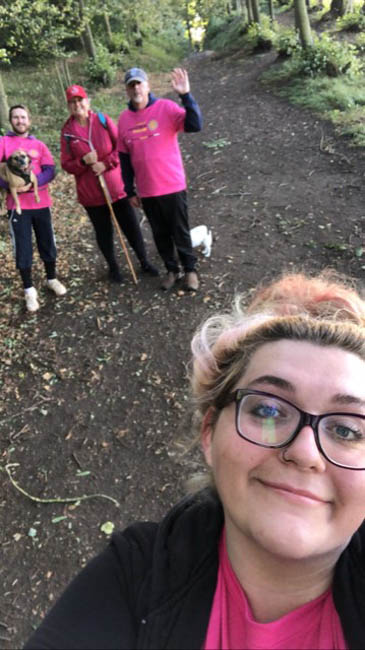 I am determined to raise awareness of the need for more funding for research into brain tumours to bring about better outcomes for patients. Along with my parents, I took on a Walk of Hope for Brain Tumour Research and am so grateful to everyone who donated to my Just Giving page. 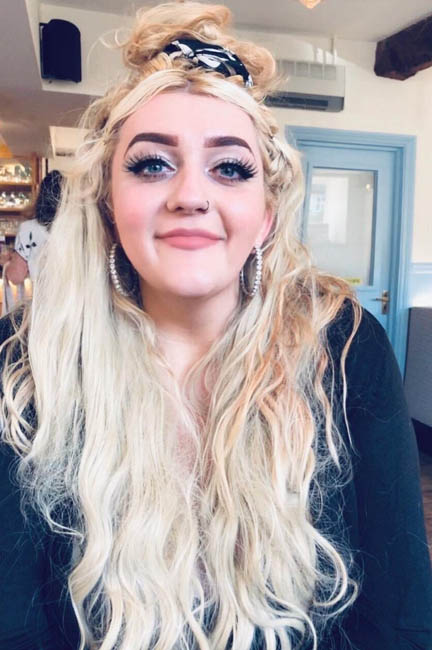