Grandfather-of-six Bill Smith, from Sheffield, was diagnosed with a brain tumour in April 2021. Having overcome bowel cancer three years prior to his diagnosis, the retired induction hardener initially feared the tumour was high-grade. Luckily, Bill’s tumour was a low-grade meningioma unrelated to his previous cancer. Surgeons were able to remove the tumour during a three-hour operation. He has bounced back to good health and his post-operative scans remain clear.

It all started in May 2020, when Bill fell off the garden wall while he was doing some gardening. He fractured his wrist and broke a bone in his other arm. After that, he complained a lot of pain in his back, which he assumed was due to his fall.

In June that year he saw the GP and was referred for physiotherapy in August. They decided he had a trapped nerve in his L5 vertebra and gave him exercises to do over the next few months. However, rather than getting better, Bill’s condition seemed to be worsening. We noticed his gait was altering. He couldn’t lift his right leg and he didn’t have much strength in his right arm. He would stumble a lot. I counted the falls he had and it amounted to 14. His 14th fall happened when he was out on a walk and he ended up lying on the ground for 15 minutes, waiting for someone to come and help. Luckily, a neighbour found him on the footpath where he’d fallen.

“In December, I phoned the physiotherapist and explained the situation. The physio said he would make a referral for Bill to have an MRI scan of his spine.”

The physio had also suggested that we should ask our GP to refer Bill for a head scan, so, in January, we made an appointment with the doctor. She did all sorts of tests and thought that he might have Parkinson’s disease, so referred him to see a specialist. In the meantime, he had his spinal MRI scan and while we were waiting for the results, on 9 March, Bill had a virtual appointment with the Parkinson’s specialist. She wanted to put him on medication for Parkinson’s but decided to wait until we’d had the results of the spinal MRI. She also referred him for a brain scan.

On 16 March, we went to see the spinal doctor for the scan results and were told Bill had disc compression. He wanted to do further neurological tests, however. A month later, on 15 April, Bill had his brain scan and we were told someone would be in touch with the results. Two weeks on a bluntly-written letter landed on the doormat saying he had a meningioma brain tumour. It was the first we’d heard about it and I was shocked that the news was broken in this way and not in person or at least on the telephone. We were upset and worried, as we didn’t know what the diagnosis meant.

I went straight to our doctor’s surgery but they wouldn’t let us in, as they were still operating under strict COVID-19 guidelines. I wanted to see a doctor, as I had so many questions but I had to settle for a telephone call, during which I expressed my concerns.

“I told the GP that their procedures and protocols might need looking at, as it wasn’t acceptable to receive such alarming news in a letter, without having been told beforehand of its contents.”

On Saturday 1 May, we got a call from Royal Hallamshire Hospital. Whether or not that phone call was prompted by the GP surgery, I don’t know. The doctor prescribed steroids for Bill to reduce the build-up of fluid in his head. It transpired that the fluid was putting pressure on a nerve in the back of his neck and that was causing his mobility problems. 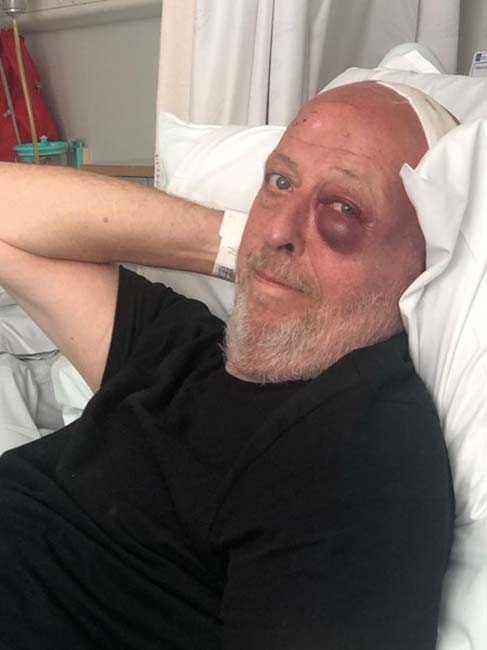 On 6 May Bill and I went to meet a consultant at the hospital and a week later he underwent a three-hour craniotomy to remove the tumour. Thankfully, it was a straightforward procedure. The surgeon said afterwards that it wasn’t connected to anything else in Bill’s brain, so he was able to get all of it. He had the operation on the Friday afternoon and by Sunday evening, I was able to go and collect him. However, as his medication wasn’t ready when I got to the hospital, I refused to bring him home until the following day. 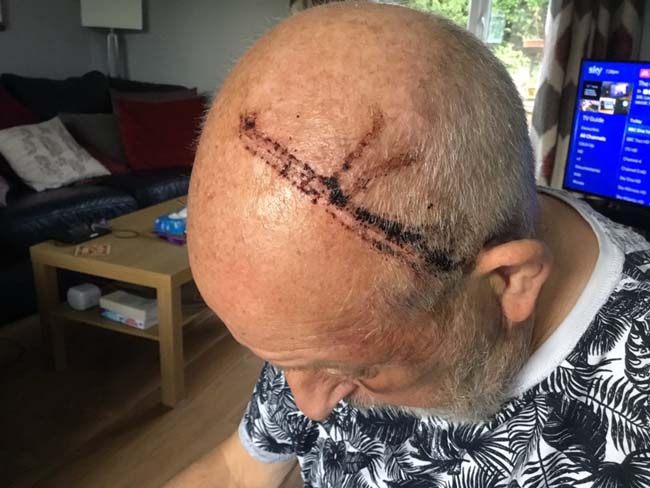 After Bill’s surgery, he felt amazing. The district nurses came to remove the staples and the therapy team made sure he had all the aids he needed to help him at home. We had visits from the cognitive team as well and they were really pleased with his progress. On 10 June Bill had an appointment about his suspected Parkinson’s and it was decided there were no longer any signs of the disease, so he was discharged. On 29 July I phoned the hospital to find out the results of the biopsy.

“The neurosurgeon said it was definitely a low-grade tumour and that no further treatment would be required. It felt like a miracle.”

Within a week of having the operation, Bill’s walking was so much better. It was absolutely amazing to see. The feeling came back in his hand and his mood improved as well. Bill has always been a glass-half-empty man. Now, his glass is definitely half-full. 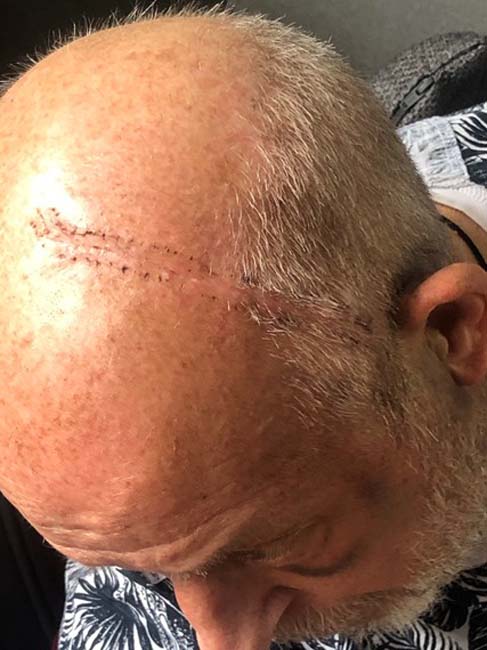 I think the fact that Bill managed to maintain a positive mental attitude following his diagnosis and during his treatment helped him to cope so well. Being hopeful definitely made a difference and I would urge anyone faced with a similarly daunting diagnosis to try to remain positive if they can. I realise that not all brain tumour patients are as lucky as Bill but I’m truly grateful for the research that has happened in the past, which meant he was able to be treated successfully. We don’t take anything for granted. 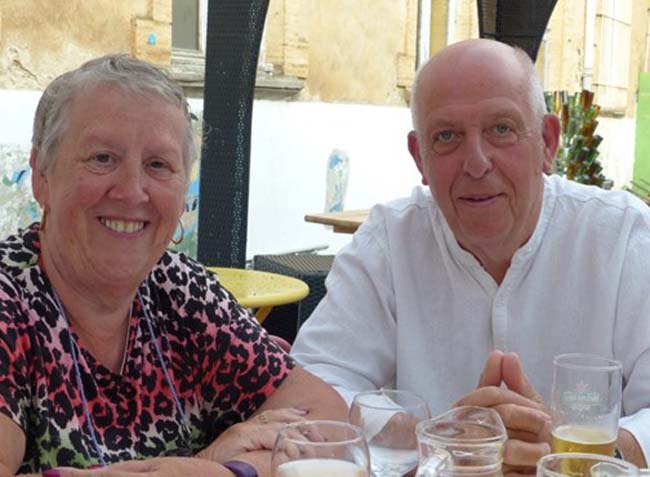 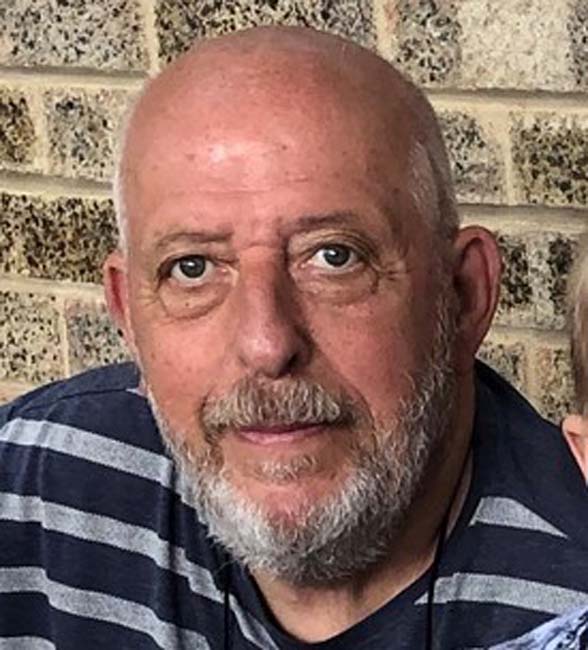