Beverley had always been healthy and active until she suddenly started having excruciating headaches and vomiting. She was eventually diagnosed with a low-grade haemangioblastoma and underwent surgery which, happily, was successful in removing the tumour. Now, 10 years on, she feels it is as if the experience never happened.

“I am so thankful I was lucky enough to have the type of brain tumour I had, but I am very conscious that the prognosis for the vast majority of brain tumour patients is not nearly so rosy. I am sharing my story to help raise awareness because I know that much more research needs to happen to find a cure.”

Up until the end of 2007, I had always been pretty healthy and active. I was a busy mum to Jessica, then aged 10. Her father and I divorced when Jessica was one, but I was so fortunate to have had the amazing support of my mum, Valerie Graham. In fact we all moved in together when Jessica was seven, which gave me the opportunity to go out to work. Mum used to take Jessica to school and then pick her up at the end of the day.

It was towards the end of 2007 that I started to feel unwell and experienced a lot of headaches. As we moved into 2008, those headaches worsened and I also became light-sensitive, needing to wear sunglasses if I went outside. I lost my appetite and started vomiting virtually every other day, unable even to hold water down at times.

I went backwards and forwards to the GP and underwent various investigations, but the answer kept coming back that I was having migraines. I did start to worry that I might have a brain tumour. Then one Monday in April, I found myself going in and out of consciousness. I was taken to A&E at the Norfolk & Norwich University Hospital and put on an observation ward. An MRI scan confirmed my suspicions; all I wanted to know was whether the tumour was operable.

My results were sent over to Addenbrooke’s Hospital in Cambridge and instructions came back to transfer me there immediately. I was put on steroids and the neuro-surgeon reassured me that everything would be ok; he could operate and hopefully remove all of the tumour. However, he couldn’t promise me that I would lead a completely normal life afterwards.

I remember spending time talking to the medical students – apparently it was thought the haemangioblastoma could have been caused by a gene fault. They were very surprised that I was able to stand and talk to them in my condition.

The craniotomy took place on the Friday of the same week and it all went as planned with the neurosurgeon able to completely remove the offending tumour. I didn’t even need follow-up treatment like radio or chemotherapy.

After three years of scans showed no signs of any tumour remaining, I was discharged and now I feel like it’s as if it never happened. I feel the same as before I started to be unwell and I feel so very lucky to have survived a brain tumour.

It is shocking how many people I have since met who have been impacted by brain tumours, either themselves or through a loved one. Alarmingly, brain tumours now seem to be so common and so I am determined to help raise awareness.

I am really proud of the woman Jessica has grown up to be. She is delightful and such an inspiration, encouraging me to take on challenges. We recently cycled the 54 miles from London to Brighton to raise funds for Brain Tumour Research and, along with Jessica, I have continued my passion for the martial art Hapkido which I first took up in my 20s. I am now a black belt and Jessica has also taken it up. We now go to the Oriental Arts Centre in Norwich together to pursue our love of Hapkido.

I am so thankful I was lucky enough to have the type of brain tumour I had, but I am very conscious that the prognosis for the vast majority of brain tumour patients is not nearly so rosy. I am sharing my story to help raise awareness because I know that much more research needs to happen to find a cure.

If you have been inspired by Beverley’s story, you may like to make a donation via https://mydonate.bt.com/fundraisers/jessicafielder5 or leave a gift in your will via www.braintumourresearch.org/legacy 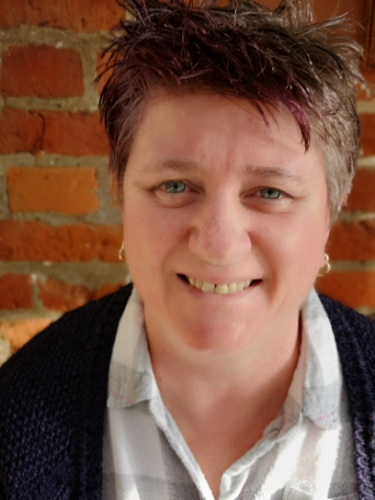