Mother-of-one Beth Harris was going about her usual weekend routine and had taken part in a parkrun just hours before she started to experience the symptoms of a brain tumour for the first time. After having multiple seizures, she was rushed to hospital and an MRI scan revealed she had a grade 2 or 3 glioma. Beth has been forced to give up her career as a swimming teacher and lifeguard, after suffering side effects from her tumour. She married her long-term partner Cellan in February 2021 and is determined to find a cure for the deadly disease.

Before all this happened, I worked as a lifeguard at Ammanford Leisure Centre in Carmarthenshire and was a School Swim Coordinator in Carmarthen Leisure Centre - this included teaching children of all ages. I loved my jobs and I’m gutted that I can’t do it anymore. I get too tired and there would be many factors to consider after my diagnosis and treatment.

I had no symptoms at all until 26 October 2019, when I had just taken part in a 5K parkrun at Llyn Llech Owain Country Park in Llanelli, with my friend who was driving and she commented on how I seemed ‘zoned out’ on the way home.

When I arrived home, I had to get ready quickly as my husband, Cellan, needed to go out to price a job for work and I was staying at home to look after our son, Elis, who was two at the time. When I was trying to get ready, however, I found that I didn’t know how to do anything and I was confused. Cellan was asking me if I was ready but I had forgotten how to dress myself and I felt really spaced out. 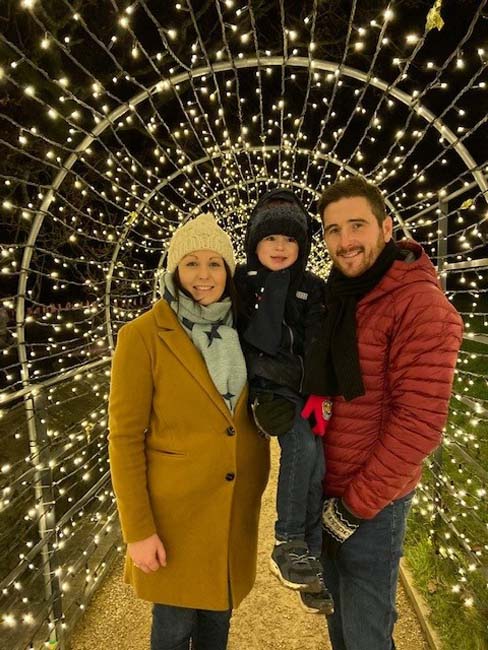 “I could only answer: ‘yes’, ‘no’ or ‘I don’t know’ when my parents were questioning my behaviour. They asked if Cellan and I had had a fight and I said: ‘no’, then they asked if I was pregnant to which I said: ‘yes’, even though I knew I wasn’t. I then put myself on the floor and had three seizures.”

Cellan had returned home by this point and stepped in to monitor my seizures. During which time my terrified parents called my brother and he came round to take care of Elis.

I was taken to Prince Philip Hospital in Llanelli, where I spent two nights awaiting CT scan results and because it was the weekend, I had to be taken by ambulance to Glangwili Hospital in Carmarthen for an MRI scan to find out what was causing my symptoms. 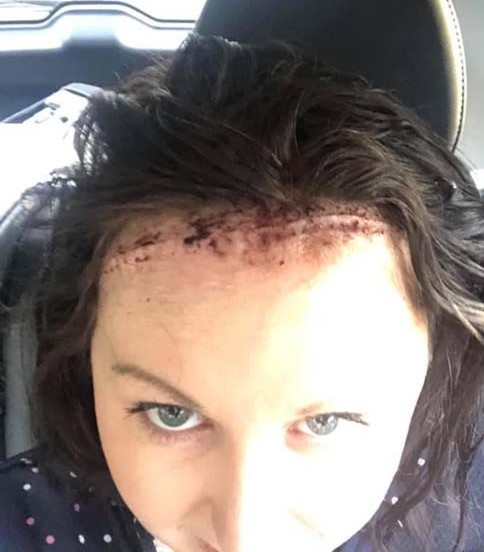 A few days later, I was told I had a brain tumour and needed surgery. Although the diagnosis was really hard to digest, I was so thankful that I was taken to have the scan at Glangwili Hospital, otherwise it could have been a week or two longer and who knows what could have happened during that time.

I had brain surgery at Heath Hospital in Cardiff on 11 November. Surgeons removed as much of the tumour as they could and a biopsy revealed I had a grade 2 or 3 glioma.

After surgery I had seven weeks of radiotherapy and chemotherapy which finished in January 2021. My chemo was taken in tablet form and I started taking them as we went in to lockdown so I feel like I didn’t miss out on anything during this time. I now have regular scans to monitor what’s left of the tumour. 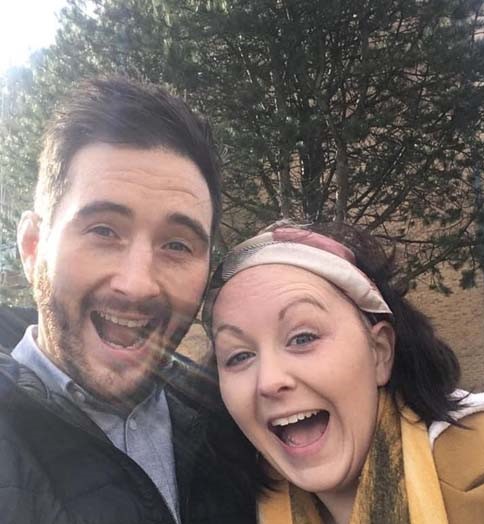 Around the time of my diagnosis, my mother-in-law was on end-of-life care for cancer of the oesophagus so we were dealing with a lot and I just wanted to be as practical as possible. All I wanted to know was if my tumour would come back, how much the treatment had worked in shrinking what was left and if I could go back to work or if it was a ‘go and enjoy the time you have left’ type of thing.

“It wasn’t until the nurse secretary came in to the appointment with me that I felt like I got the answers to my questions. I was told it will come back but it’ll be monitored and the longer it takes to grow back, the better the treatment options available to me.”

Cellan and I married at Carmathen Registry Office in February, after re-arranging the ceremony three times due to COVID-19. In September, we had a bigger celebration with family and friends at the Cliff Hotel in Cardigan and I had a different dress to the one I wore in the registry office and I felt so special. After going through my treatment, I didn’t think I would. 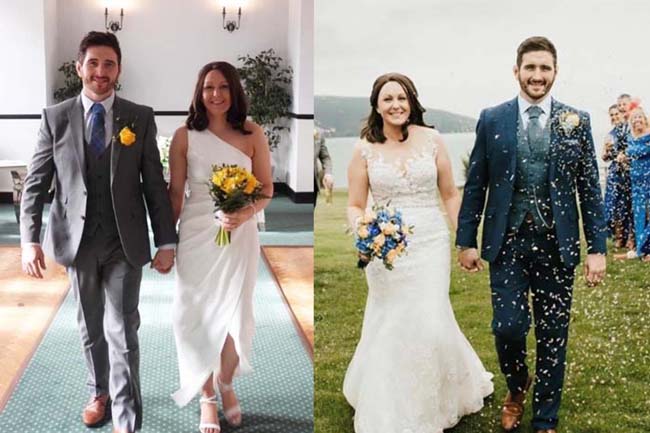 I know my tumour will grow back. I’m taking each day as it comes and that’s the reason why I want to fundraise. I want to raise awareness to support others who may be going through a similar experience.

In December I took part in Wear A Christmas Hat Day with my husband’s rugby team also joining in to show their support too. 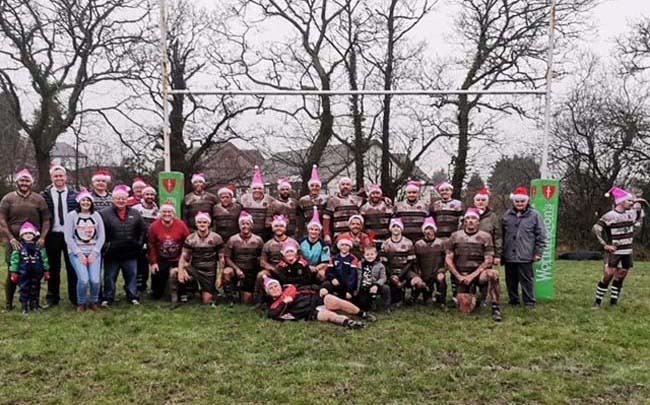 We need to understand more about brain tumours, and I am determined to help find a cure. 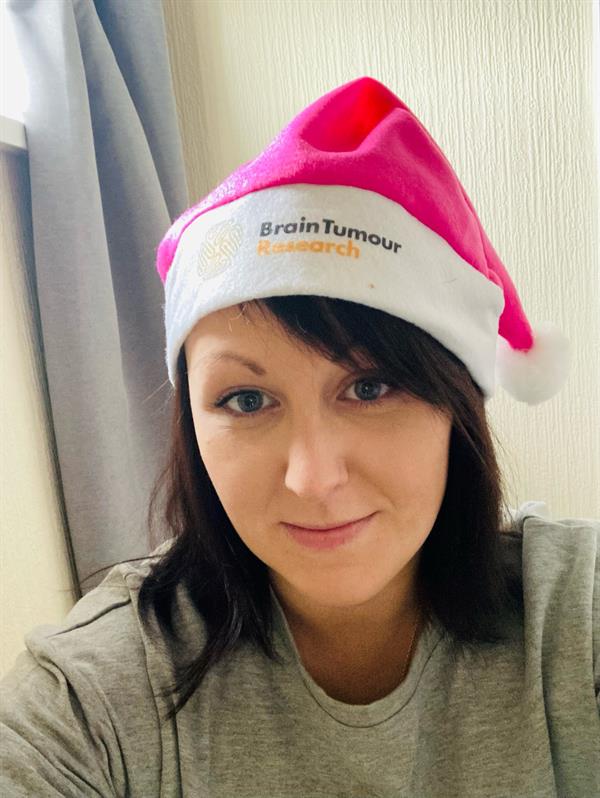