Anna Binks, 43, from East Yorkshire, had an MRI scan in 2010 after blood tests revealed high prolactin levels. The scan found a suspected low-grade glioma which doctors were happy to monitor with regular scans. Ten years later, the mum-of-two started suffering from headaches and dizzy spells. She had another scan which found she had a diffuse astrocytoma brain tumour. Anna’s son, Jacob, seven, has taken on Brain Tumour Research’s One Million Keepy Uppy Challenge along with his teammates at South Cave Under 8’s Blacks to help fund a cure.

In 2010, I’d been having some hormonal issues, so my doctor did some blood tests. They showed I had high levels of prolactin so he referred me for an MRI scan at Hull Royal Infirmary.

A few days after my scan, I received a letter calling me back for another MRI. I thought it was a mistake but when I rang the department, I was told a shadow had been found. 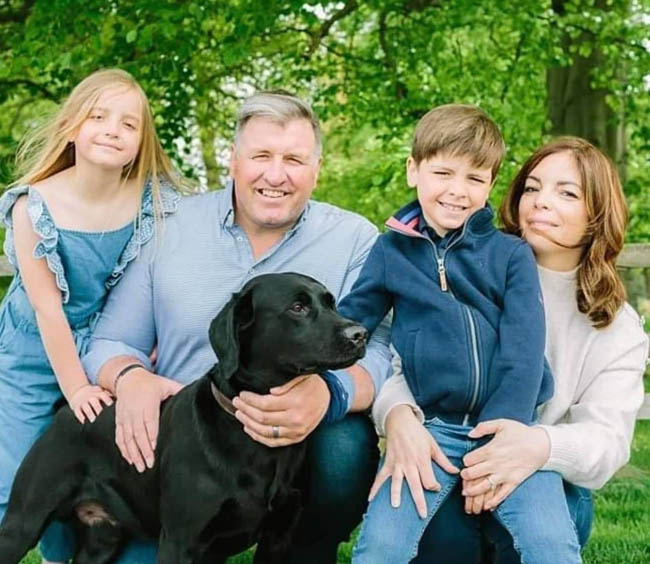 After the scan, I was told I had either a suspected low-grade glioma or some sort of birthmark on my brain. It was too deep to operate or to carry out a biopsy so I was advised to “watch and wait” with regular MRI scans

Apart from having ‘scanxiety’ before MRIs and afterwards until results were in, life carried on pretty normally. I approached the neuro team prior to trying for children because I was adamant I didn’t want to bring children into the world only for me to leave them. Because no biopsy had taken place, I was told to crack on with life and my husband, Phil, and I went on to have Esme, nine, and Jacob, seven. 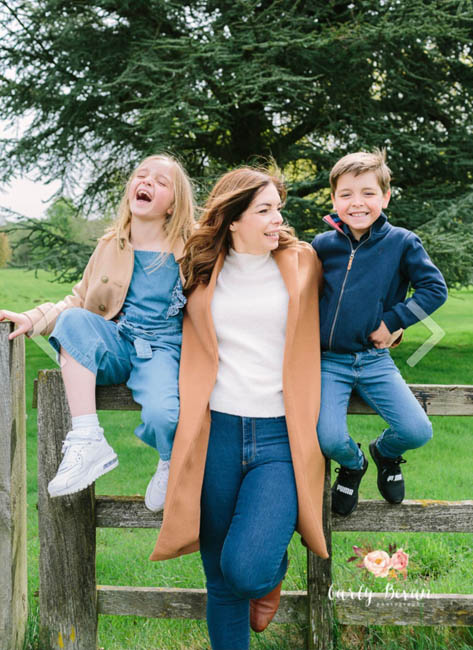 In late 2020, I was working as a business manager at the NHS which I loved.

“I noticed I had become dizzy and a little bit wobbly on one side. I was struggling to learn things and take in information, and I was really fatigued and had some cracking headaches.”

I thought it was because of hormones and perhaps I had become perimenopausal. I was working full time, looking after the children and trying to be a half decent wife! We decided that something had to give and I moved departments and went part-time. 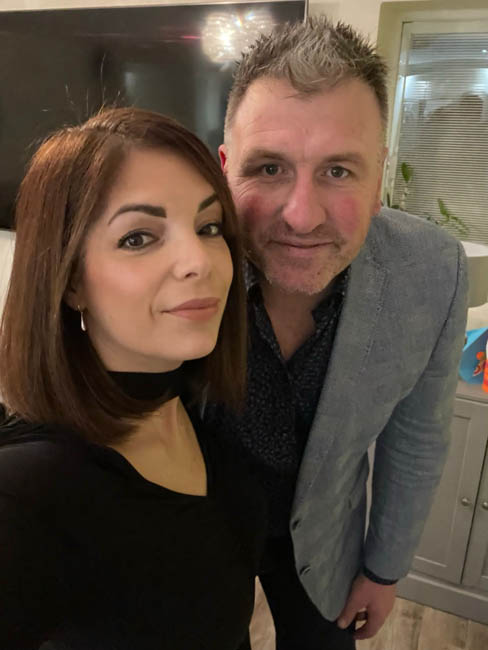 The symptoms persisted, and I even had a fall. I contacted the neuro team who told me to wait until my planned MRI in March 2021.

“I was starting to get nervous because I’d had a couple of headaches which left me vomiting and writhing around in agony.”

Because of working in the NHS and seeing how busy it was because of COVID, we waited patiently. 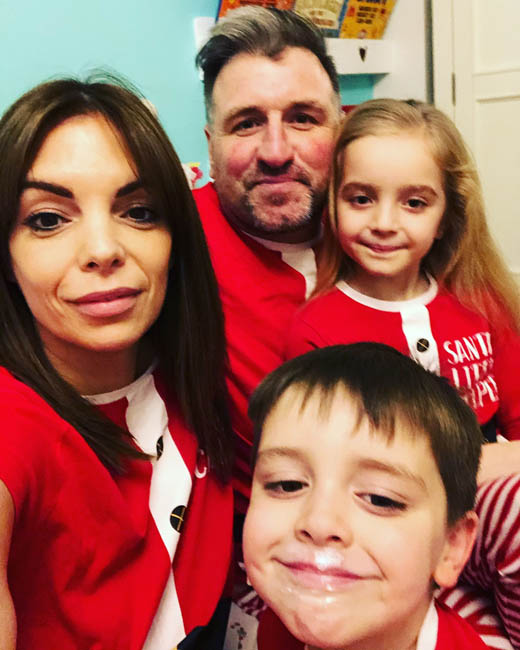 On a Friday in mid-April, I was about to collect the kids from school when I got a call from the neuro oncology nurse specialist. She said the neurosurgeon would call me on Monday as I had been discussed at a multidisciplinary team meeting (MDT).

“My heart was beating out of my chest and I asked if I should have my husband with me at the appointment, thinking she would just say no. However, she said it would be a good idea.” 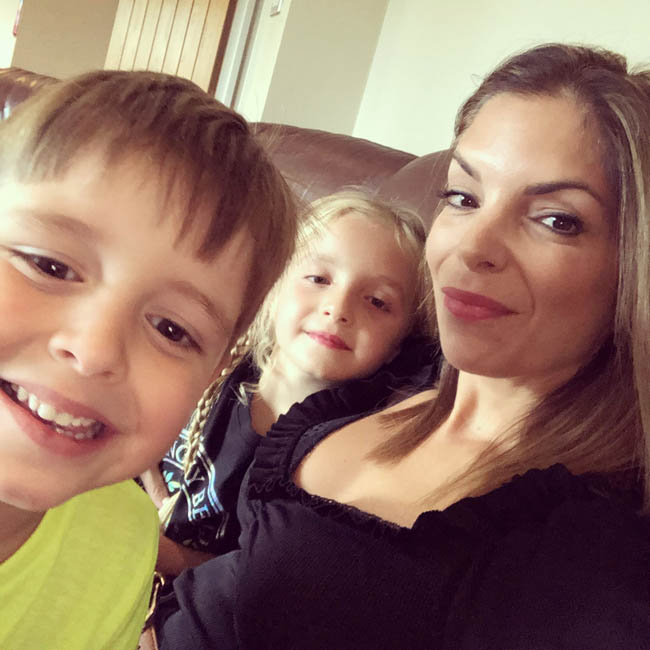 All I wanted to do was speak to Phil. A friend collected the children for me, and Phil rushed home where we just cried together. On the Monday, the neurosurgeon explained that the tumour had grown by a third and we had to do something about it.

“I was absolutely terrified and so was Phil. I just kept thinking about the kids, how they were so innocent and didn’t deserve to not have a mum.”

Phil’s biggest fear was that I would die in surgery. Mine was coming out of surgery a different person. I had created a file with everything Phil might need to cover both scenarios. I had written letters to Phil and the kids and left presents. 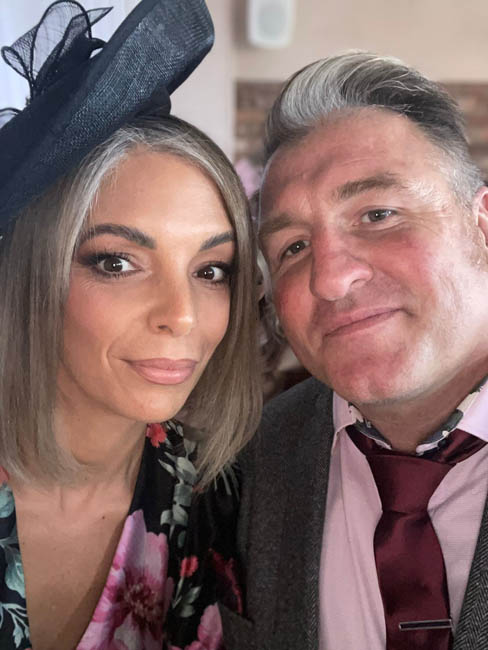 Phil dropped me off at the hospital. I remember looking back and seeing him parked on the red lines where he shouldn’t be with his head in his hands. I just had to walk faster and get up to the ward or else I don’t think we would have let go of one another.

I woke up in the recovery room and was being cared for by the most amazing nurse. The first thing I wanted to do was let Phil know I was OK. I wanted him to know that it was still me, that I hadn’t changed. 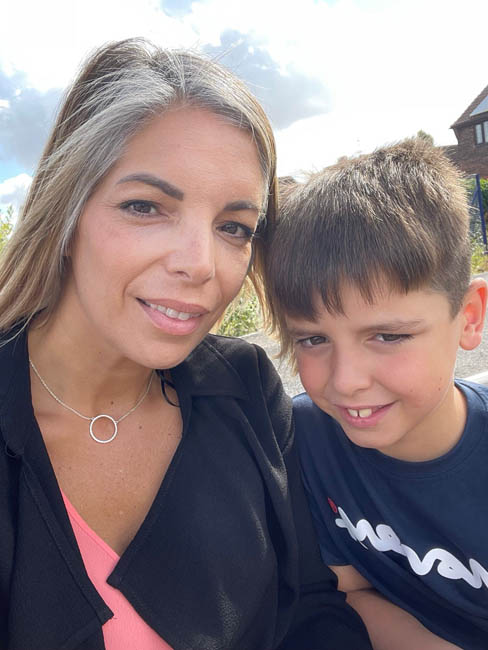 The surgery went as well as could be expected. They managed to remove 60% of the tumour, so it was back to being the same size as it was ten years ago.

I was extremely anxious, got tired very quickly and analysed everything but I was determined not to be sad or negative around the children. We enjoyed cuddles on the bed, they read their books to me and gave me hand massages which I absolutely treasure. I love making memories with them.

“The impact of the diagnosis on the children is huge. Jacob has been terrified to leave me to go to school in case I died while he was there, and Esme still goes to bed most nights with a sick bucket and tummy ache from anxiety.” 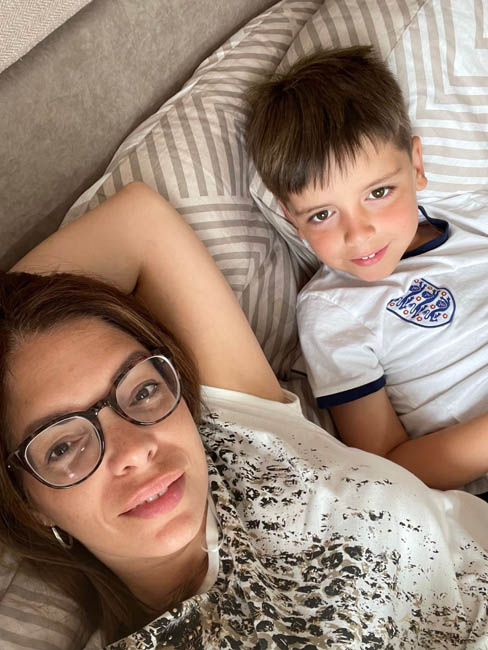 Esme said to me ‘people with cancer die,are you going to die?’. She also asked me what type of wedding dress I would choose for her when she gets married. It's like she’s storing information for when I’m not here.

I was told I had a diffuse astrocytoma. Because a large proportion of tumour is still there, I had six weeks of radiotherapy over Christmas and into 2022. I then had chemotherapy in March.

I am approaching the last cycle of PCV and I am waiting for the results of my latest MRI scan. I stay as upbeat as I can although sad and scary thoughts pop into my head, even though I don’t want them to. As soon as I think about or talk about my children, I can’t stop the tears. 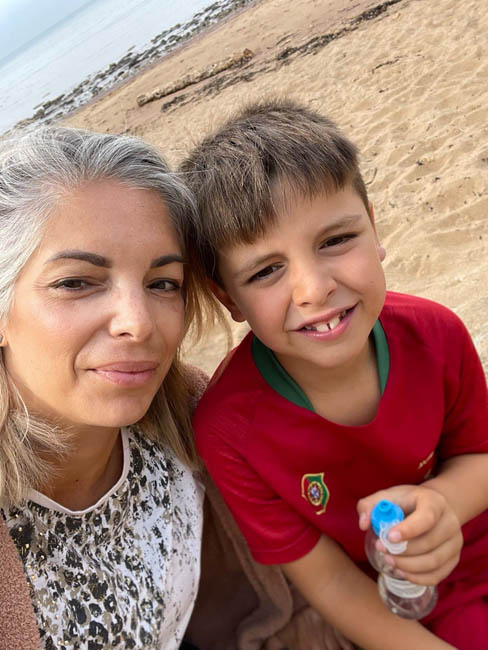 Life is very different now. I was retired on ill health in May 2022. Sometimes it’s good because of the time I get with the children but it’s also sad because I loved my job, and I liked making a difference and helping others.

I’ve always been into helping others. Raising money for various cancer charities, making up shoe boxes full of treats for disadvantaged children and the elderly who have no family. 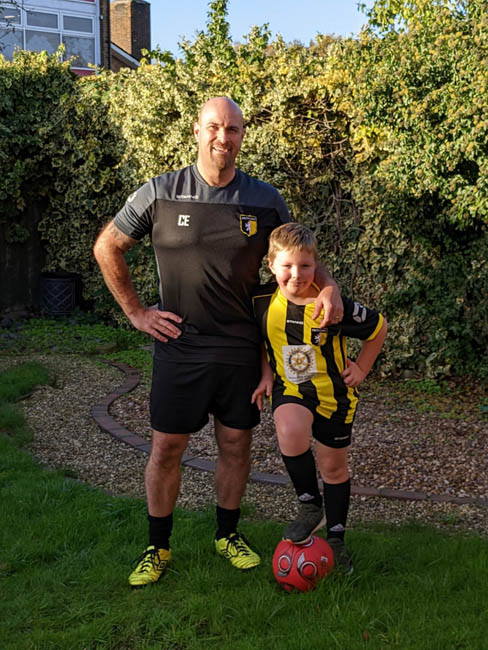 “Never in a million years did it cross my mind that people would raise money for charities they associate with me."

My son, Jacob, is taking part in the One Million Keepy Uppy Challenge for Brain Tumour Research. He is doing it with his teammates at South Cave Under 8’s Blacks after the manager, Chris Eyre, found out about my diagnosis. I’m so pleased they’re doing this; joining people around the country to raise money for a wonderful charity. I feel really proud of all of them. 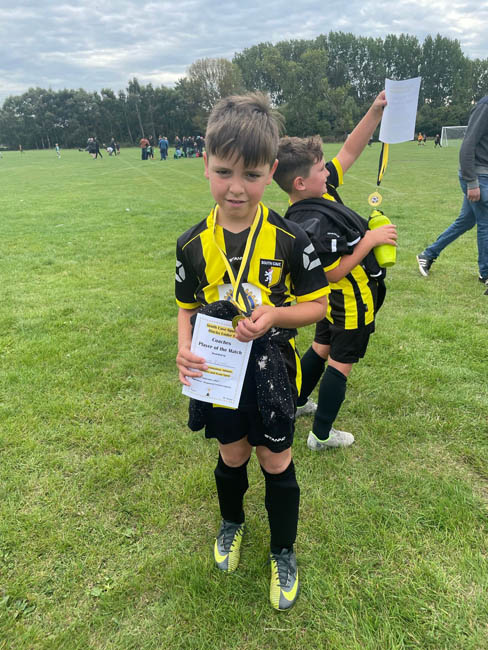 I keep hope that something will be discovered and I can live to be an old lady sat in my rocking chair next to my husband, and we would be proud of the good adults my children turned out to be while admiring our grandchildren. I want to leave a legacy of love, so as long as I’m with my three, I’m happy. 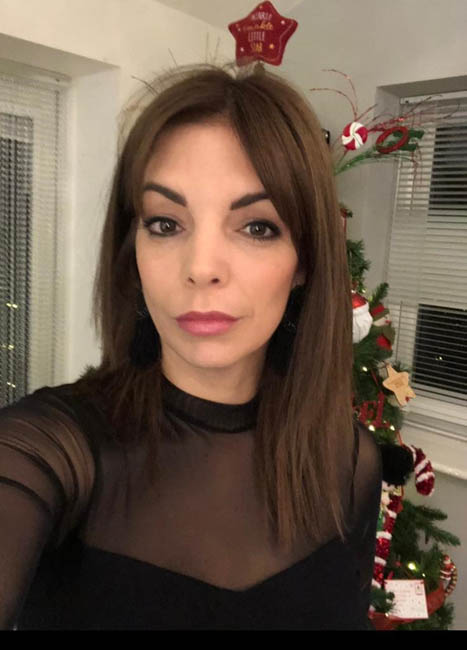