Andrew Crowe is in his early 40s and lives in Swindon. He has a brain tumour and has been through numerous operations and is trying hard to regain his normal life.
I’m doing OK - I feel better than I did this time last year and that was better than 2007.  I’m improving all the time.

So much has happened to me, but, in a strange way, I can say that, after all I’ve been through I now feel I have hope.

I first had symptoms in 2001 – excruciating headaches which were variously diagnosed as migraines or depression.  After many operations I’m doing OK for now, although I do have problems with my vision. I suffer from blind spots, speech issues and short term memory loss.

I knew nothing about brain tumours before.  I never had any contact with anyone who had one.  How that has changed!

When I was diagnosed I did look on the internet to satisfy my own curiosity rather than to gain knowledge.  I’m very matter of fact, and the fact is I have a brain tumour and I decided to go along with all the experts.

I’m now back at work, even though at one time my neuro-surgeon thought it was very unlikely I would ever be able to return and it is nice.  I have never been away really - I have always popped in to keep in contact with everyone. Going back to work proved more difficult than I thought.  There was lots of red tape and I’m a lot slower than I used to be.

Brain tumours are so complicated and the numbers of people that have them are increasing.  It is terrible and it is quite mind-boggling.

I don’t know what to try next.  I have had help and guidance from Brainstrust and I’ve had around 30 procedures.  I’ve tried all I can.

All these charities are of a similar nature so they should join together and pool their expertise and ideas.  It is great for all these charities to come together -they can share their ideas, and one idea will spark off another idea.  Let’s hope between them they get there. 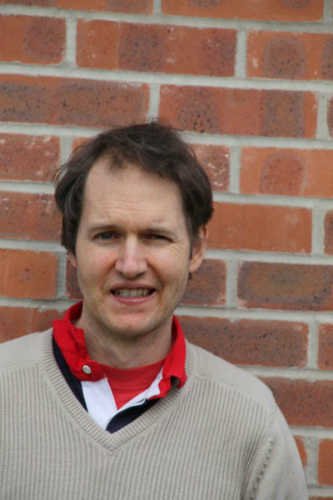