After Anastasia from Romsey in Hampshire landed her dream job as a financial consultant she began to experience migraines. Concerned for her health, she had a private MRI scan and the day before her graduation from The University of Kent in March 2022, she was told she had an inoperable astrocytoma. At the age of 23 she has undergone fertility preservation before starting a long term course of chemotherapy. As she nears the end of her first intensive phase of treatment, Anastasia wants to share her story of what is like to be a young woman with a life-changing diagnosis.

In October 2021 I moved from Canterbury, where I’d based myself after completing a degree in Politics and French, to live with my parents in Hampshire. Covid-19 meant my graduation was delayed until March 2022 and whilst waiting for this, I landed my dream job as a financial consultant in VAT and e-commerce. Over the next five months I woke up excited to do something which I loved which involved using French to communicate with my portfolio of European clients. 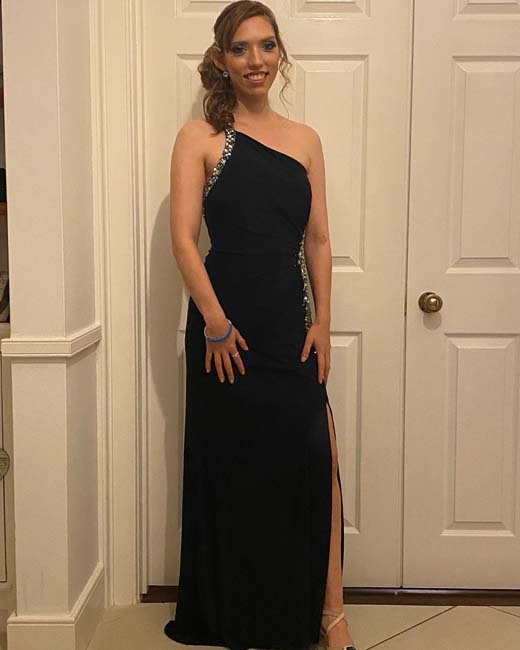 Around March, I began to experience migraines and went to the doctors who said they could be caused by stress, brought on from starting a new job and moving back home. I’d had migraines before but something about these felt different. Medication didn’t help and when they persisted, I decided to book a private MRI scan for answers. 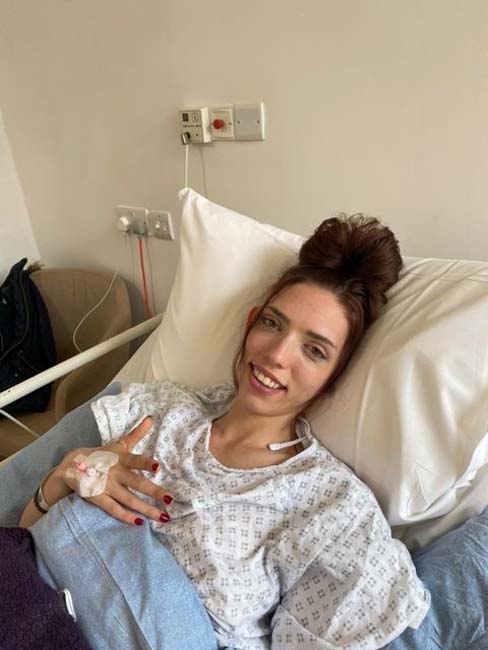 “The day before my graduation I was told I had a brain tumour.”

The next day on 29 March, we travelled to Kent for my graduation. I put the news of my diagnosis to the back of my mind and managed to enjoy the day with my parents. 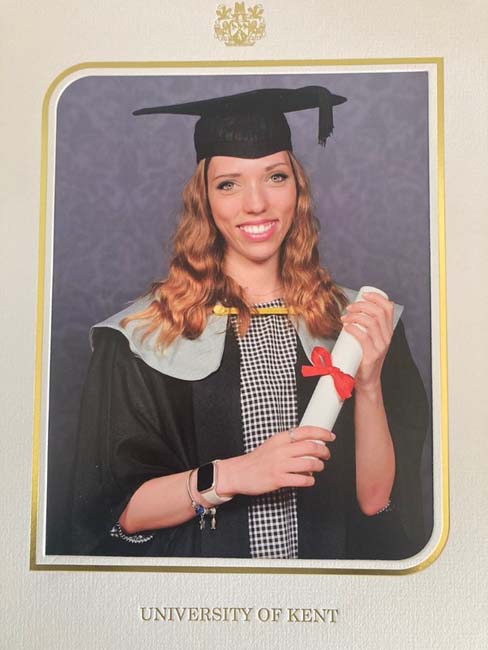 The weeks after my graduation were spent at different appointments to find out exactly what the doctors were dealing with, where the tumour was and how it was growing. I had more MRI and CT scans plus a lumbar puncture to see if I had tumour cells in my spinal fluid. Eventually I had a craniotomy on 22 June, where doctors took a biopsy to find out the type of tumour. 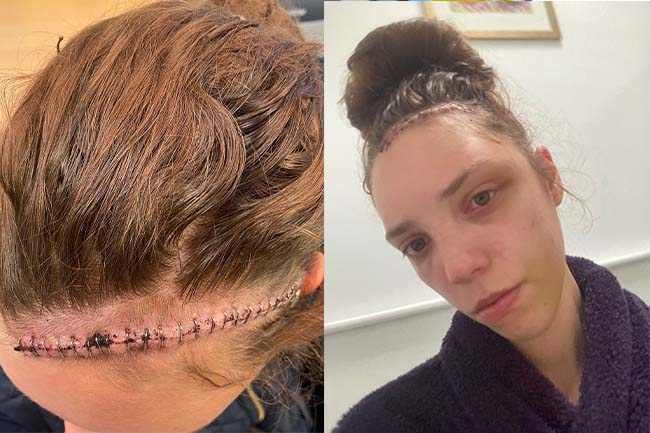 Finally, I was told I had an astrocytoma which was growing in my optic chiasm (where my left and right eye meet), making an operation too risky as I could suffer with permanent sight loss.

By the time July came round, my consultant suggested I undergo fertility preservation as the effects of chemotherapy could impact my ability to have a baby later in life. I had only just gotten my head around the biopsy, scans and lumbar puncture and now I needed to make a decision about something into the future.

“It was something I never expected to do at 23. It felt like the right thing and once it was done, I felt like something important had been ticked off my treatment list.”

A vision field test showed I had lost peripheral vision in both eyes – something I hadn’t noticed until this point. Doctors said I could have had the tumour for years and because it is slow growing, any changes would have been subtle. 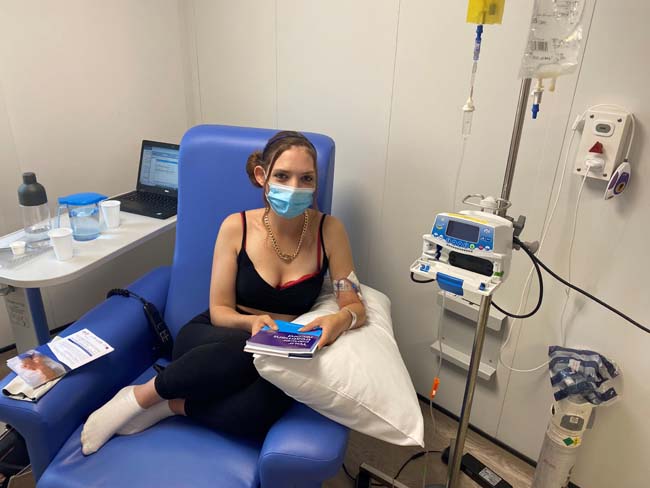 I’m three months into chemotherapy which I will be on until 2024. The first ten weeks were intense, and my weeks were regimented according to my treatment plan, which I became used to.

I feel fortunate to have Christmas with my family this year and have a break from my treatment.

Since my diagnosis, the character, Lola on EastEnders has received a brain tumour diagnosis. She also had a craniotomy, and I could relate to the pain she portrayed. It’s great to have this level of awareness and support for the brain tumour community.

My plan is to return to work. While I am unable to work during treatment, I am studying towards becoming a chartered tax advisor. The chemo adds a challenging layer as I sometimes find it hard to focus for long periods of time and my mind goes blank but it’s great to have a focus.

By sharing my story, I hope to offer another perspective of how you can live your life after being diagnosed with a brain tumour. 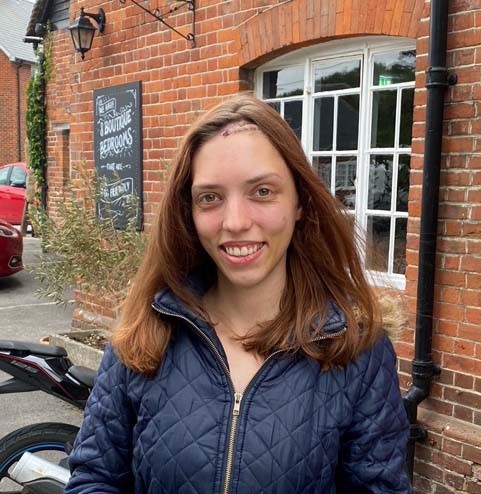