Amy was on honeymoon when she first experienced symptoms she later discovered were being caused by a brain tumour. Initially dismissed as an ear infection, her headaches were being caused by an acoustic neuroma. Treatment was initially delayed by her pregnancy and then once more during the coronavirus pandemic. Amy is now post-surgery, recovering well and waiting to hear what the future will bring.

Craig and I got married in March 2018 and, little did I know that just two years later I would be living with a brain tumour, be a mum and have potentially life-saving surgery delayed because of a pandemic.

The things that have happened to me over the last two years have made me realise just how precious life is, nothing more so than the arrival of our beautiful daughter Darcy.

During our honeymoon in Devon I felt as if I was coming down with a head cold, I just felt a bit foggy and had a pulsating noise in my ear. A relative had been suffering from a cold so it was an easy connection to make that I had caught something from her. However, when Craig and I got home to Doncaster I was still feeling unwell so I made a GP appointment. I was backwards and forwards to the doctor about three times and was told at first that I had an ear infection and given some drops. The fact that I was also having headaches seemed to be dismissed. I persisted though as I didn’t feel the diagnosis was right and was eventually given a test which showed my hearing was impaired and meant I might need a hearing aid – at the time I was just 32.

From there I was referred to another consultant but, this time, tests showed my hearing was fine. It didn’t make any sense so I persisted in asking for further investigations and, eventually, I was referred for an MRI scan which took place just before Christmas. It had a follow-up letter but didn’t see anyone else until March 2019. Ironically, I was told I had a brain tumour the same week as we discovered we were expecting our first child.

We were elated but at the same time anxious. As keen as I was to get to the bottom of whatever was causing problems with my hearing, headaches and issues with my balance, I didn’t want to do anything to jeopardise the pregnancy. Nothing could have prepared me for being told I had a large, albeit low-grade, acoustic neuroma which needed surgery. We agreed to wait until after the baby was born and, as much as we tried to enjoy that special time, there was always a grey cloud over our joy at the impending arrival.

I was advised to have a caesarean section rather than the natural birth I would have chosen and our beautiful daughter, Darcy, arrived in October last year. It was a blissful time and, although the original plan was for me to have surgery immediately after giving birth, things were pushed back and we were allowed to have some time together as a new family to bond. 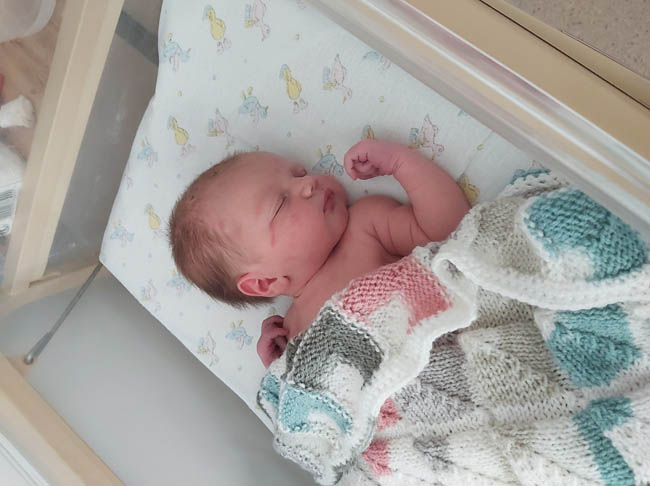 In January this year, we were given the news that my tumour had grown by around 30% and surgery was scheduled for March. The coronavirus meant this was further delayed and the op, which lasted for 14 hours, eventually went ahead at the Royal Hallamshire Hospital in Sheffield, on 21 May.

My surgeon Tom Carroll was extraordinary. Not only was he extremely skilled but he was very reassuring too. I am indebted to him and to Craig and my family and friends for their wonderful support. I don’t think I would have got through it without them.

One of the toughest things meant that, because of the lockdown, I wasn’t allowed any visitors. Craig, Darcy and I saw and talked to each other online but it just wasn’t the same. Fortunately, the surgery went as well as could be expected and I was allowed home after a week. I have been left with permanent hearing loss in one ear but my balance has started to improve and I no longer need to hold on so tight to Darcy’s pram to keep myself steady. 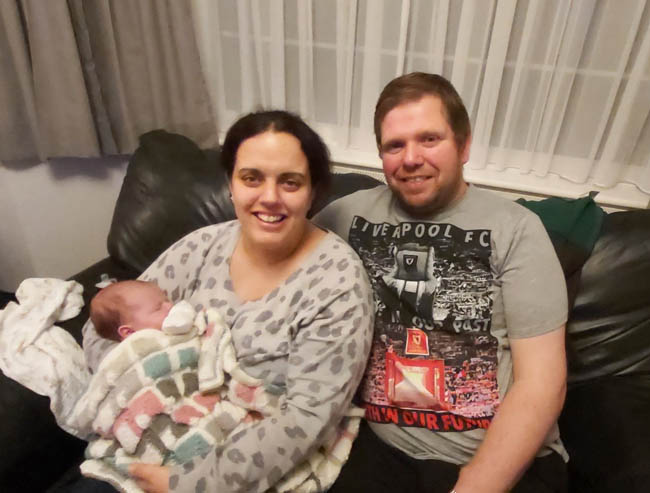 The results of my MRI scan are due in a few weeks and this will determine what happens next. I might be able to go for a while without any further intervention but I might need radiotherapy.

Despite feeling battered and bruised having given birth by caesarean and then having brain surgery, I’m really looking forward to taking part in Brain Tumour Research’s Walk of Hope with Craig and Darcy. I am much steadier on my feet now and I want to help raise awareness of what patients like me are going through and to raise money to help find a cure.

I also want people to know that being diagnosed with a brain tumour isn’t all doom and gloom. We are trying to make the best of things. Because of everything I have been through, it’s unlikely we will have any more children but, Darcy and I have the most wonderful bond, she is very, very special and she is enough.

If you have been touched by Amy’s story and would like to know more about our lobbying, research updates and fundraising opportunities, please sign up to our weekly e-news. 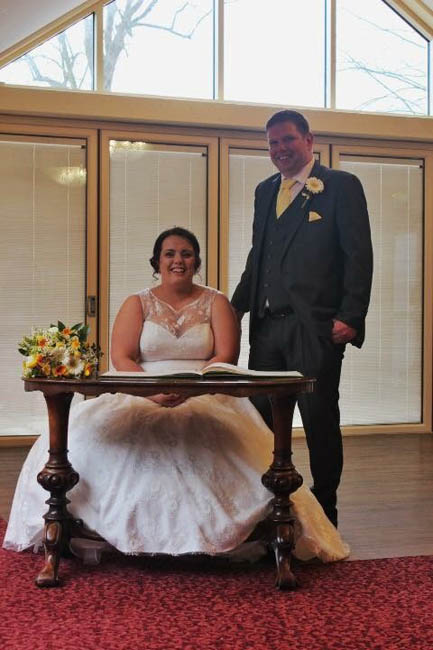