Freelance training consultant Amanda Stevens, 42, was diagnosed with a grade 2 meningioma in June 2016, after suffering from persistent headaches. She married her partner of 24 years, Ian, nine months after her diagnosis and thought she’d seen the back of her illness when, in August 2018, her tumour recurred. Now, five months on from a gruelling 11-hour operation, Amanda is doing well and is keen to help raise awareness by holding a fundraising ball on Wear A Hat Day.

It’s now five months since my operation and I’m doing all I can to keep distracted. Having been told that there is a high-risk of my tumour recurring for a third time, my mind is often filled with ‘what ifs’ and living in a small village, two miles away from any bus stop, not being able to drive, my thoughts can often take over.

My diagnosis was life-changing but I’m lucky not to have many symptoms. It made me realise just how fragile life can be, so I finally married my partner of 24 years Ian in March 2017, nine months after my initial diagnosis.

I presented to the GP with symptoms of headaches in April 2016 and, in hindsight, I know they must have been bad, as I hated going to the doctors. I remember feeling as if there was a claw, like one of those that grabs toys at the arcade, inside of my head. The doctor thought my headaches were a consequence of getting older, and didn’t seem at all worried that there might be something more sinister causing my symptoms.

I went away with Ian to Ibiza in May 2016 and still the headaches continued. This time, as we were enjoying a drink or two on holiday, I put it down to a hangover, but when we went to the Isle of Man TT a few weeks later, the symptoms got even worse. It was during that trip that Ian and our friends became very concerned and, though I didn’t notice it myself, I was acting very out-of-character. I remember getting up one morning to have my breakfast and having to go straight back to bed. The headaches were so severe and I felt dreadfully tired. 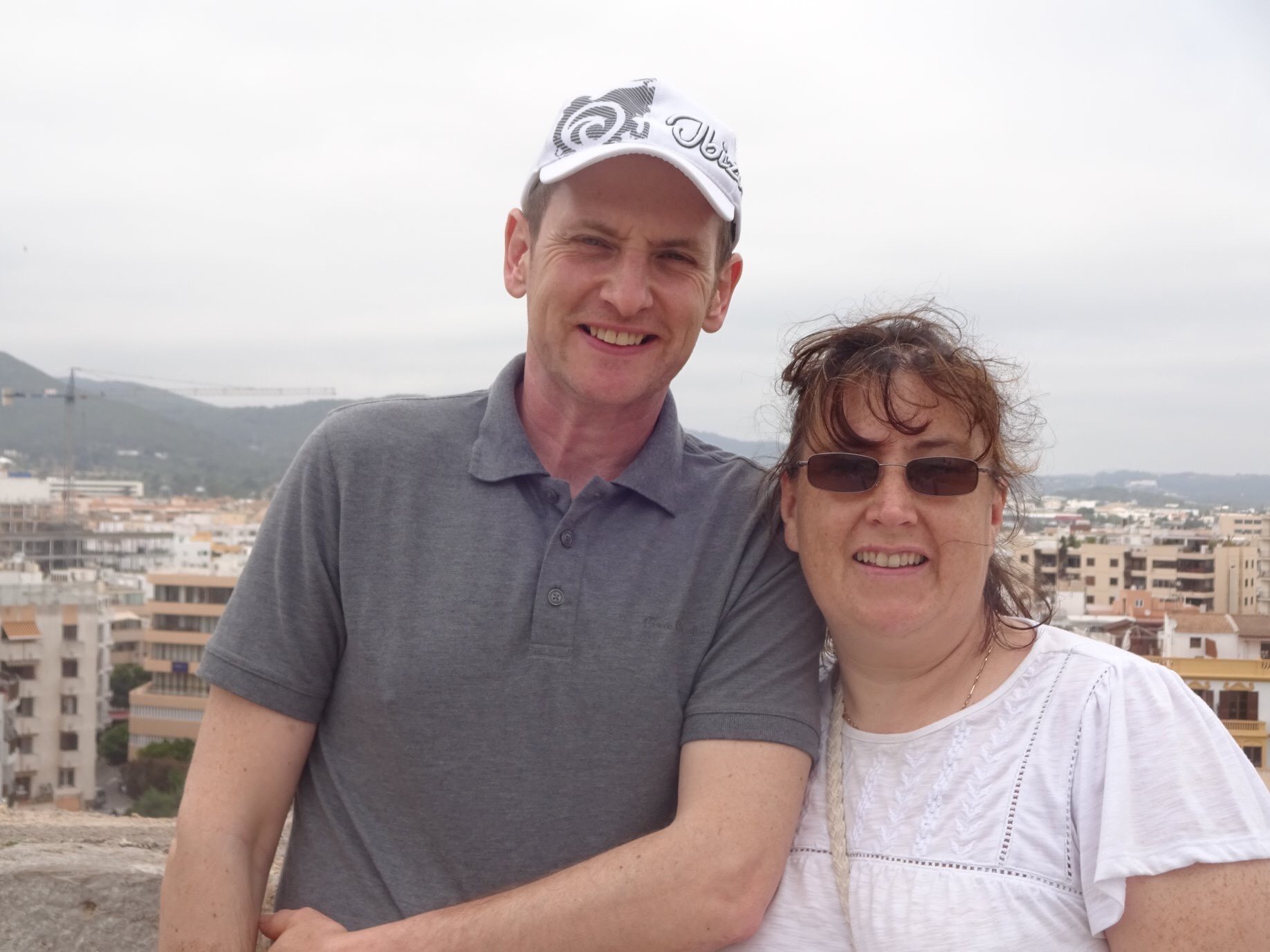 Ian continued to worry and took me to the Ramsey and District Hospital on the Isle of Man, where I saw a nurse practitioner. I was advised to see a specialist doctor at Nobles Hospital in Douglas, who gave me some co-codamol and told me to monitor my symptoms when I returned home.

"But after I travelled home, things got really bad. One Monday morning, I couldn’t get out of bed and had to cancel all my work appointments. My clients were surprised, as I rarely miss work, and when Ian found out he rushed back home to take me to the GP."

When the doctor prescribed me with migraine tablets, Ian put his foot down. An examination of my left-eye showed that my optic nerve had swelled, a condition known as papilledema, and I was booked into to see the opticians the next day.

"Within seconds of being at The Glass House Opticians in Newport, I was sent to the Royal Shrewsbury Hospital, where a CT revealed my tumour. When I was given the news, I thought ‘that’s not very good is it?’. Nothing seemed to register and all I was concerned about was getting home to let the dog out."

My tumour was confirmed as a large grade 2 meningioma and because of the compression it was causing in my brain, I needed immediate surgery. Just a few days after my diagnosis, on Friday 16 June, I had a 10-hour operation. I don’t remember much of the procedure but an MRI scan showed that the tumour had been removed and I recovered well. A scan six months later showed no regrowth. 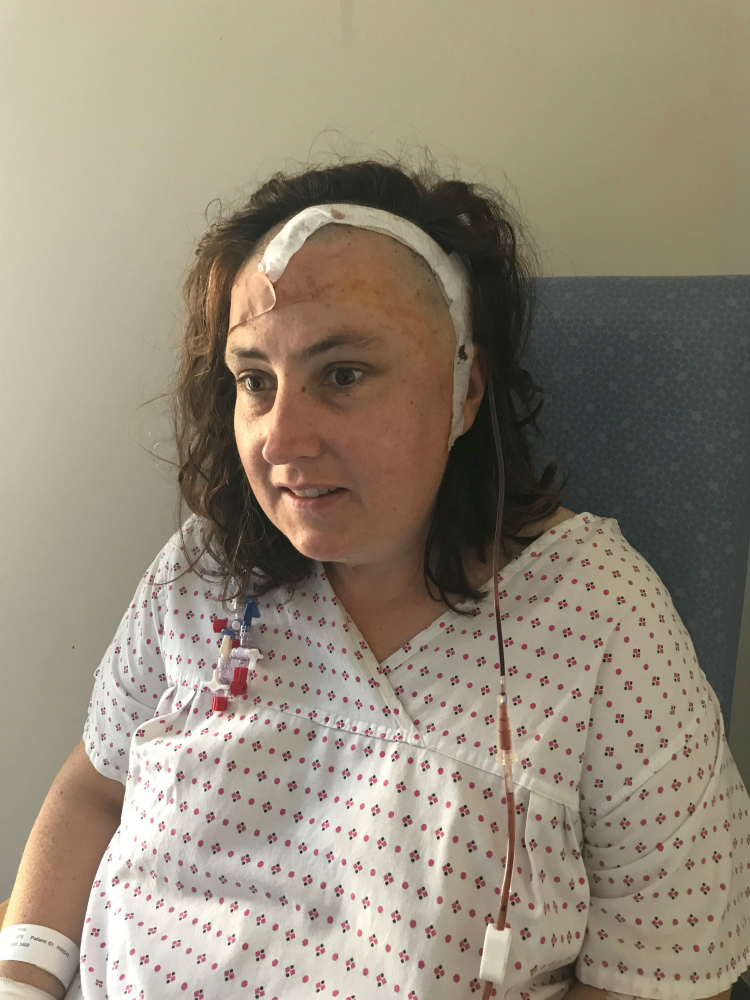 The hardest part of my diagnosis was losing my driving licence, but I understood the reasons why. It made me feel very isolated living in such a small village and not being able to escape in the car, and I was grateful to my friends and family who offered me lifts and took me out for lunch.

After my treatment, life moved on and I felt as if things had returned to normal.

"I almost forgot about the tumour and in April 2017 Ian and I got married; our wedding, at our local church in Stoke-on-Tern, was just perfect. I didn’t want any sympathy and banned the use of the word ‘brain tumour’. We had an amazing time." 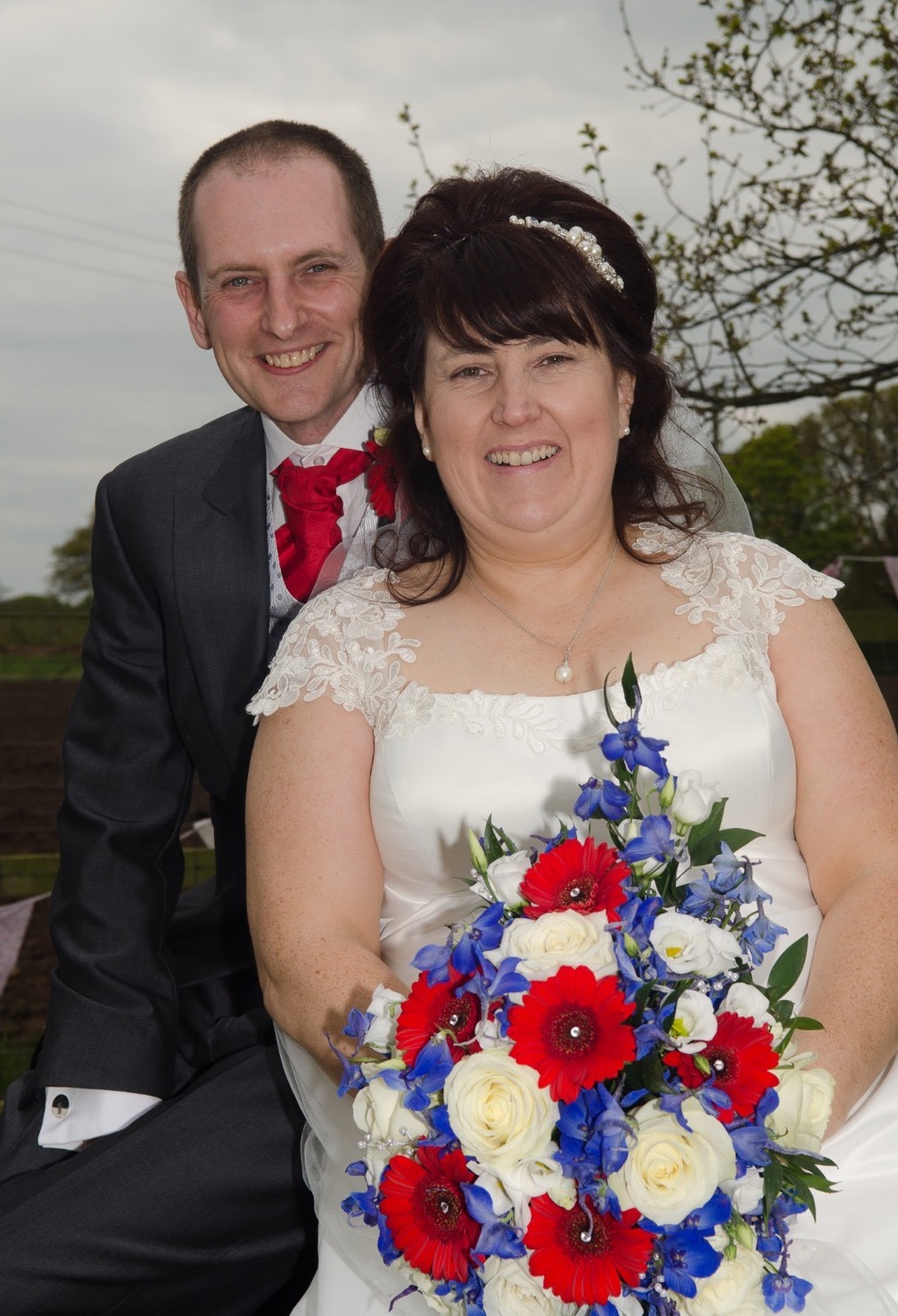 Sadly, the elation I felt after the wedding was short-lived. In August 2018, a scan showed that my tumour had returned, in two separate places. I was devastated. Though I’d not suffered from any symptoms before getting the results, I instinctively knew something wasn’t right.

I was operated on just a few weeks later, in September 2018, as the tumours were putting pressure on my optic nerve. The surgery lasted 11 hours and I was exhausted. While I was also offered radiotherapy, I declined any further treatment due to the potential side-effects.

Now, five months on from the operation, I’m doing okay, but have lumpy scars all over my head and feel very washed-out. I’ve also developed a paralysis of my left eyebrow, due to a loss of function of my frontal nerve, but I try to look on the bright side, as I can pull some amusing expressions!

My last scan in November 2018 showed that my tumours have been removed but I have been warned there is a high-risk of a third reoccurrence. While I’m able to lead a relatively normal life, I feel somewhat guilty that not all brain tumour patients are so fortunate, and live with dreadful symptoms.

"Being diagnosed with a brain tumour is life-changing and terrifying, but I’m determined to do all I can to raise awareness and help fund the fight."

I decided to organise a fundraising ball for the Brain Tumour Research charity. The event, at Tern Hill Hall, will include a three-course meal and I’m appealing to local businesses to donate raffle prizes. As it’s taking place on the charity’s Wear A Hat Day, on 29 March, I’m asking everyone to don their favourite hats, and I’m hoping more than 200 friends, family and members of the public will come along to show their support for this vital cause. 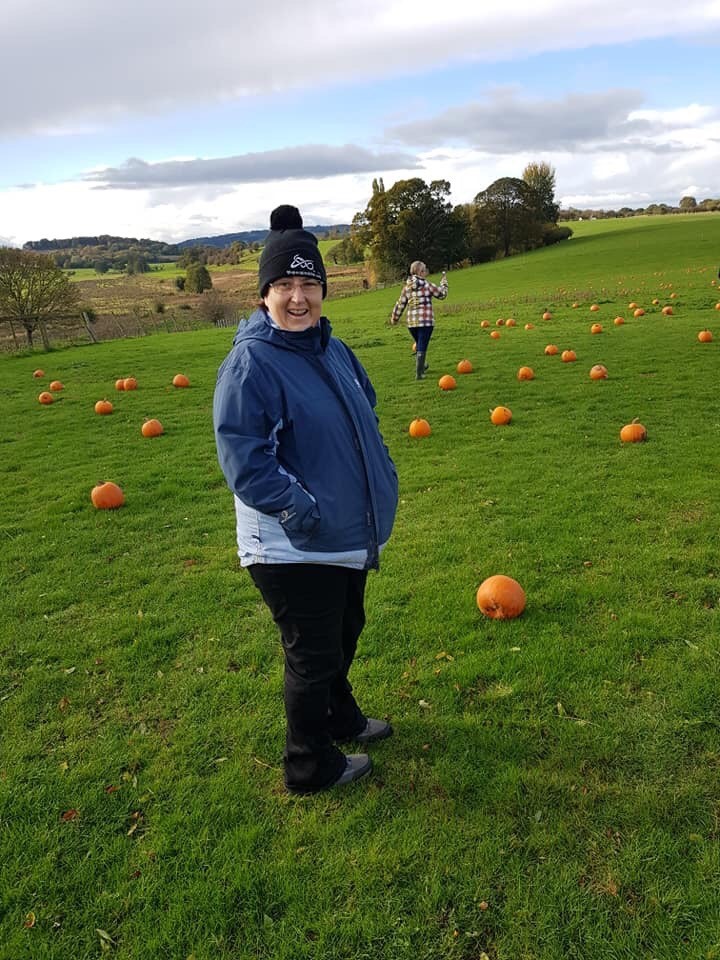 I will also be taking on a 10km run in May. I’ve already started training and I hope that the challenge will keep me distracted as I approach the date of my next scan, in May. 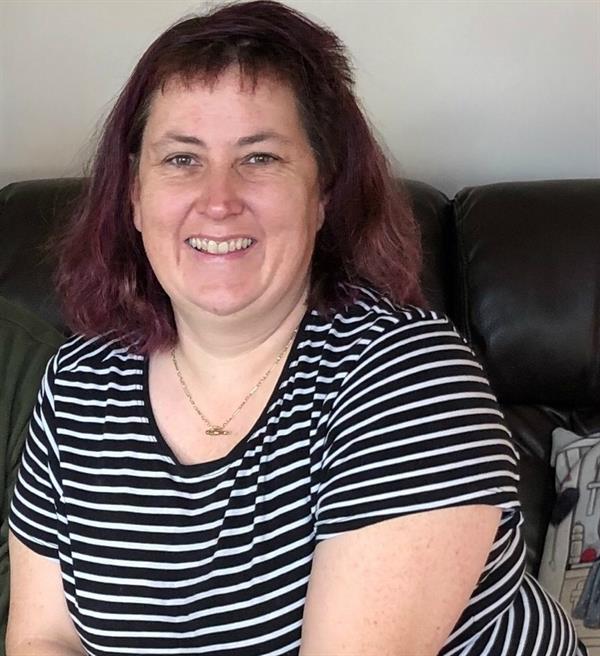