Little Albie Turbitt, just 16 months old, from Middleton St George in County Durham, never fully recovered from a bout of gastroenteritis in July 2021. He lost weight and, the usually active Albie, became more sedentary. In October, Albie went to hospital after being sick through the night. An emergency CT scan revealed he had a choroid plexus brain tumour. An operation to remove the tumour was a success, and Albie is back walking again.

My partner Sam and I first realised something was wrong in July 2021. Albie had a bout of gastroenteritis and he never fully recovered. He lost a lot of weight and he picked up every bug going. He had been a very active baby, crawling at six months but he became less active.

On 5 October 2021, Albie was throwing up throughout the night and in the morning. We took him to our GP. After a quick check, he sent him straight to Darlington Memorial Hospital. 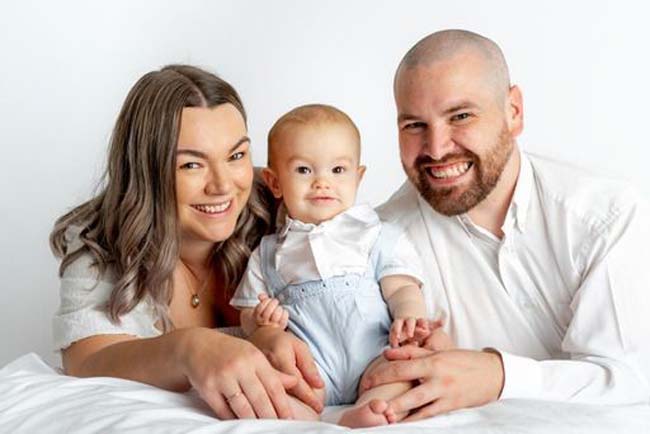 “At the hospital, Albie’s heart rate was dipping really low, so he had an urgent CT scan. The consultant said: ‘Has his head always been big?’, which we had never been asked before.”

The scan revealed a 6cm tumour on Albie’s brain, so he was transferred to Royal Victoria Infirmary (RVI) in Newcastle. I was in total shock. I knew something was wrong, but I hadn’t realised how serious it was. That night was a whirlwind. Albie had a drain inserted to remove excess fluid. 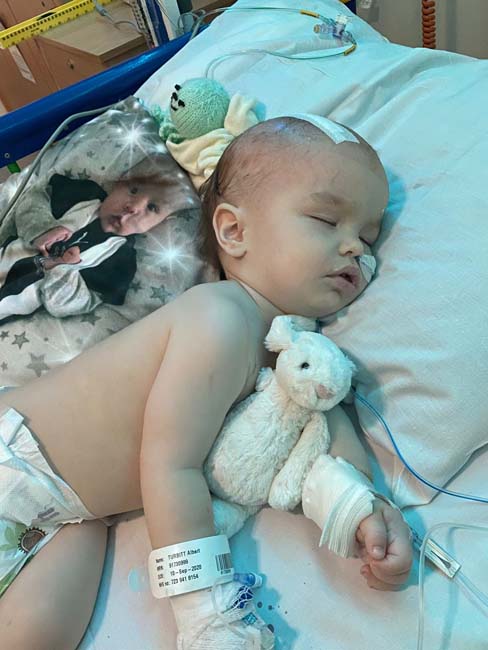 Much of the tumour was attached to blood vessels, so a specialist team from Great Ormond Street Hospital travelled to Newcastle to embolise the tumour prior to the main operation.

“The procedure on 14 October 2021 was a success, although Albie did suffer from some seizures, and he lost the use of his left-hand side. Intensive physio has helped him to recover.” 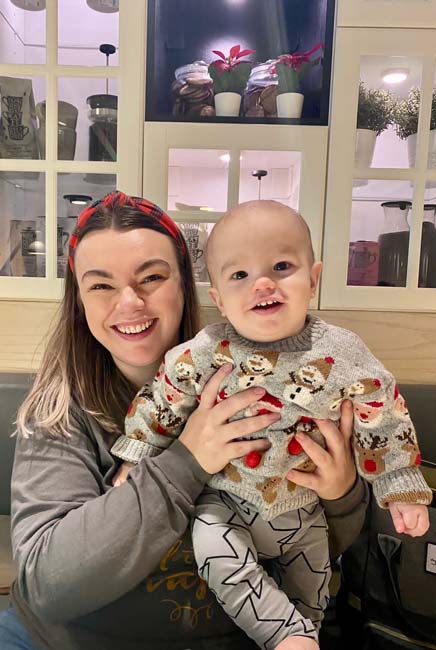 Albie is now walking and an MRI scan at the end of January will show whether or not all of the tumour has been removed.

I’m taking part in the 10,000 Steps a Day in February Challenge to raise money for Brain Tumour Research. 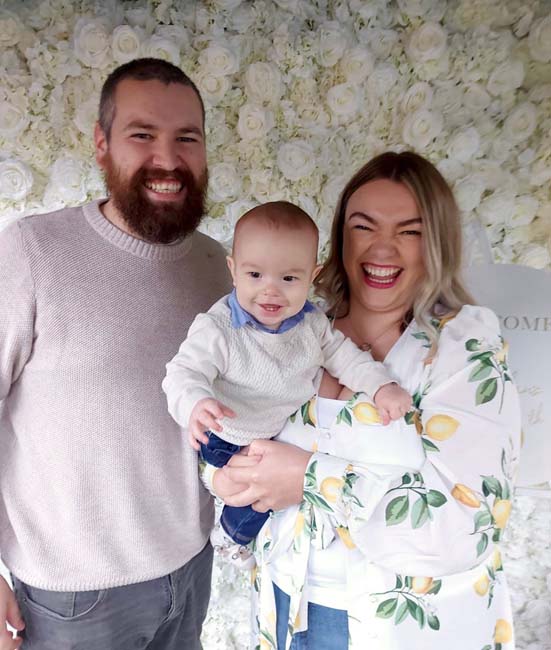 “It’s so important for me so that more can be known about the tumours and their causes.”

I want to help fund research into pioneering treatments like the embolising of the tumour Albie had prior to its removal, which ultimately saved his life.

discriminate; they can affect anyone at any age. What’s more, they kill more children and adults under the age of 40 than any other cancer... yet just 1% of the national spend on cancer research has been allocated to this devastating disease. 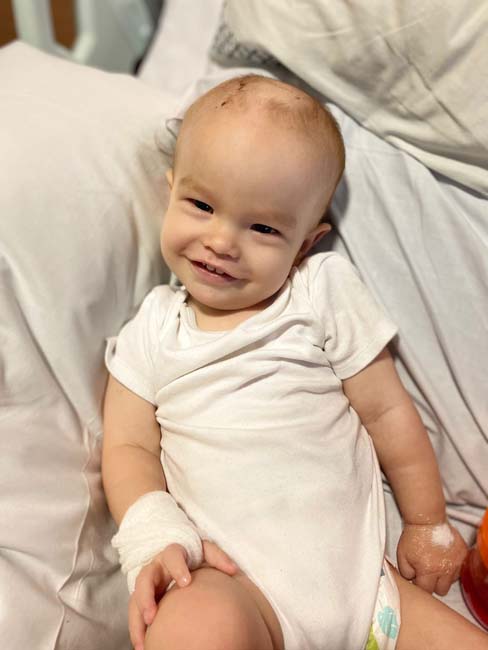