Paediatric tumours are the focus for today 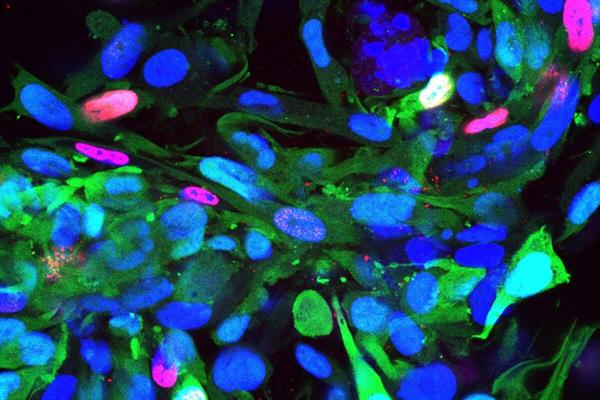 Study identifies new gene which can increase chemotherapeutic response in medulloblastomas  An international team led by the Department of Neurosurgery, Niigata University, have identified a new gene called Schlafen11 (SLFN11) whose expression is tightly correlated with response to chemotherapy in medulloblastomas, a highly malignant brain tumour affecting paediatric, adolescent, and young adult populations. The study, published in Neuro-oncology, showed that deleting SFLN11 in medulloblastoma cell lines resulted in increased resistance to cisplatin and SN-38. The research team suggested that using this information it may be possible to anticipate which cases will respond to chemotherapy.

Relapse of MYC-amplified Medulloblastoma is Associated With OLIG2 The study, published in Clinical Cancer Research, investigated the expression of OLIG2 in MYC-associated medulloblastoma. They showed that the tumours can be split into two groups, OLIG2high and OLIG2low, where OLIG2high tumours were resistant to radiation and consistently relapsed, and OLIG2low tumours were sensitive to radiation and rarely relapsed. They also demonstrated that OLIG2 was essential for recurrence. The study concluded that an OLIG2 inhibitor combined with radiotherapy represents a novel effective approach for treating this devastating disease.

Changes to chromosomes impact how children’s brain tumours respond to treatment Cancer Research UK scientists based at Newcastle University Centre for Cancer have identified chromosomal changes in medulloblastoma tumours with the lowest survival rates. The team analysed 14 tumours across the 4 subtypes of medulloblastoma and identified that the highest survival rates were among tumours made up of genetically identical cancer cells. Whereas, the lowest survival rates were for tumours made up of 3-4 genetically different cancer cells. These cells had gained and lost chromosomes over time, giving them different sets of genes, which could help tumours evade treatment.

Midatech Pharma recruits first patient study of MTX110 in glioblastoma (pictured, credit Blizard Institute, Queen Mary University of London) the R&D biotechnology company based in Cardiff, Wales has enrolled the first patient into its Phase 1 study of MTX110 for the treatment of recurrent glioblastoma at the Preston Robert Tisch Brain Tumor Center at Duke University in the US. The Phase I study is an open-label, dose escalation study which is designed to assess the feasibility and safety of intermittent infusions of MTX110 administered by convection-enhanced delivery via implanted refillable pump and catheter.

Oncotelic Initiates Clinical Trials Evaluating OT-101 against Paediatric Gliomas  Oncotelic Therapeutics, Inc have submitted a clinical trial study protocol to the FDA for a Phase 1 trial of OT-101, an anti-TGF-β2 ribonucleic acid therapeutic. It will be an open-label dose escalation study, with the goal of evaluating the safety and tolerability of repeated cycles of OT-101, administered directly into the cerebral spinal fluid (CSF) of paediatric patients with recurrent/relapsed diffuse midline glioma (DMG).

Unravelling the biology behind aggressive paediatric brain tumour reveals potential new treatment avenue Researchers at the University of Michigan Rogel Cancer Center have identified a novel treatment approach for an aggressive type of paediatric brain cancer, using therapies already approved to treat cancer. The work, published in Journal of Clinical Investigation, involved a mouse model of paediatric glioma with a histone mutation called H3.3-G34, a mutation seen in about half of children with this brain tumour. They demonstrated that the combination treatment of radiation and pamiparib (PARP inhibitor – FDA approved) worked synergistically in these mutant mice to not only improve the median survival time and but also give long term survivors.