An Imperial Paper, Watson, and Neanderthals 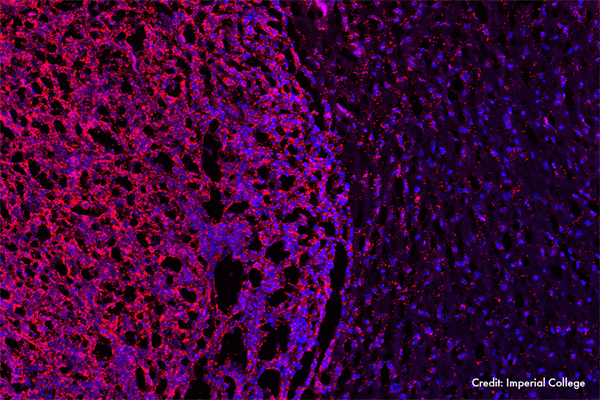 Scientists co-funded by Brain Tumour Research have made a significant finding which could help patients diagnosed with glioblastoma (GBM). They have identified a new potential target known as angiotensin II type 2 receptor (AT2R). AT2R is already known to play a role in the central nervous system and cardiovascular systems when angiotensin II binds to it. Now scientists led by Dr Nelofer Syed at the Brain Tumour Research Centre of Excellence at Imperial College London, have discovered it could also have an important role to play in fighting GBM. The researchers have shown that when angiotensin II binds to its receptor AT2R, on GBM cells, there is a proliferation and invasiveness of the cancer cells. In studies in the lab, they were able to successfully inhibit tumour growth in GBM by blocking the receptor’s activity using a re-purposed drug called EMA401 which was developed for the management of peripheral neuropathic pain. Dr Karen Noble, our Director of Research, Policy and Innovation, said: “Enabling effective delivery of drugs through the blood brain barrier, which exists to prevent toxins entering the brain, remains a challenge in treatment for brain tumours. Dr Syed’s team has now modified EMA401 and a new drug, A3E, showed even greater inhibition of growth of GBM tumours. This is a significant finding. There is an urgent need for novel approaches to treat GBM which, in the majority of cases, is fatal. There have been no improvements to treatment options for this type of tumour in two decades.”

The results of the work have, this week, been published in the journal PNAS.

In a proof-of-concept study, IBM’s Watson was able to interpret data from the whole-genome sequencing of a brain tumour more quickly than a team of experts. In the study, researchers used a beta version of Watson for Genomics to interpret whole-genome sequencing from one patient with glioblastoma. The study found whole-genome sequencing can reveal much more about a tumour than the current method, called a targeted panel, which only looks at a limited group of genes. But it can take a team of experts many hours to analyse these data and come up with treatment recommendations. In the study, the researchers applied whole-genome sequencing to the glioblastoma tumour DNA and also sequenced the tumour’s RNA. They also analysed DNA from the patient’s normal blood. A team of oncologists and bioinformaticians took an estimated 160 hours to crunch the information. Watson processed the genomic data, as well as abstracts and full-text articles from PubMed, turning up “similar conclusions” in 10 minutes, according to the study, published in Neurology: Genetics.

New research suggests that glioblastoma can hijack the brain’s own circuitry to further spread and render itself unstoppable. Researchers in Germany studied glioblastoma cells in mice and in the lab, finding that these tumours use some of the same mechanisms behind normal neuron development and migration to systematically invade the brain. The research may one day allow scientists to develop better treatments. The team’s work is published in the journal Cell.

A study from Miami has described how when taken twice a day oral olutasidenib helped to stabilise relapsed or refractory gliomas in heavily pre-treated patients with less toxicity than standard of care treatment, and these results have been published in  Neuro-Oncology.

A gene named AVIL is the oncogene (cancer-causing gene) responsible for glioblastoma but now researchers have found that it is also responsible for two forms of childhood cancer. The new discovery may open the door to the first targeted treatments for two types of rhabdomyosarcoma, a cancer of the soft tissue that primarily strikes young children. The gene may also play an important role in other cancers that form in muscle, fat, nerves and other connective tissues in both children and adults, the research suggests. The research findings are published in PNAS.

A new class of drugs that exploits a DNA repair defect common to many brain tumours to selectively kill cancer cells is reported in Science this week. Around half of glioblastoma tumours and more than two-thirds of gliomas lack the DNA repair protein MGMT. While these tumours respond initially to the widely used chemotherapeutic temozolomide, they frequently develop resistance through the loss of the mismatch repair (MMR) pathway. Aiming to overcome this resistance mechanism, a team of Yale University scientists developed temozolomide analogues that deposit a dynamic DNA lesion that can be repaired in normal cells with MGMT-mediated DNA repair mechanisms but not by cancer cells lacking MGMT. The result is MMR-independent cancer cell death with low toxicity in vitro and in vivo. The work, the researchers write, "may lead to new treatments for gliomas and may represent a new paradigm for designing chemotherapeutics that exploit specific DNA repair defects."

A fascinating read to end this week prompted us to wonder if cellular differences in brain development between modern humans and Neanderthals meant our distant cousins were more likely to develop brain tumours than we are?