The importance of classification 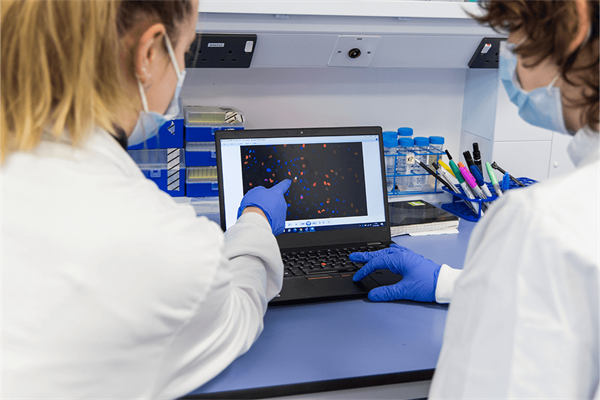 Two separate but complementary studies have found a new way to classify meningioma and this new grouping system may help predict whether a patient’s tumour will recur after treatment. According to the scientists who led the studies the potential here is to reveal what’s causing tumour growth and identify treatment ideas. The new approach focuses on molecular changes inside the tumour cells. More specifically, both studies looked at DNA methylation and identified several groups of meningiomas with distinct patterns of DNA methylation. These groupings turned out to reflect the chance of tumour recurrence after treatment.

To determine the genetic subtype, grade and diagnosis of brain tumours surgical pathology is still required however this piece from the Radiological Society of North America (RSNA) looks at  developing imaging metrics to personalise brain cancer treatment by uncovering  associations between imaging features and pathological diagnoses

The classification of brain tumours can become more accurate and precise through the use of artificial intelligence in combination with physiological imaging. This is the result of an extensive study published in  Cancers. Multiclass machine learning methods were used to analyse and classify brain tumours using physiological data from magnetic resonance imaging. The results were then compared with classifications made by human experts. Artificial intelligence was found to be superior in the areas of accuracy, precision and misclassification, among others, while professionals performed better in sensitivity and specificity. This technique is known as Radiophysionomics, and with its use the odds of misdiagnosing brain tumours could be drastically reduced.

MCG Pharmaceuticals has reported new data from preclinical laboratory studies done by its research collaborator, Slovenia's National Institute of Biology which highlights the possible use of cannabinoids in the treatment of glioblastoma.

A new finding published in Science Advances provides early evidence that there may be a benefit in targeting specific alterations in cancer cells with newer agents once a patient's glioblastoma becomes resistant to temozolomide. The research team found that temozolomide-resistant glioblastoma relies on a protein called CLK2, and that inhibiting the activity of CLK2 could cause widespread confusion, leading to cancer cell death. The targets the researchers identified were alterations in a key structural component of both DNA and RNA, specifically in guanine, one of the four bases that comprise DNA. Modifications to guanine can ultimately have an impact on CLK2, which has been implicated in the aggressiveness of the tumour. Beyond identifying vulnerable modifications, the researchers were able to identify drugs that help stabilize RNA and could potentially slow or stop the resistance that typically develops to temozolomide.

A team of scientists at MIT is developing drug-carrying nanoparticles that appear to get into the brain more efficiently than drugs given on their own. Using a human tissue model they designed, which accurately replicates the blood-brain barrier, the scientists showed that the particles could get into tumours and kill glioblastoma cells.

In the past, many potential glioblastoma treatments have shown success in animal models but then ended up failing in clinical trials. This suggests that a better kind of modelling is needed and the hope is that by testing these nanoparticles in a much more realistic model, they can cut out a lot of the time and energy that’s wasted trying things in the clinic that don’t work.

The study is published in the Proceedings of the National Academy of Sciences.

At our University of Plymouth Centre Dr Claudia Barros and her team are using a brain tumour model in Drosophila fruit flies to study tumour-initiating cells and, in other insect related news, in the US surgery on a locust's brain for cancer research is being undertaken as it is believed that ‘cyborg locusts can detect cancerous cells through scent’.

Scientists have long known about the variety of cells within a brain tumour but the way these tumours grow has been based on the understanding that the cells are static and unmoving. Now researchers have discovered that these aggressive tumours contain highly active cells that move throughout tissue in complicated patterns and that the accumulations of these elongated, spindle-like cells found throughout the tumour, coined ‘oncostreams,’ serve as the basis for cancerous cells’ behaviour, determining how tumours grow and invade normal tissue. This study published in  Nature Communications, says this organised growth is what makes brain tumours so relentless.

According to the researchers involved “This CAR T-cell therapy could be a game-changer for deadly brain tumours, much like a different CAR T-cell product shifted the paradigm for how we treat patients with relapsed leukaemia and lymphoma.” This new research identifies vulnerabilities on solid tumours glioblastoma and diffuse intrinsic pontine glioma (DIPG), that CAR T-cell immunotherapy could attack.

Radiotherapy is a valuable treatment in the management algorithm of pituitary adenomas and craniopharyngiomas. However, the risk of a second brain tumour following radiotherapy is a major concern. In this paper published in The Lancet this risk is assessed using non-irradiated patients with the same primary pathology and imaging surveillance as controls.