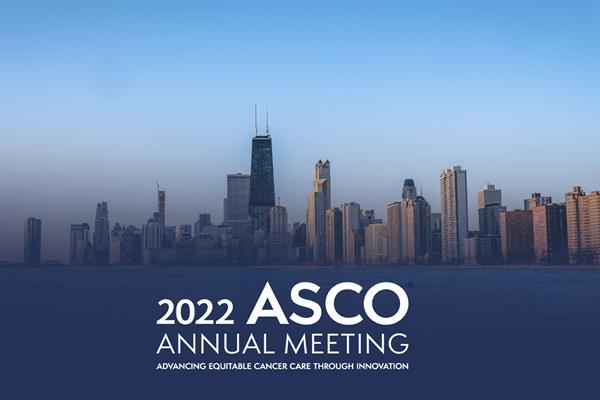 In one presentation at ASCO researchers suggested that the gut microbiome may be a viable targetable biomarker to improve immunotherapy responses in those with glioblastoma.

In another from Novartis promise was shown in treating a subgroup of paediatric brain tumour patients. In their mid-stage trial, 47% of the patients that were given the two drugs Tafinlar and Mekinist saw their tumours shrink, far above a rate of 11% in a comparative group of participants on standard chemotherapy. The participants, aged 1 to 17 years, were suffering from low-grade gliomas (LGG) although the trial only included those who were found to have the BRAF V600 mutation, a genetic contributor in about 15% to 20% of paediatric LGG cases.

Congratulations are in order for Imperial College Healthcare NHS Trust which has been recognised for  excellent care given to brain tumour patients. The Trust has been announced as one of six new NHS brain cancer centres to be named as a Tessa Jowell Centre of Excellence. The award has been given following significant service developments and engagement with the Tessa Jowell Brain Cancer Mission over the last 18 months. These six centres collectively support more than 1,000 new patients a year who will stand to benefit from the service improvements and commitment to innovation This initiative is part of the vision of the Tessa Jowell Brain Cancer Mission (TJBCM) which Brain Tumour Research is proud to be a part of, to ensure every patient has access to excellent care, no matter where they live. Imperial is also home to a Brain Tumour Research Centre of Excellence where world-leading research is taking place

Every year, our Brain Tumour Research Centres of Excellence undergo a rigorous Annual Review designed to measure progress and ensure funds are spent wisely. As well as being a chance to check on progress and future plans, these reviews offer the opportunity to illustrate our Research Centres’ impact and influence, and provide an idea of what increased funding could achieve. We are pleased to report that each of our Centres has made good progress in the last year and our Director of Research Policy and Innovation, Dr Karen Noble, writes about some of each centre’s achievements here

Many potential glioblastoma treatments have shown success in animal models but then ended up failing in clinical trials. This suggests that a better kind of modelling is needed and, using a human tissue model they designed which accurately replicates the blood-brain barrier, a team of researchers is now developing drug-carrying nanoparticles that appear to get into the brain more efficiently than drugs given on their own. The development of these nanoparticles is reported in Nature Protocols.

Results of a preclinical study published in Neuro-Oncology suggest that a drug combination of MLN4924, also known as Pevonedistat, when given in combination with a second drug called Etoposide, could help glioblastoma patients whose cancer cells have lost PTEN, a tumour-suppressor gene. Genomic sequencing of patient-derived tissue samples showed those samples with a loss of PTEN also showed a spike in the expression of a gene called TOP2A, which research suggests resists the effectiveness of MLN4924. By using Etoposide to block TOP2A, researchers believe glioma cells will be weakened enough for MLN4924 to kill the cancer. The hope is that this drug combination might prove effective for one in three glioblastoma patients

Novocure has announced a clinical collaboration with MSD as together they plan to conduct a double-blind, placebo-controlled study of Tumour Treating Fields concomitant with Keytruda and maintenance Temozolomide (TMZ) versus Tumour Treating Fields together with a placebo and maintenance TMZ for the treatment of adult patients with newly diagnosed GBM.

Finally this week an easy to read and fascinating item asks whether we are getting closer to a universal cancer vaccine. The tumour microenvironment is a microscopic world that is still poorly understood. In many cases, bacteria build up around the tumour which can be responsible for aggravating the disease. In some instances, there are also immune system cells that seem to be asleep. In the environment of the most lethal and difficult to treat tumours - such as those of the pancreas or brain - there are very few T lymphocytes, the immune cell capable of locating and eradicating any external threat. “It’s as though cancer were wearing an invisibility cloak.” It is well worth clicking through to read the whole article from the Spanish newspaper El Pais.