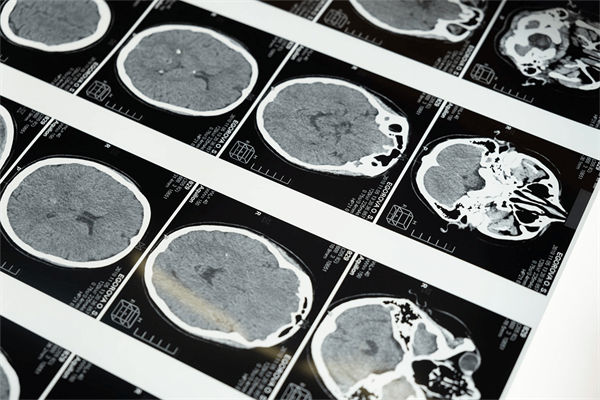 Using cells from brain tumour patients as a 3D printing material, researchers have made a model of their tumour to test the efficacy of potential treatments before using them for real inside the body. "A chunk" of the tumour from a glioblastoma patient is used to print a model matching their MRI scans. The patient's blood is then pumped through the printed tumour, made with a compound that mimics the brain, followed by a drug or therapeutic treatment. While previous research has used such "bioprinting" to simulate cancer environments, the Tel Aviv University scientists involved in this research say they are the first to print a "viable" tumour.

Medulloblastoma, whilst being a common paediatric malignant central nervous system tumour, represent a small proportion of brain tumours in adults. This research reports on the unique subgroup-specific cytogenetic features of adult medulloblastoma, which are distinct from those in younger patients, and correlate with survival disparities. The findings suggest that clinical trials that incorporate new strategies tailored to high-risk adult medulloblastoma patients are urgently needed. These findings complement the important progress being made on medulloblastoma by researchers at our Research Centre at QMUL.

Researchers in Brazil have discovered a set of biomarkers that can be used to predict which patients diagnosed with glioblastoma may have tumours that are more resistant to radiation therapy. This discovery could help doctors choose the treatment that should enable patients to live longer. Glioblastoma usually has to be surgically removed, followed by chemotherapy or radiation therapy, or both, to eliminate what could not be surgically removed and ensure the tumour does not return. However, patient survival tends to be low owing to the tumour’s resistance to treatment. According to most estimates, 80% of patients submitted to radiation therapy suffer a relapse a few months later. These researchers claim that their study “provides important information for use in screening patients prior to deciding whether radiation therapy should be used. It’s a large signature. We identified 31 genes that may indicate resistance or sensitivity to radiation when altered. So, it’s possible to verify whether there are tumour cells that are highly resistant to radiation, potentially assisting physicians in deciding on the optimal treatment.”

Some facts and figures from the American Cancer Society in a new report illustrating that although incidence rates of adult brain tumours are decreasing 5-year survival rates remain low.

There are over 120 different types of brain tumours and although distinguishing between them can be difficult it is nevertheless essential for effective treatment. This year, the Gertrud Reemtsma Foundation is awarding the International Prize for Translational Neuroscience to two researchers who have made a significant contribution to improving the diagnosis of brain tumours. Hai Yan from Duke University School of Medicine was instrumental in identifying two tumour proteins that are typical for certain sub-groups of gliomas. Andreas von Deimling and his group from the University of Heidelberg have developed antibodies that bind to these altered proteins. The tumours can now be classified at the molecular level. A patient’s cancer can thus be classified more precisely and the therapy adapted accordingly.

There won’t be a research update next week but it will return on 10th September.