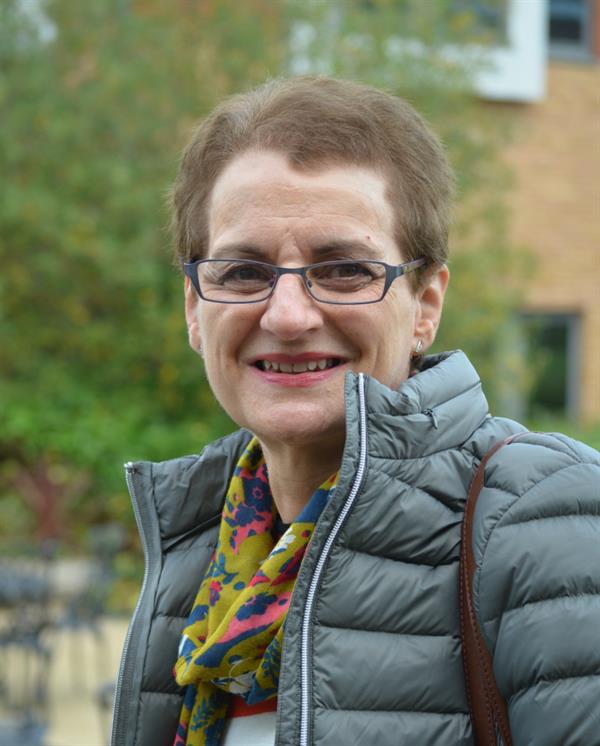 A mother, who was diagnosed with a brain tumour when her three children were 15,18 and 20, attended the UK Brain Tumour Symposium in Milton Keynes on Thursday, 12th October.

Francoise Shelton, 58, of Cheddington, was having trouble communicating and underwent big personality changes. She then fell unconscious and finally, in 2007, aged 47, was diagnosed with a large meningioma brain tumour pressing on her frontal lobe, which explained all the big changes in her personality.

Following surgery it took 18 months to two years before Francoise felt well again, as she struggled with regular headaches, fatigue and flashbacks. Then, in 2014, she was diagnosed with kidney cancer and had to have one of her kidneys removed.

Francoise said: “My children have been my inspiration to carry on since 2007, in spite of all the setbacks.  I truly feel that without my daughters’ constant support I might have given up.”

“Research into this disease is really important to me. I know that brain tumours can affect anyone at any age, but no one knows what causes them.  It is only right that the national spend on research into brain tumours should be increased to £30 - £35 million a year, in line with breast cancer and leukaemia.”

“It was comforting to hear at the Symposium that advances are being made. I am determined to continue to raise awareness to help bring about better outcomes for patients.”