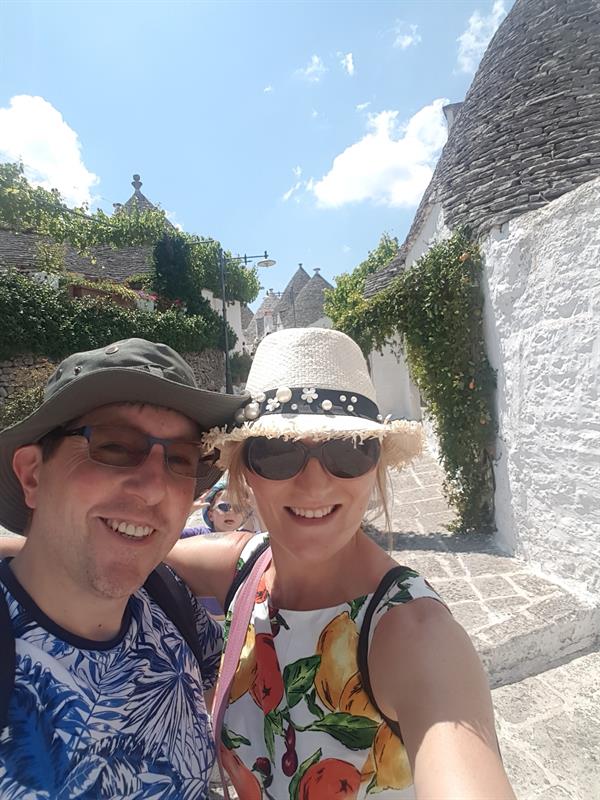 A wife whose husband was diagnosed with a brain tumour has welcomed a new report exposing the punishing financial burden of the disease.

Franco Pietrantonio, 43, of Burton Joyce, Nottingham, was diagnosed with a large, low-grade glioma in October 2016. Now he and his wife Wenna face even more worry through the financial impact of his disease, due to the cost of taking unpaid time off work, traveling to and from hospital appointments, additional childcare costs, high car parking charges and increased insurance premiums. While Franco is, thankfully, back at work, he was forced to take time off when diagnosed and also lost his driving licence, adding to the family’s worries. Wenna also took several unpaid weeks off work after surgery to look after him as he recovered.

Wenna said: “Franco’s diagnosis was extremely tough and the financial pressures of his illness only added to our concerns. We have three young children so the fact he had to give up both his driving licence and his job for months was extremely hard. Though he is back at work and driving now, there are many other families that aren’t so fortunate and lose their income entirely. The cost of public transport, travel, health and life insurance was another struggle for us, as was our already expensive childcare costs; we needed to pay a childminder to look after our young children every time Franco had an appointment.

“Neither of us will ever live life in the same way again. It’s put everything into perspective and we have a new sense of vulnerability.”