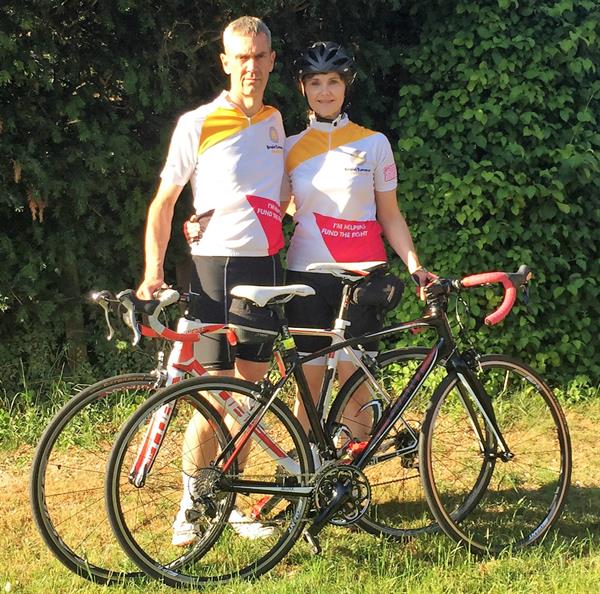 The tragic loss of a toddler to a brain tumour has inspired her mum to take on a gruelling cycle challenge.

Rowena Robbins died at the age of four, just 17 months after she was diagnosed with an inoperable brainstem glioma. Her mother, Elaine Rust, is working with the charity Brain Tumour Research to raise awareness of the disease which kills more children and adults under the age of 40 than any other cancer.

Elaine, from Winchester, said: “As a parent you think you should be able to find a solution to all your children’s problems and I still can’t describe how it feels to be told there is no cure.

“Nearly 20 years after Rowena died, there is still no cure for this type of brain tumour and research remains painfully underfunded; just 1% of the national spend on cancer research has been allocated to this devastating disease.”

Elaine is a lecturer in marketing at the University of Portsmouth where Brain Tumour Research funds a Centre of Excellence where work is dedicated to a better understanding of paediatric brain tumours.

“Rowena was my second daughter, she was just like any other little girl – she liked dressing up, being mischievous, laughing and playing with her big sister. She didn’t get the chance to grow up and, in the final photo I have of her which was taken just two months before she died, you wouldn’t know she was ill.”

Elaine is sharing Rowena’s story for the first time in the hope of raising awareness of the disease and, in particular, the need for greater funding.

Brain Tumour Research is striving to fund a network of seven dedicated research centres whilst challenging the government and larger cancer charities to invest more in brain tumour research.

Elaine and her husband Robert are among 24 cyclists supporting the charity by taking part in Prudential RideLondon, described as “the world’s greatest festival of cycling.” Some 25,000 are expected for the RideLondon-Surrey 100 mile sportive which will set off from the Queen Elizabeth Olympic Park in east London on Sunday 30th July before heading through the capital and out into the Surrey countryside and returning to the finish on The Mall.

Tim Green, Regional Fundraising Manager for Brain Tumour Research in the south east, said: “For too long, brain tumours have been a neglected cancer. Stories like Rowena’s remind us all that we cannot allow this desperate situation to continue. We are extremely grateful to Elaine and Robert for their support and wish them well.”

To make a donation to Brain Tumour Research go to Elaine’s JustGiving page.