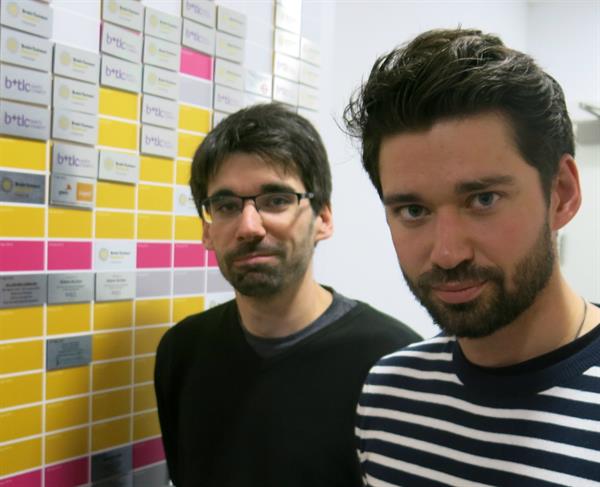 A Suffolk family, who lost a loving daughter and sister, two months before her 30th birthday, are helping to fund a PhD student at Queen Mary University of London to help with vital research to find a cure for the devastating disease which took her.

In July 2015, Annie Hughes of Framlingham in Suffolk, (née Annie Dunham) and mother of two young children, Noah and Lily (just three and 19 months respectively at the time), was diagnosed with an inoperable brain tumour on the brain stem. Her family, including mother and father, Madeleine and Nick Dunham, her six brothers and sisters and her husband David were devastated to hear that the only treatment available to Annie was palliative radiotherapy and that her survival prognosis was “maybe just a few months”.

They set up a charity, which was named Annie’s Challenge, and recently became a member charity of game-changing national charity Brain Tumour Research, to raise desperately needed funds for research. Annie was actively involved in every aspect. She helped build the website herself and witnessed her sister Kitty completing several runs to start off the fundraising. Annie also knew that her brother Henry was committed to “do something mammoth” to raise funds and awareness.

Tragically, Annie passed away on 7th March 2016, the very day that two of her aunts chose to visit – one from Leicestershire and the other all the way from the USA.

Her husband David said: “It was all so sudden, so heart-breaking.  Annie was my soul-mate, the keystone of our little family. I couldn’t imagine how I was going to go on without her and be both mum and dad to our two very young children – just four and two-years-old when Annie passed away.”

On Tuesday 7th November, Annie’s brothers, Ben and Henry Dunham, both trustees of Annie’s Challenge, were at Brain Tumour Research’s Centre of Excellence within Queen Mary University of London to meet James Boot, the PhD researcher who Annie’s Challenge will be part-funding at £15,000 per annum over the next three years. Ben and Henry were shown around the laboratories and talked with the scientists there about their pioneering work to get closer to finding a cure for aggressive brain tumours, like the type which took Annie.

Ben said: “The options were so limited for Annie, which is why we are working with Brain Tumour Research to help fund desperately needed research. We are so grateful to all our supporters for their generous donations. They have enabled Annie’s Challenge to help to fund James’s work at the Research Centre of Excellence within Queen Mary University of London, in memory of Annie, to get closer to a cure. I know it’s too late for Annie, but other families with loved ones diagnosed with brain tumours need to have the comfort that more effective treatments have been identified and ultimately a cure found for this devastating disease.”

Henry, who along with a friend, was the first to undertake the jaw-dropping 6,500 mile walk from the UK to Kathmandu (between May 2016 and April 2017), which raised over £15,500 for research, commented: “Brain tumours kill more children and adults under the age of 40 than any other cancer, yet just 1% of the national spend on cancer research has been allocated to this devastating disease. This is ridiculous!

“My family and I can’t stand by without doing all we can to change this chronic underfunding. We want Annie’s legacy to be helping find a cure for this deadly disease and we don’t want her name to be forgotten. Life will never be the same without Annie. There will always be a part of our family missing. We won’t rest until there is a cure.”