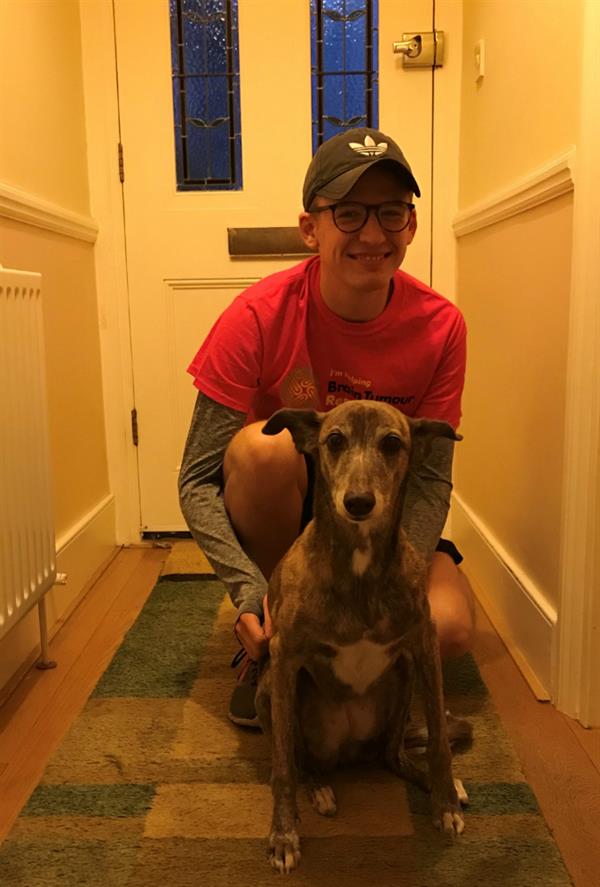 A university student who lost his dad to a brain tumour is taking on this year’s London Marathon to raise vital funds for research into the disease.

William Rennicks, 22, from Dudley and studying for a degree in Economics at the University of Surrey in Guildford, is taking part in the event in memory of his dad, Robert Rennicks, who passed away from an aggressive brain tumour in 2016.

Robert was 56 when he was diagnosed with a grade four glioblastoma multiforme (GBM) brain tumour in June 2016 after suffering from a seizure at the family home.  Due to the aggressive nature of the tumour and its location, surgery wasn’t an option and treatment was limited. Unfortunately, Robert died less than six months later leaving William, daughter Emily and his wife of over 30 years, Gaynor.

On Sunday 22nd April 2018, William will be pounding the streets of the capital to raise money for the pioneering charity Brain Tumour Research, which is funding world-leading research to find a cure for the disease.  He has already raised over £1,000 towards his £3,500 fundraising target.

William, said: “It’s been a little over a year since dad died and we still think about him every day. I’m sure he would be really proud that I’m taking part in the marathon, but as he was a keen cyclist I’m sure he would have wanted me to be on a bike!

“Over 16,000 are diagnosed with a brain tumour each year in the UK, though little is still known about the disease. I can only hope my efforts will raise vital funds for research to help find a cure for tumours like the one my dad had.”

Carol Robertson, Community Fundraising Manager for Brain Tumour Research, said: “For too long, brain tumours have been a neglected cancer. Stories like Robert’s remind us all that we cannot allow this desperate situation to continue.

“We are extremely grateful to William for his support and are appealing for runners who have a ballot place for the marathon to join him on Team Brain Tumour Research by nominating us as their chosen charity for 2018. Together we will find a cure.”

To make a donation to Brain Tumour Research via William’s JustGiving page go to https://www.justgiving.com/fundraising/william-rennicks4  and for more information on applying for one of Brain Tumour Research’s remaining London Marathon places go to www.braintumourresearch.org