Staunch campaigner back at Westminster as brain tumour burden highlighted 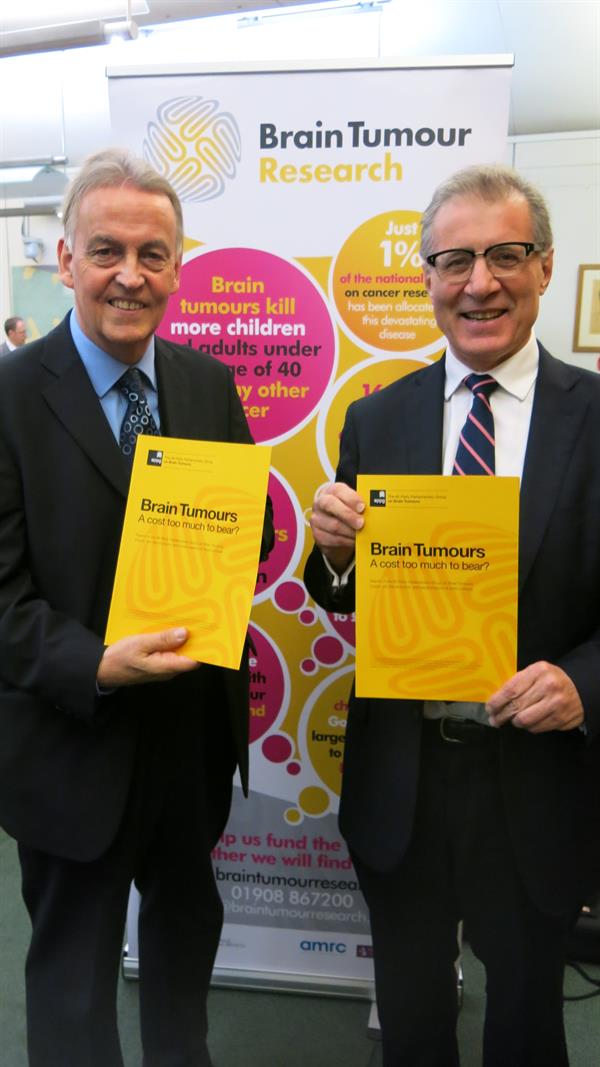 A campaigner who lost his son to a brain tumour was at Westminster as MPs launched a hard-hitting report on the unbearable burden of the disease.

Peter Realf was attending the All-Party Parliamentary Group (APPG-BT) on brain tumours as it held its AGM. And the poignant story of Peter’s son Stephen, who died at the age of 26, features in the group’s new report Brain tumours – a cost too much to bear? published on Tuesday 20 November.

The report on the economic and social impact of brain tumours is the result of a Parliamentary inquiry which received more than 200 online submissions from patients and their families and comprehensive written submissions from charities and academics. It also held oral evidence sessions during June and July from researchers, doctors, surgeons, academics, representatives of drug companies as well as brain tumour patients of all ages and their families.

Peter, from Rubgy, wrote: “My son Stephen was training to be a pilot in the Royal Air Force, going solo after 10 hours tuition, before he’d even passed his driving test. Suddenly at the age of 19, following a five-month spell of having occasional ‘pins and needles’ in his right arm, he was diagnosed with a ‘benign’ grade 2 astrocytoma.

“Overnight he lost his authority to fly, drive a car, and with it his independence. He was signed off work for two years and had to return home. It soon became clear he would most likely lose the career he had worked so hard to achieve.

“After diagnosis things moved quickly, and the neurosurgeon removed an orange sized tumour in his left temporal lobe. Knowing nothing about brain tumours and the devastating impact they can have, we were very shocked when the neuro-surgeon announced ‘I’m afraid your tumour will re-grow, turn more aggressive, and will kill you’ at a post-operative meeting. At the age of 19 our bright, funny, amazing young man was being told he had five to seven years to live.

“After less than two years, the 20% of Stephen’s tumour impossible to remove during his neuro-surgery, started re-growing. Once again the family was devastated and Stephen was left to dwell on his future – or lack of it. Six weeks of radiotherapy were scheduled, followed by weeks of chemotherapy, which his body couldn’t tolerate. Each course of treatment had to be abandoned after three or four doses. Having lost his hair, and interest in food, it was truly heart-breaking to see my young, previously fit son who could run 12 miles with a military Bergen on his back, now struggling to walk 10 feet from our bathroom to his bedroom.

“Stephen passed away in August 2014, having just turned 26. He left behind a large circle of family and friends deeply affected by what they had witnessed happening to him. That is Stephen’s story, but as you can read, sadly and unacceptably, our family’s situation is far from unique, and survival rates for brain cancer patients remain largely unchanged during the last 30 years.”

Stephen’s parents Peter and Liz and his sister Maria Lester have played a key role in highlighting the issues around the historic underfunding for research into brain tumours.

Sue Farrington Smith, Chief Executive of the charity Brain Tumour Research, said: “We are extremely grateful to Peter and Liz for their courage and commitment in continuing to share their very personal story which demonstrates why we must continue to highlight this issue and do everything we can to improve outcomes for brain tumour patients.