Shanna takes on marathon challenge in memory of her mum 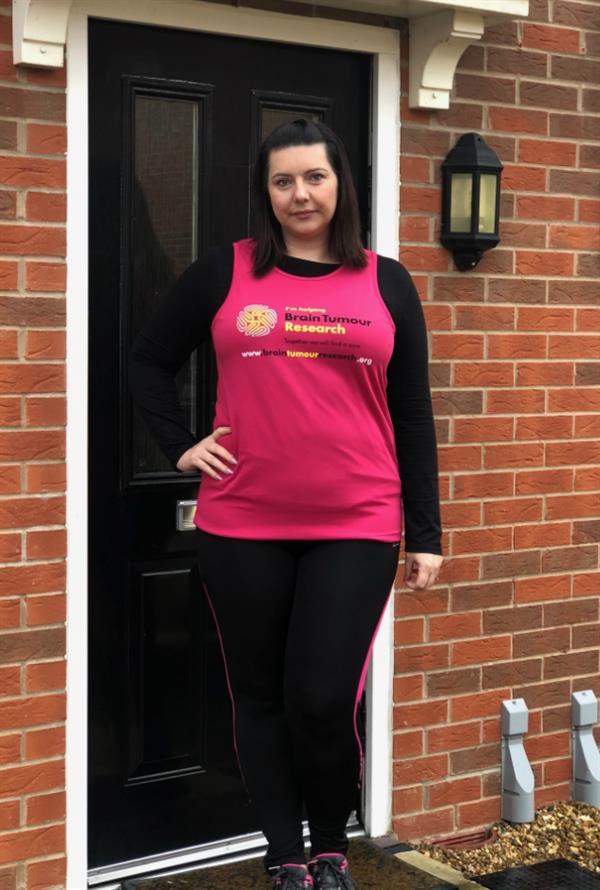 A woman who was only 14 years old when she lost her mum to a brain tumour is running the London Marathon to raise funds for research into the disease.

Shanna Green, who lives in Irthlingborough, has already raised more than £500 and is hoping to reach a target of £3,500 for the pioneering charity Brain Tumour Research which funds a network of Centres of Excellence where scientists are focused on improving outcomes for patients and, ultimately, finding a cure.

Shanna’s mum, Steph White, was just 35 when she passed away in August 1998. At the time, Shanna and her younger brother, who was then 11, didn’t realise how ill their mother was, even though she had previously been diagnosed with lung cancer and had undergone gruelling rounds of chemo and radiotherapy as well as surgery to remove half of her lung.

Originally from Doncaster in South Yorkshire, Shanna, 34, said: “Mum wanted to protect us and didn’t let my brother and me see the true extent of what she was going through. She had her operation and treatment for the lung cancer and we thought everything was going to be OK. But less than six months after being given the all clear following her treatment, she woke one morning with a severe headache and did what anyone would do, took some pain relief in the hope it would subside but it didn’t. She went into hospital and the next day she passed away. I only learnt a few years ago that she passed away from secondary tumours on her brain and spinal cord. She was only 35 which I think most people would agree is no age, and my brother and I were devastated.

“Mum was such a positive person and continued working as a car dealership forecourt assistant right through her illness. She had a brilliant sense of humour and loved to make people laugh. What happened to her hits me very hard when I think about it as I am now 34, just a year younger than she was when she died, and I have a 15 year old child, Jack. I can’t imagine not being there for him and his younger brother, Oliver.”

Fitting in her training for the marathon around being a busy mum, working as beautician and studying for a law degree, Shanna is determined to fulfil a long-held ambition: “I always said I wanted to run the marathon before I turned 30. That came and went four years ago, and I’ve since said that I’ll run it before I hit 40, so here I am, training to run the 2018 London Marathon! I’m honoured to be running for Brain Tumour Research to help fund vital research into understanding the different types of tumours, and hopefully help eradicate this horrible disease.”

Shanna will be pounding the streets of the capital on Sunday 22nd April as she takes part in the marathon, which is the world’s most famous running event.

Paula Rastrick, Community Fundraising Manager for Brain Tumour Research, said: “Brain tumours kill more children and adults under the age of 40 than any other cancer yet just 1% of the national spend on cancer research has been allocated to this devastating disease.

“For too long, brain tumours have been a neglected cancer. Experiences like this family’s reminds us all that we cannot allow this desperate situation to continue. We are extremely grateful to Shanna for her support and are appealing for runners who have a ballot place for the marathon to join him on Team Brain Tumour Research by nominating us as their chosen charity for 2018. Together we will find a cure.”