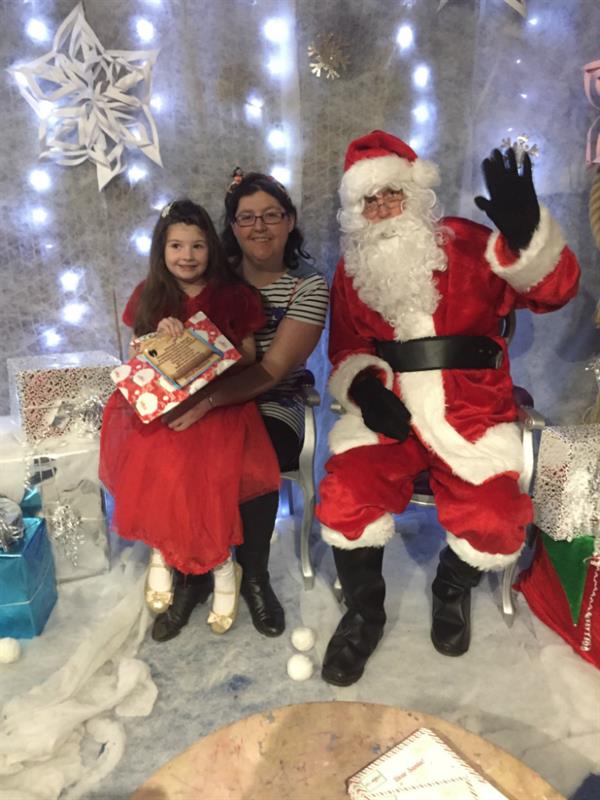 A year ago, seven-year-old Phoebe Vines made a very poignant Christmas wish – she asked for her mum not to die.

Six months later, she learned that wishes don’t always come true. Phoebe is now is facing her first Christmas without mum, Becky, who lost her life to a brain tumour.

Brave Phoebe, from Tetford, Lincolnshire, is the face of this year’s Christmas appeal for Brain Tumour Research. The pioneering charity is seeking donations to fund research to improve treatments for patients and, ultimately, finding a cure for brain tumours.

Her mum Becky was diagnosed with glioblastoma multiforme (GBM), a highly aggressive brain tumour at the age of 23. She defied the odds by giving birth to “miracle baby” Phoebe and outlived her bleak 12-month prognosis, living for nine years.

The young mum underwent surgery three times and endured many months of chemotherapy and radiotherapy. She passed away in June at the age of 31 at the home she and Phoebe shared with her parents Claire and Steve.

Phoebe has already raised nearly £3,000 for Brain Tumour Research in memory of her mum and is encouraging others to follow her example by making a text donation to fund vital work at a network of Centres of Excellence.

The Christmas campaign appeal, which is launched today, 4th December, features her handwritten message “Dear mummy, I miss you so much this Christmas. Love you forever, Phoebe” and will be seen on London Underground trains across the entire tube network this December.

Phoebe’s grandma Claire said: “It is a sad fact that brain tumours kill more children and adults under the age of 40 than any other cancer yet just 1% of the national spend on cancer research has been allocated to this devastating disease.”

The schoolgirl is asking people to make a text donation to fund vital work at a network of Brain Tumour Research Centres of Excellence.

Claire added: “Phoebe had always known she was going to lose her mum and now we are her moma and popa. Becky’s tumour was stable for six years but its presence was always there, casting a shadow, and it was as if we were living on a knife-edge.

“Although she was stable for a while, by October last year it was looking as if Becky had just weeks left. We chose to celebrate Christmas early explaining to Phoebe that it would probably be mummy’s last. They visited Santa in his grotto and Phoebe made a wish for two things: a Shopkins toy and for her mum not to die. It was just so sad.

“This year, we face our first Christmas without her. Becky was an inspiration and she always managed to be so positive throughout everything. Phoebe is a delightful child, so strong and so much like her mum.

“Phoebe knows everything there is to know about brain tumours to the extent that, unprompted, she stood up and gave a talk to her class at school. She told them there was no cure for brain tumours because there wasn’t enough money to pay scientists to find one. We are extraordinarily proud of Phoebe and her fundraising and I know Becky would be too.”

Phoebe said: “I am seven years old and my mummy died of a brain tumour in June. I really miss her. She wanted me to be happy and I want to make her proud of me.”

Carol Robertson, Head of Community Fundraising for Brain Tumour Research in Lincolnshire, said: “Claire, Phoebe and their family are such an inspiration with their commitment to supporting our cause, particularly so soon after their loss. Sadly, Becky’s story is far from unique – brain tumours kill more women under 35 than breast cancer. We are campaigning to see the national spend on research into brain tumours increased to £30 - £35 million a year, in line with breast cancer and leukaemia.”

To support the Brain Tumour Research Christmas appeal text HOPE to 70144 to donate £5 or visit www.braintumourresearch.org