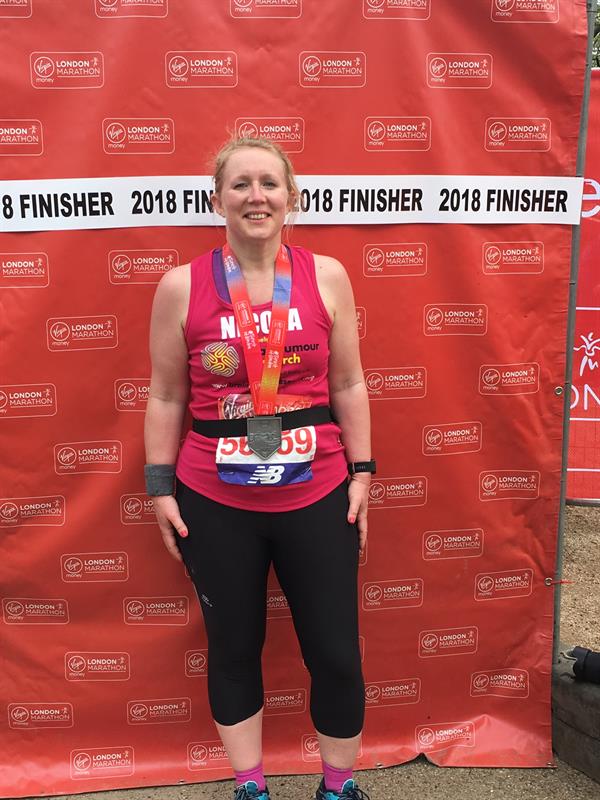 A lawyer from Greenwich has completed the London Marathon in memory of her father who died from a brain tumour.

Nicola Hill lost her father, Malcolm, after a three-year battle against a glioblastoma multiforme (GBM), a highly aggressive brain tumour with an average life expectancy of just 15 months. Malcolm, a former Chief Superintendent with the Metropolitan police, had his retirement cut short after being diagnosed with the devastating disease, and was aged 68 when he passed away in July 2016.

Malcolm served in stations across the capital including Scotland Yard. Starting as a Metropolitan Police Cadet at the age of 17, he quickly rose through the ranks to become a senior officer.

Inspired by her father’s illness, Nicola ran in the world’s most famous running event to raise awareness and funds for the pioneering charity, Brain Tumour Research.

Nicola, who works as a partner at Kingsley Napley LLP law firm, said: “I’m so happy that I’ve completed the marathon, I have such a sense of achievement; it’s an event that I’ve always wanted to do and now I can finally say that I have.

“More importantly, I’m raising much-needed funds for research into brain tumours so that fewer people have to go through what Dad did, and so that one day a cure is found. I am hoping to raise over £8,000 which will fund scientists at one of the Centres of Excellence for three days.”

Nicola was one of 40,000 runners taking part in the event which was started by The Queen from the grounds of Windsor Castle. It was the 38th London Marathon to take place since the first on 29th March 1981.

The money Nicola raises will go towards the pioneering charity Brain Tumour Research which funds a network of dedicated Centres of Excellence where scientists are focused on improving outcomes for patients and, ultimately, finding a cure.

Michael Thelwall, Head of Community Fundraising for Brain Tumour Research, said: “Nicola’s determination and commitment are fantastic and I hope her story will provide inspiration to others whose lives have been affected by a brain tumour.

“For too long, brain tumours have been a neglected cancer. Experiences like Malcolm’s remind us all that we cannot allow this desperate situation to continue. We are extremely grateful to Nicola and offer our congratulations to everyone who took part in this year’s event to raise money for charity.”