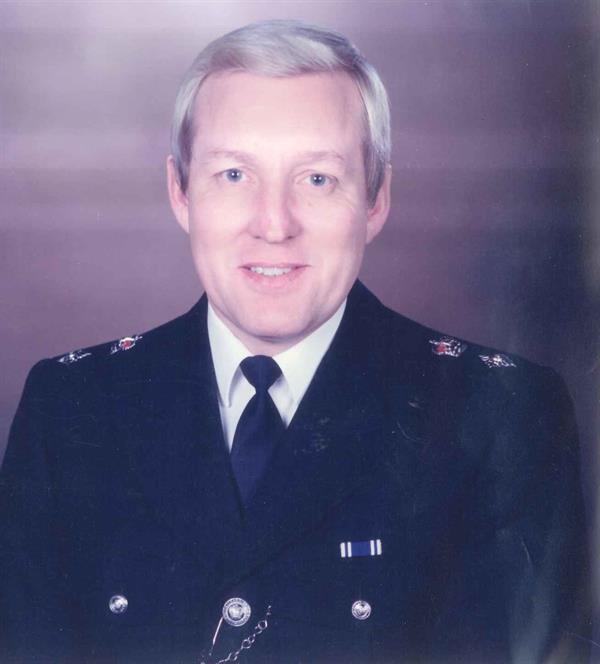 A former Chief Superintendent with the Metropolitan Police is being remembered by his daughter at the London Marathon 2018.

Malcolm Hill lost a three-year battle against a glioblastoma multiforme (GBM), a highly aggressive brain tumour with an average life expectancy of just 15 months. This month, in her father’s memory, Nicola Hill will take on the world’s most famous running event on Sunday 22nd April to raise funds for research into the devastating disease.

In his time as a Chief Superintendent, Malcolm served in stations across the capital including Scotland Yard. Starting as a Metropolitan Police Cadet at the age of 17, Malcolm quickly rose through the ranks to become a senior officer in the force.

In retirement, Malcolm was an active member of the local community in Surrey, organising the annual Sunbury Open Gardens and was also a judge at the Chelsea Flower Show. Despite a six-week course of daily radiotherapy and medication to control the tumour, Malcolm passed away on the 9th July 2016 aged 68, leaving his wife, Jean, two daughters and three grandchildren.

Nicola, who lives in Greenwich and works as a partner at Kingsley Napley LLP law firm, is aiming to raise £5,500 in his memory for the pioneering charity Brain Tumour Research which funds a network of dedicated Centres of Excellence where scientists are focused on improving outcomes for patients and, ultimately, finding a cure.

Nicola will be pounding the streets of the capital in 10 days alongside tens of thousands of runners in the world’s most famous running event. Nicola said: “Having lived in Deptford and Greenwich over the years, my husband and I have always watched the London Marathon and admired everyone taking part.

“I decided to enter for a place with Brain Tumour Research as it’s a cause really close to my heart. Losing Dad to this disease has been devastating, and I have colleagues who have been diagnosed or affected too. It shocks me how prevalent brain tumours are and yet only 1% of the national spend on cancer research has been allocated to finding a cure.

“It’s safe to say I’m not a natural runner – I’ve started from zero with this marathon challenge but it will all be worth it when I cross the finish line and make a big donation to Brain Tumour Research.”

Brain tumours kill more children and adults under the age of 40 than any other cancer – and more men under 45 than prostate cancer, yet just 1% of the national spend on cancer research has been allocated to this devastating disease.

Michael Thelwall, Community Fundraising Manager for Brain Tumour Research, said: “For too long, brain tumours have been a neglected cancer. Stories like Malcolm’s remind us all that we cannot allow this desperate situation to continue.

“We are extremely grateful to Nicola for her support and wish her luck for the event. The money raised from the London Marathon will go towards pioneering research that is taking place at our Centres of Excellence including those at Queen Mary University of London and Imperial College. Together we will find a cure.”

To make a donation to Brain Tumour Research via Nicola’s JustGiving page go to https://www.justgiving.com/fundraising/nicola-hill33

For further information, please contact: Farel Williams at Brain Tumour Research on 01908 867221 or 07592 502708 or farel.williams@braintumourresearch.org