Radstock man urges local community to get their Hats on for Brain Tumour Research! 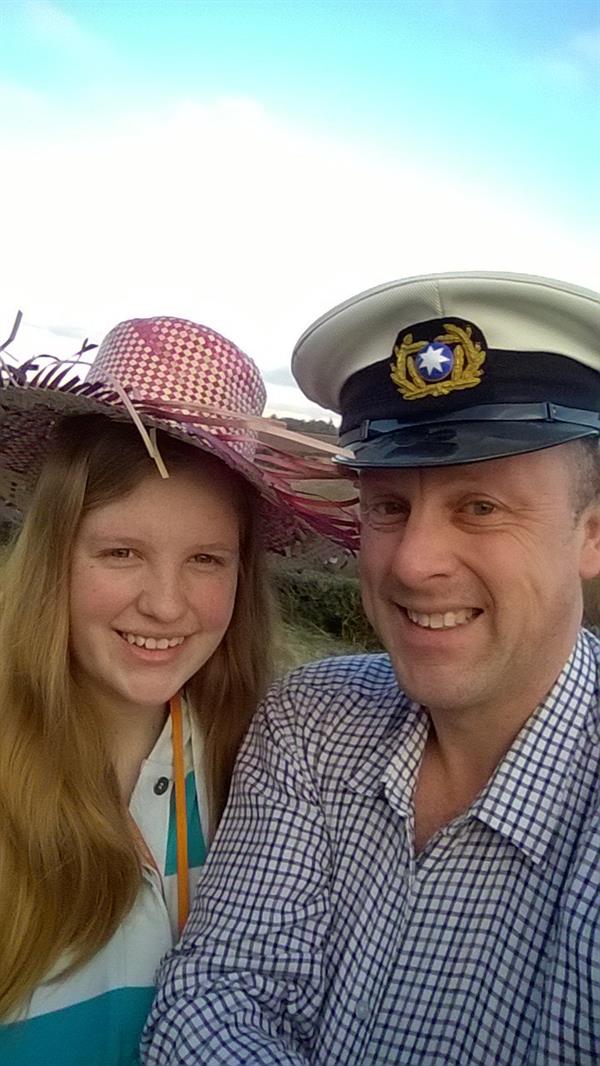 A Radstock man who was diagnosed with an aggressive brain tumour in 2011, is inviting local people to help raise funds for scientists working to find a cure for brain tumours.

Andrew Stammers, 43, first realised anything was wrong when he woke to find paramedics leaning over him. He had had a seizure. Initially the A&E team at Bath Royal Hospital thought Andrew had experienced a stroke, but scans revealed a shadow on his brain and he was diagnosed with a tennis ball-sized tumour.

Andrew is a husband and father of three daughters, Gracie 18 and Tamzin 15 (who both attend Norton Hill Academy in Midsomer Norton) and Amwyn, nine, (at St Nicholas Primary in Radstock). He had an awake-craniotomy because the tumour was very close to his speech and understanding sensors and the surgeons needed to know they weren’t causing any irreversible damage.

Speaking of his terror, Andrew explained: “As I was awake I have strong memories of the operation.  I heard lots of noises as they sawed open my skull.  They told me I was going to be very scared and to swear and shout and do what I needed to do to get through it. As a Christian, I couldn’t very well swear, could I?   But I said the Lord’s Prayer over and over again.  The more frightened I was, the faster I said it.”

Shocked to learn that the tumour wasn’t benign as first thought and that it was likely to grow back in one to two years, Andrew vowed to undertake a yearly challenge to raise desperately needed funds for game-changing national charity, Brain Tumour Research. These challenges have included the BikeBath 80 mile and RideLondon 100 mile cycles and a 100 mile walk from Bath to Hungerford and back along the Kennet and Avon Canal in less than 72 hours.

Andrew continued: “Thankfully I am still here and now on annual scans, but I have the constant worry that the tumour will start growing again. Every year more than 16,000 people are diagnosed with a brain tumour in the UK, and it is so distressing for the families involved. It’s a grim fact that less than 20% of patients survive for five years. More research is vital if we are to understand what causes different types of brain tumour, and importantly find a cure for this devastating disease.

“That is why I am asking people to support Brain Tumour research’s annual Wear A Hat Day which this year takes place on 29th March. It would be fantastic if as many people as possible could hold Wear A Hat Day events of their own or make a donation to the charity.”

“Many people will remember the late Emma Welch from Chilcompton (who also went to St Nicholas Primary and Norton Hill) – an absolutely inspirational teenager who, inspired by my diagnosis, took on a variety of challenges to raise awareness and funds for Brain Tumour Research, including climbing the height of Everest on a climbing wall. Tragically she passed away in June 2016, aged 14, following complications after an operation to correct a curvature of the spine, just days after her latest fundraising challenge. Emma’s best friend, Victoria Roberts, 17, from High Littleton, has taken over her mantle and continues to raise funds for the charity, helped by Emma’s teddy Daisy Bear.”

Brain Tumour Research funds a network of Centres of Excellence where scientists are focused on improving outcomes for the many thousands of families affected by a brain tumour diagnosis every year, and, ultimately finding a cure.

Wear A Hat Day this year is led by Caprice, a survivor of the disease. Businesswoman, model, actress and mum, Caprice, revealed she had been diagnosed with a brain tumour in April 2017. She recalls: "I had headaches that were not going away and my vision was beginning to act up."

Alongside Debbie McGee and Sheila Hancock, Caprice is joining supporters, clinicians, researchers and MPs in a programme of charity events in the run-up to Wear A Hat Day 2018.

Television, radio and stage performer, Debbie McGee, lost her husband Paul Daniels to a brain tumour in 2016. Debbie teamed up with the charity to produce a special ‘Rabbit in a Hat’ badge (available via the charity) as a tribute to the great magician.

Long-time supporter, actor and author Sheila Hancock CBE, whose grandson survived a childhood brain tumour, will also be appearing in the charity ad campaign for the second year running.

Andrew, who sets himself a challenge every year to raise funds for Brain Tumour Research, will be undertaking a non-stop 400km cycle challenge in June between the piers in Weston Super Mare and Walton-on-the-Naze. He hopes to complete the Pier to Pier in 24 hours.

If you have been inspired by Andrew’s story you can donate via www.justgiving.com/fundraising/andrew-stammers9

We are campaigning to see the national spend on research into brain tumours increased to £30 - £35 million a year, in line with breast cancer and leukaemia. The unprecedented success of our 2015 petition led to the 2016 Westminster Hall debate and Brain Tumour Research taking a leading role in the Government’s Task and Finish Working Group convened to tackle the historic underfunding for research with the report published in early 2018.