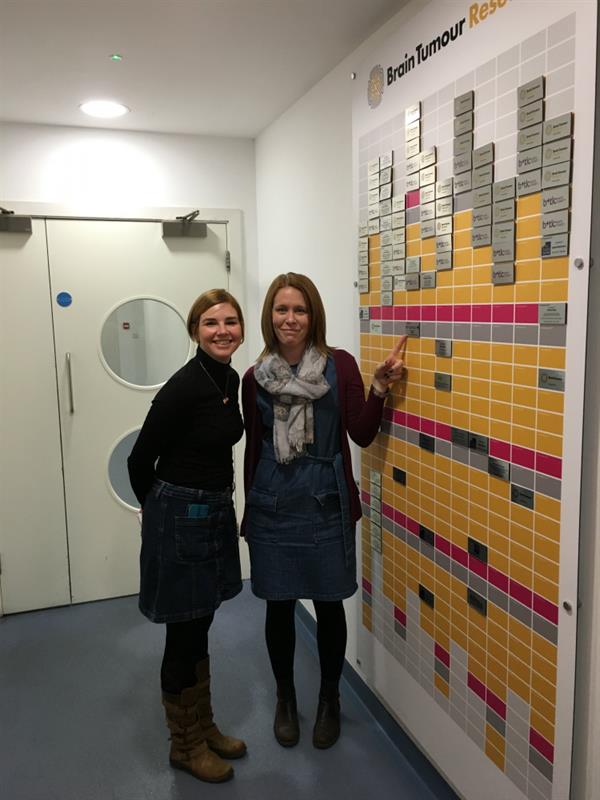 A police officer and father-of-two who died from a brain tumour has been remembered at a research centre where scientists are focused on finding a cure for the disease.

Next month sees the first anniversary of the death of Steve Holbrook, who served with Bedfordshire Police and lived in Great Paxton, Cambridgeshire. The 37-year-old, who was diagnosed with an aggressive glioblastoma multiforme (GBM) brain tumour, had campaigned alongside the national charity Brain Tumour Research to raise awareness of the disease and the underfunding for research to find a cure.

His determination and commitment to raise awareness touched many, including pupils and staff a school in Bielefeld, the British Army’s headquarters in Germany, where a life-long friend of his widow Carrie now works as a teacher. The youngsters raised £3,100 in Steve’s memory by taking part in Wear A Hat Day last year, the UK’s premier fundraising event which raises awareness of brain tumours.

Teacher Claire Pond-Barrett was accompanied by Carrie as she travelled to London on Wednesday (11th October) to place a tile on the Wall of Hope at the Brain Tumour Research Centre of Excellence at Queen Mary University of London where scientists are focused on improving treatments and patients and, ultimately, finding a cure for brain tumours. Each tile represents the £2,740 it costs to fund a day of research.

Claire said: “I am really proud that our relatively small school, which has 130 pupils, got together to raise this fantastic amount in memory of Steve and in the hope that more treatments and, ultimately, a cure can be found.”

The two women were given a tour of the lab where scientists, led by Professor Silvia Marino, are researching the causes of GBM

Paula Rastrick, Community Fundraising Manager for Brain Tumour Research, said: “We are extremely grateful to Claire and the Bielefeld community for their support. Sadly, Carrie and her family are not alone as brain tumours kill more children and adults under the age of 40 than any other cancer yet just 1% of the national spend on cancer research has been allocated to this devastating disease.”

Brain Tumour Research is campaigning to increase the national spend on research into cancer from £30million per year – just one per cent of the national budget for cancer research – to £35million.

To make a donation to Brain Tumour Research go to https://www.braintumourresearch.org/donation/donate-now