Parents at Westminster for launch of new cancer inquiry 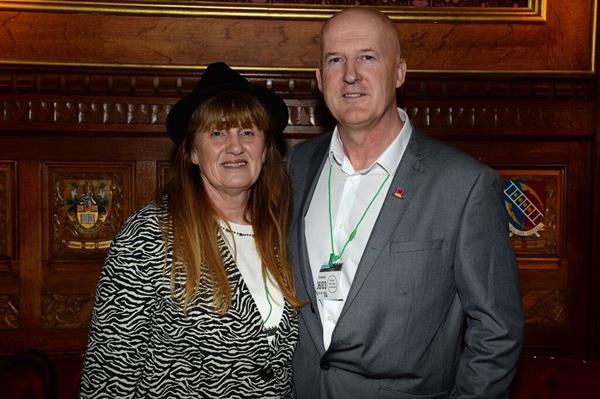 The parents of a young man who was killed by a brain tumour were at Westminster for the launch of a new Inquiry into the economic and social impacts of the disease.

Paul and Amanda Wilson joined other families, patients, campaigners, and charity workers at the invitation of the Rt Hon John Bercow MP, Speaker of the House of Commons and a Patron of the national charity Brain Tumour Research.

Paul and Amanda, who travelled from their home in Carlisle, were among the first to be invited to submit their evidence on a web forum facilitated by the charity. Joe was diagnosed with a low-grade tumour when he was eight. He underwent surgery but the tumour returned five years later. Joe endured gruelling radiotherapy treatment and was able to continue his school and gained a place at the University of York to study sports science. Sadly his tumour came back, this time it was high-grade, and he passed away on 30th April 2013.

Following his diagnosis Joe took part in a number of events to raise funds for Brain Tumour Research and family and friends have continued his legacy. To date, they have raised £25,000 in his memory.

Welcoming the Inquiry, Paul said: “I think it is hard to fully understand the impact a brain tumour diagnosis has on your family unless you’ve been through it. For example, when Joe was 13 we drove 90 miles to Newcastle every day for radiotherapy. The emotional burden is hard, there is the worry about money and disruption to work and school as well as so many other things to think of.”

In a nod to Wear A Hat Day, the fundraising campaign which takes place on Thursday 29th March, Caprice and other celebrity supporters including TV presenter Sarah Beeny, and celebrated milliner Noel Stewart, Paul and Amanda donned their favourite headwear for a photo call.

Sue Farrington Smith, Chief Executive of Brain Tumour Research, said: "Brain tumours have been a neglected form of cancer for decades, killing more children and adults under the age of 40 than any other cancer. This Inquiry will shine a light on the social and economic impacts of brain tumours adding weight to our arguments and landing a huge urgency to our call for further funding to improve patient outcomes and offer much-needed hope to families.