Opera star to be remembered at charity concert 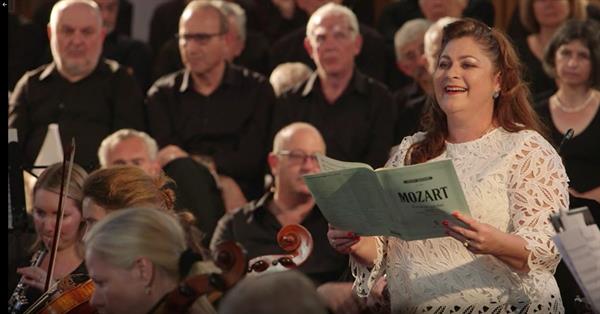 An East Finchley choir is dedicating its spring concert to a world-renowned soprano who died from a brain tumour.

The North London Chorus will commemorate Sally Silver at its spring concert on Saturday 9 March and raise money towards research into the disease that claimed her life. Sally, a Patron of the chorus, passed away in November 2018 leaving her husband Jeremy and their daughter Charlotte.

Taking place at St James Church in Muswell Hill N10 3DB at 7.30pm, the concert will pay tribute to Sally as the choir performs Bach’s masterpiece St John Passion. Following the concert, a retiring collection will take place in aid of the Brain Tumour Research charity.

Murray Hipkin, musical director at North London Chorus, said: “We were devastated to hear that Sally passed away. She appeared with us many times as a soprano soloist between 2003 and 2017, and shortly after her brain tumour diagnosis in spring 2017, she became Patron of the newly-formed Friends of North London Chorus. Despite her illness, she even gave a performance of Mozart at the launch. Sally was also a generous supporter of the choir, appearing at fundraising events and even sponsoring a young soloist on one occasion. She will be greatly missed.”

Brain tumours are indiscriminate; they can affect anyone at any age. What’s more, they kill more children and adults under the age of 40 than any other cancer yet, historically, just 1% of the national spend on cancer research has been allocated to this devastating disease.

Janice Wright, community fundraising manager for Brain Tumour Research in London, said: “Our condolences go out to Sally’s family during this difficult time. Every death is devastating but brain tumours can be particularly cruel. We thank North London Chorus for their support and hope that Sally’s memory will inspire more people to fund the fight against this awful disease. Together we will find a cure.”

To purchase a ticket to the North London Chorus spring concert, go to https://northlondonchorus.org/Main/Concerts

To make a donation in Sally’s memory, go to https://www.braintumourresearch.org/donation/donate-now

The Brain Tumour Research charity is a powerful campaigning organisation and represents the voice of the brain tumour community across the UK. We helped establish and provide the ongoing Secretariat for the All Party Parliamentary Group for Brain Tumours (APPGBT) which published its report Brain Tumours A cost too much to bear? in 2018. Led by the charity, the report examines the economic and social impacts of a brain tumour diagnosis. We are also represented on the Steering Group for the Tessa Jowell Brain Cancer Mission.