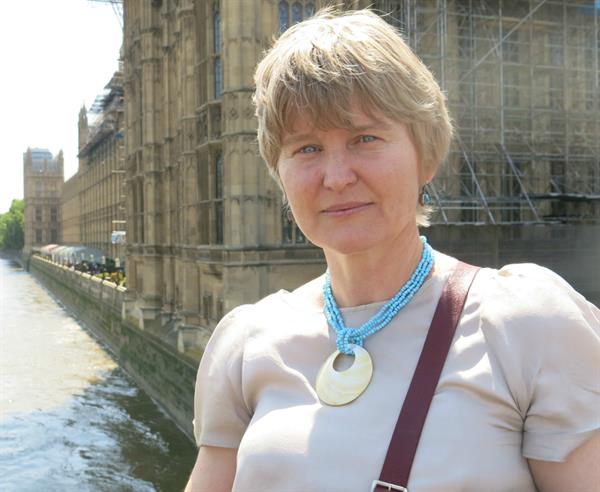 A grandma from Drayton, who was lost to a brain tumour, was remembered at Westminster as her daughter told MPs of the economic and social burden placed on their family by the harrowing disease.

Paula Wassenaar, who had travelled the world in her career as a teacher with Royal Dutch Shell, was diagnosed with a glioblastoma multiforme, a highly aggressive type of brain tumour, in March last year. Originally told she would live for just a matter of weeks, Paula survived for six months and died in September 2017, at the age of 81, at a nursing home in Hellesdon.

Paula’s daughter, Ingrid Wassenaar, from Muswell Hill, was at Westminster on Tuesday 3rd July for the final evidence session of an All-Party Parliamentary Group on Brain Tumours (APPG). Ingrid, aged 50, and her brother Pierre found themselves facing serious financial issues as well as coping with the shock of the diagnosis and the harrowing effects of the disease.

Ingrid, a tutor and former university lecturer, told the inquiry: “We were still reeling from Mum’s diagnosis and prognosis, when we found ourselves standing in hospital corridors, being told there was no possibility of a hospice place for our mother. Her financial situation meant that the only NHS hospice in the area was not available to her. Instead, she was left with no option but to go to a non-specialised nursing home, paying huge fees. We knew that a hospice, with palliative facilities, would have been far better placed to meet her need, but it simply wasn’t available.

“Although mum was unable even to walk to the toilet and had lost the use of her left hand, she was not deemed eligible for financial support when she was discharged. She was expected to pay nursing home fees of £4,000 a month. Thank goodness she had a widow’s pension which covered the fees – they would have bankrupted my brother and I. The extortionate hospital parking charges were just the tip of the iceberg.

“I stopped work to be with mum and so started to struggle financially. My brother and I managed to solve money problems as we went along, but they nevertheless caused a great deal of stress and upset and continue to do so. It has taken time to rebuild my work as a tutor in the wake of mum’s death and money has continued to be a worry until quite recently.”

Carrie Hume, Head of Public Affairs at the Brain Tumour Research charity, explained that “Too often the shock of a brain tumour diagnosis is compounded by loss of income, loss of a driving licence, loss of independence and ensuing financial insecurity. We need to spell out to MP’s just what the real cost of a brain tumour diagnosis is. We really appreciate the courage Ingrid showed in explaining her experience to the inquiry.”

Ingrid was among 200 people who gave written submissions to the inquiry and one of 23 people including patients, relatives, charity representatives, scientists and clinicians, who spoke to the panel.