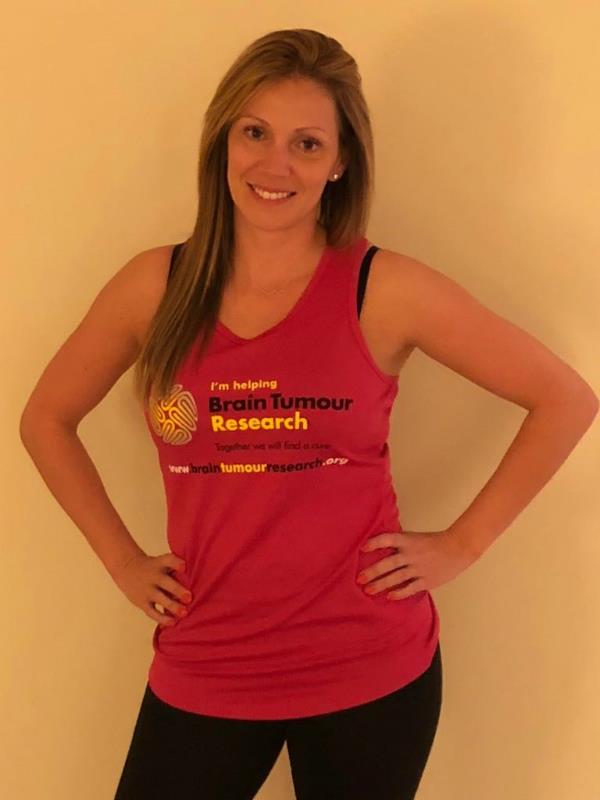 A mum of three from Reading whose uncle died from a brain tumour is just weeks away from taking on the London Marathon in aid of Brain Tumour Research.

Joining tens of thousands of runners, Kimberly Hemani, aged 34, is running in memory of her uncle, Peter Shortman, and to help raise funds for scientists to find a cure for the disease.

Peter, a lorry driver from Hayling Island, was diagnosed with a high-grade brain tumour in April 2014 after sudden losing sight while driving which led to a serious road accident. The tumour was found to be aggressive and inoperable, and just four months after diagnosis, Peter died aged 56, leaving behind his wife Vicky and two teenage children, Grace and Jordan.

The father of one of Kimberly’s closest friends, Keith Horsman, has also been diagnosed with the disease. Keith, who is the founder and director of Horsman Coaches in Reading, was diagnosed in August 2016 at the age of 66 and is currently undergoing treatment.

Kimberly said: “I’m a keen runner and after taking on a half marathon last year, I challenged myself to complete the London Marathon. Losing my uncle Peter was devastating and now my best friend’s Dad has been diagnosed, and a family at my son’s school is affected too – I just can’t stress enough how important it is that more funding is found for research into the disease.”

Kimberly will be pounding the streets of the capital on Sunday 22nd April. The money she raises will go towards the pioneering charity Brain Tumour Research which funds a network of dedicated Centres of Excellence where scientists are focused on improving outcomes for patients and, ultimately, finding a cure.

Michael Thelwall, Head of Community Fundraising for Brain Tumour Research, said: “Brain tumours kill more children and adults under the age of 40 than any other cancer – and more men under 45 than prostate cancer, yet just 1% of the national spend on cancer research has been allocated to this devastating disease.

“For too long, brain tumours have been a neglected cancer. Stories like Peter’s and Keith’s remind us all that we cannot allow this desperate situation to continue. We are extremely grateful to Kimberly for her support and we wish her the best of luck for the marathon. Together we will find a cure.”

To make a donation to Brain Tumour Research via Kimberly’s JustGiving page go to https://www.justgiving.com/fundraising/kimberly-hemani2