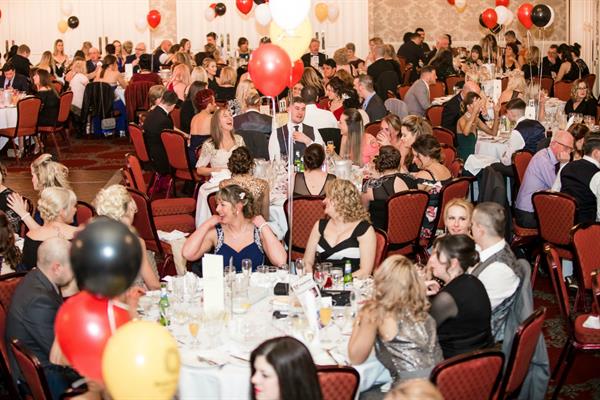 A man from Easington, near Whitby, is remembering his son-in-law, Scott Sutcliffe, of Birtley Gateshead, who passed away from multiple brain tumours, aged 35, in 2015. Scott left Bob Slassor’s daughter (his wife, Debbie) without a husband and Bob’s grandchildren, Ollie, who was then three years old and Evalyn, 11 months, without a dad.

Bob, a professional photographer, said: “Scott was diagnosed with a brain tumour in 2008 and underwent surgery. He had many cycles of chemotherapy, but eventually he was told his treatment options were running out and he prepared to celebrate his last Christmas with his wife and children.

“It wasn’t until Scott was ill that we discovered the shocking fact that brain tumours kill more children and adults under the age of 40 than any other cancer, yet just 1% of the national spend on cancer research has been allocated to this devastating disease.

“Since we lost Scott, I have five or six people in my circle of friends with brain tumours. It definitely seems that brain tumours are on the increase.”

“More research is desperately needed to find more effective treatments and ultimately a cure. I have seen first-hand the desolation brain tumours cause to families. My daughter is still really struggling and grieving for Scott.”

Bob will be celebrating his 68th birthday on 23rd February, but his thoughts will very much centre on remembering Scott because three years ago on the very same day it was his son-in-law’s funeral. He has asked his friends and family to give donations to game-changing national charity Brain Tumour Research instead of birthday presents this year.

Scott’s tragic story was also the inspiration for a charity ball held last month by TNT Fitness at Guisborough Hall which raised an incredible £4,000. More than 240 guests, many of them customers from the TNT Fitness gyms in Guisborough and Whitby, enjoyed a fun-filled evening. The proceeds went to charitable group M.I.N.E. (which stands for Money Is Needed Everyday) set up by Redcar brain tumour patient, Melanie Hennessy, which raises funds under the umbrella of Brain Tumour Research.

Lorna Brown, one of the TNT Fitness instructors, said: “Having heard Scott’s story from Bob when he came to photograph our It’s a Knock Out event last year, we decided that M.I.N.E. (a fundraising group for Brain Tumour Research) should be our chosen charity and after discussions with customers we found quite a number of other people who had also been affected by brain tumours.”

Carol Robertson, Head of Community Fundraising (North) for Brain Tumour Research said: “For too long, brain tumours have been a neglected cancer. Experiences like Scott’s remind us all that we cannot allow this desperate situation to continue. We are extremely grateful to Bob and TNT Fitness for their support. Together we will find a cure.”

To make a birthday donation to Brain Tumour Research go to Bob Slassor’s Facebook page, or to donate to M.I.N.E go to  www.justgiving.com/fundraising/moneyisneededeveryday