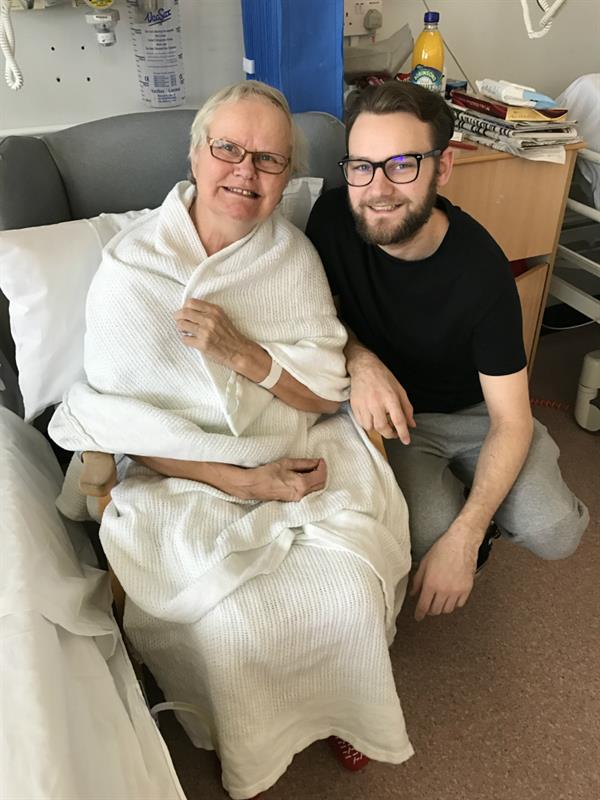 After losing his grandmother to a brain tumour, Connor Martin, is taking on London Marathon to raise funds for research into the disease.

Connor, 23, from Dunstable will be taking part in the event in memory of his grandmother, Lorna Martin, who passed away from a brain tumour in March 2017.

On Sunday 22nd April 2018, Connor will be pounding the streets of the capital to raise money for the pioneering charity Brain Tumour Research, which is funding world-leading research to find a cure for the disease. Connor has already raised over £2,000 of his £4,000 target.

After suffering from symptoms that resembled a stroke, Lorna was admitted to hospital for further tests to find the cause. An MRI scan revealed that she had a grade four glioblastoma multiforme (GBM), a very aggressive form of brain tumour. Though she underwent surgery to remove the tumour, due to its rapid growth she died less than four months later aged 65.

Connor, who is a Personal Shopper at Tesco in Bletchley said: “I was really close to my nan and would often pop in throughout the week to catch up and talk about what was going on in the news. She was such a clever, kind and thoughtful person and I really miss being able to just sit and have a chat with her.

“Cancer is such a horrible disease and although over 16,000 people are diagnosed with a brain tumour each year in the UK, little is still known about the disease. I’m really proud that my efforts will raise vital funds for research to help find a cure for tumours like the one my nan had.”

Paula Rastrick, Community Fundraising Manager for Brain Tumour Research, said: “For too long, brain tumours have been a neglected cancer. Stories like Lorna’s remind us all that we cannot allow this desperate situation to continue.

“We are extremely grateful to Connor for his support and are appealing for runners who have a ballot place for the marathon to join him on Team Brain Tumour Research by nominating us as their chosen charity for 2018. Together we will find a cure.”