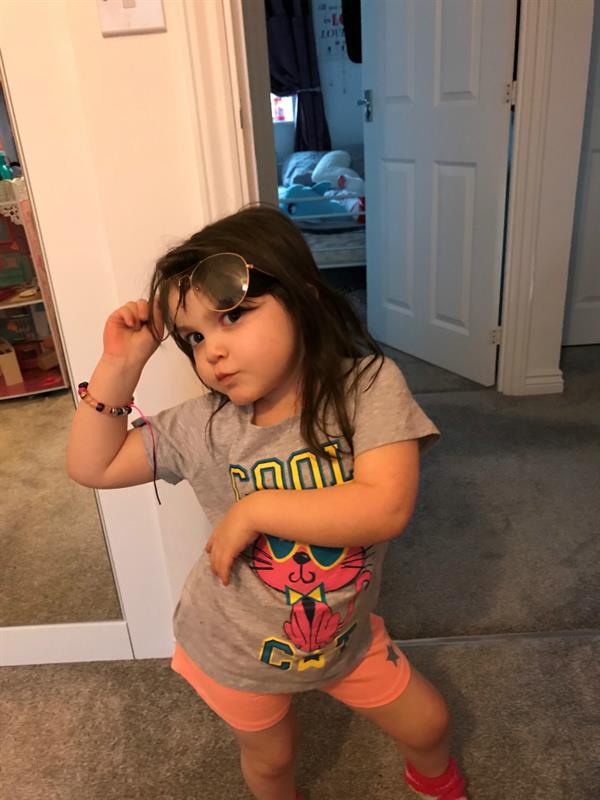 The father of a six-year-old girl living with a brain tumour is appealing for help as he vows to create special memories for his daughter in 2019.

Paul O’Donovan’s daughter Lyla has undergone eight operations in the space of three years after being diagnosed with a pilocytic astrocytoma. Her most recent surgery took place four days before Christmas and her family is now facing the prospect of a risky ninth operation later this year.

Together with his wife Kirsty, Paul is determined to make memories for Lyla before she has to undergo any further surgery. He wants to take her to Disney Land, renew his and Kirsty’s wedding vows so Lyla and her siblings can be present, and see Lyla on stage at the Pride of Britain Awards in November. Paul is also helping the Brain Tumour Research charity to raise awareness of the disease.

Paul, who works in the armed forces, said: “The consultants have been putting off fixing the blockage in Lyla’s brain as it will be an extremely risky operation. However, after all the ups and downs of 2018, I fear 2019 might be the year they have to go ahead with it, which is why we’re trying this her best year ever. I will stop at nothing for Lyla.”

Matthew Price, community fundraising manager at Brain Tumour Research in the North East, said: “My heart goes out to Lyla and her family; they have been through unimaginable distress and worry because of this devastating disease. We hope people will support the family and help them make 2019 extra special for Lyla.

“Sadly, Lyla’s situation is not unique and 16,000 people are diagnosed with brain tumours each year – the disease is indiscriminate and can affect anyone at any age. What’s more, brain tumours kill more children and adults under the age of 40 than any other cancer, yet historically just 1% of the national spend on cancer research has been allocated to this devastating disease. This is unacceptable and we cannot allow this situation to continue.”

Lyla was diagnosed with a brain tumour called a pilocytic astrocytoma when she was three years old. She underwent surgery and battled meningitis not long after but began suffering from regular seizures. More surgery went ahead and doctors found scar tissue in Lyla’s brain had fused to a ventricle, causing a blockage and creating an vicious cycle of seizures and surgery.

Despite the endless operations, scans and blood tests, Lyla keeps fighting and enjoys nothing more than going to Bearpark Primary School in Durham and spending time with her brothers and sisters, Reece, Olivia, Lilley and Harry. Lyla and Lilley recently set up the ‘Lyla and Lilley’s Stars’ bravery awards and are busy sending certificates to children all over the country.

To support Lyla, go to https://www.facebook.com/LylasJourney1/

To make a donation to Brain Tumour Research, go to: https://www.braintumourresearch.org/donation/donate-now