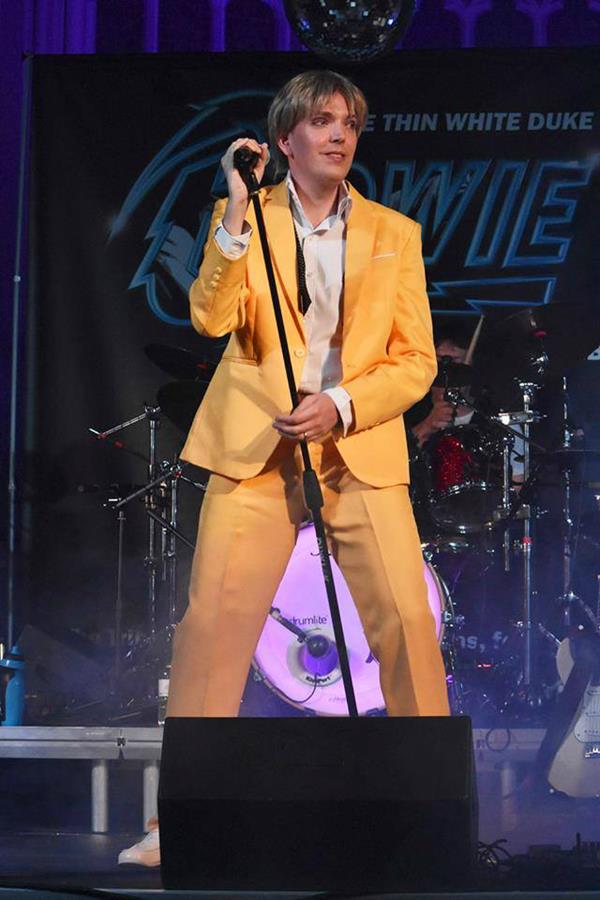 Guitarists are signing up to help break the world record for the largest electric guitar ensemble, all in aid of the Brain Tumour Research charity.

The Great Guitar Challenge will take place on Sunday 22nd July at Ealing Blues Festival. Event organiser Dave Pile, who lost his mum to a brain tumour, is hoping to achieve the world record by recruiting 450 guitarists to play ‘Heroes’ by David Bowie. The current world record for the largest guitar ensemble was achieved by Sky Group (India) when 368 participants assembled at the Agri Expo in Dimapur, India.

Adding a glimmer of stardust to the event, Scott Fuller, lead singer of tribute band The Thin White Duke, will accompany the ensemble on vocals. The event is also being supported by sponsors Blackstar amplification, who will provide a new Blackstar Fly 3 micro amp for all participants.

Scott said: “To begin with, the prospect of leading a performance with potentially hundreds of guitarists, and hopefully beating a world record, seemed like it would be great fun. Then we learned of Dave's story and the efforts to raise money for the Brain Tumour Research charity and knew we just had to be involved. It seemed the least we could do.

“David Bowie's ‘Heroes’ - a triumph of hope over adversity - seems the perfect song choice.  It will be an honour to be part of it and we hope that many more musicians will think the same and sign up to the event.”

Life-long guitar enthusiast and carpenter Dave Pile organised The Great Guitar Challenge after losing his mother, June, to a brain tumour in March 2013, just months after her diagnosis.

Dave said: “I’ve been raising money for the Brain Tumour Research charity over the last year or so but this latest venture is proving to be the toughest! I’m calling on all guitarists to join us and help smash the world record and raise much-needed funds for Brain Tumour Research.”

We are campaigning to see the national spend on research into brain tumours increased to £30 - £35 million a year, in line with breast cancer and leukaemia. The unprecedented success of our 2015 petition led to the 2016 Westminster Hall debate and Brain Tumour
Research taking a leading role in the Government’s Task and Finish Working Group convened to tackle the historic underfunding for research with the report being published in 2018.