Horses and riders get their Hats on for Brain Tumour Research! 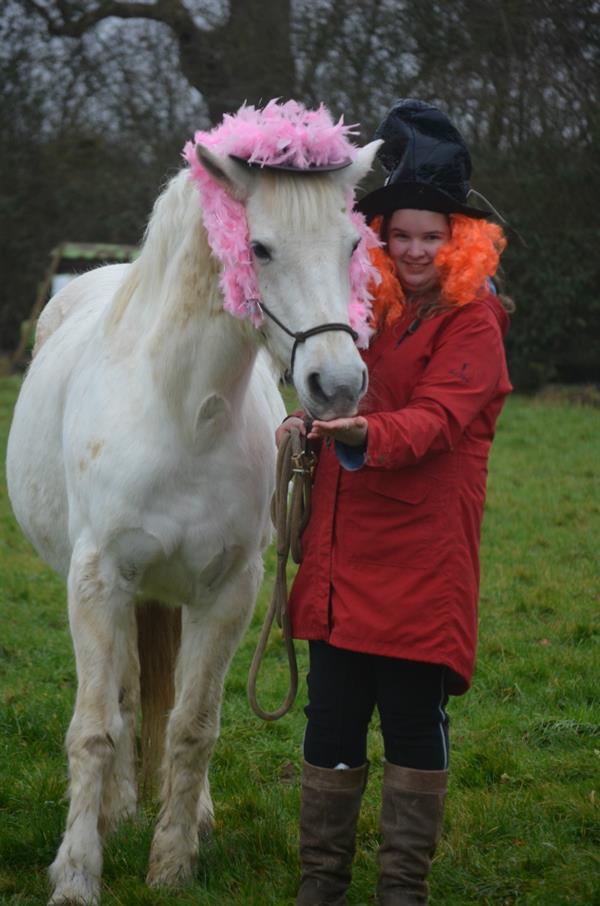 A teenager who says her beloved pony helped her recover from a brain tumour is organising a charity event to raise funds for scientists working to find a cure for the disease.

Lily Hawkins, aged 14, is encouraging riders and their charges to get involved in Wear A Hat Day which, this year, takes place on Thursday 29th March across the UK.

At the age of six, Lily was diagnosed with a brain tumour after suffering headaches, problems with her balance, and vomiting. She underwent two operations to remove a grade one pilocytic astrocytoma and continues to have MRI scans to monitor the remaining one per cent of the tumour which could not be removed.

Now studying for her GCSEs at The Buckingham School, Lily is organising her horsey Wear A Hat Day event at a livery stables in Akeley Wood run by her grandmother Val. There will be mounted and non-mounted games, lots of hats on both horses and riders, plus a raffle.

Lily said: “My pony Jester means the world to me. He helped me get my balance back after my surgery and he gave me the confidence to help me walk again properly.

“Before he came to my grandmother’s stables, Jester had had a difficult time and there were problems with his behaviour. We’ve been there for each other through such a lot and now have a very special bond. We have spent so much time together that he instinctively knows when my head hurts and will come up to me for a quiet cuddle. I don’t know what I would do without him and, in a way, I feel we have saved each other.”

Sue Farrington Smith, the Chief Executive of Brain Tumour Research who lives in Padbury, said: “Brain tumours are indiscriminate; they can affect anyone, at any age. We are extremely grateful to Lily for getting involved and hope people will support her and be inspired to hold their own events. It’s as easy as wearing a hat and making a donation!”

To get involved, or donate, please visit: www.wearahatday.org or text HAT to 70660 to donate £5*