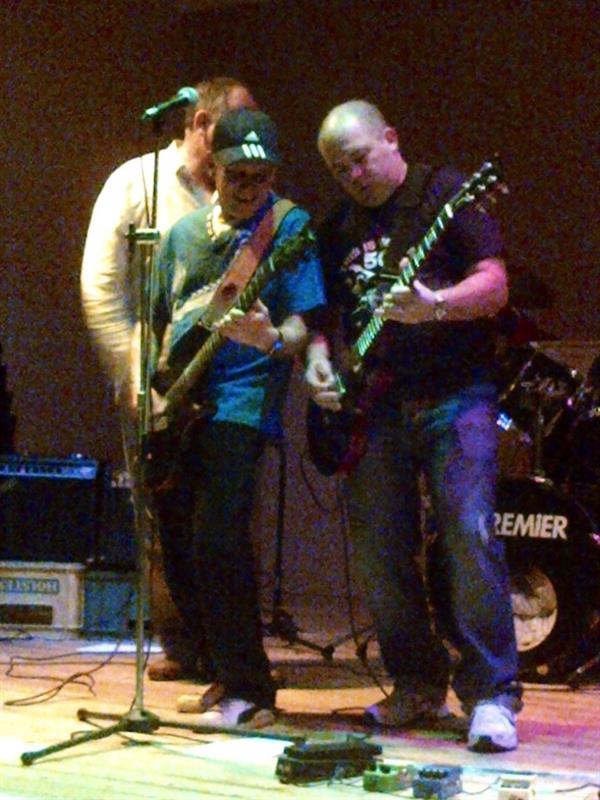 Hundreds of guitarists are assembling to play ‘Heroes’ by David Bowie on Sunday 22nd July, in an attempt to break the Guinness World Record for the largest electric guitar ensemble. Joining them on the day will be Laurence Knight, lead singer of the world-famous tribute band, The Bowie Experience.

Organised by Dave Pile, a lifelong guitar player who lost his mother, June, to a brain tumour in March 2013, The Great Guitar Challenge, which will take place at the annual Ealing Blues Festival, is in aid of the pioneering charity Brain Tumour Research which funds research into the devastating disease.

The current world record was achieved by Sky Group (India) in January 2013 when 368 participants assembled at the Agri Expo in Dimapur, India. Dave is recruiting 450 guitarists to help him break this record and raise vital funds for Brain Tumour Research.

Dave said: “My idea to break a world record came about two years after losing my mum to a brain tumour. I’ve been raising money for Brain Tumour Research over the last year or so but this latest venture is proving to be the toughest!

“I chose the David Bowie song because the hook ‘we can be Heroes’ is an apt reference to all the people that are signing up to help with the challenge. Together we can make a difference to research into brain tumours.

“It saddens me that so little is known about this disease and that less than 20% of those diagnosed with a brain tumour survive beyond five years compared with an average of 50% across all cancers.”

June, from Nuneaton, died aged 72 in 2013 following a short and gruelling battle with a glioblastoma multiforme (GBM) – a highly aggressive type of tumour. Despite surgery to remove part of the tumour and subsequent chemotherapy and radiotherapy, June died less than six months later.

Supporting Dave’s world record attempt is Blackstar Amplification, producers of guitar amplifiers and effect units. As official sponsors of the Great Guitar Challenge, Blackstar will provide every participant with a new Blackstar Fly 3 micro amp to use and keep.

Joel Richardson, Head of Marketing at Blackstar Amplification, added: “When we heard about Dave’s world record attempt, we instantly wanted to be involved, 450 electric guitarists playing Heroes en masse is going to be incredible. What’s more, it’s all for a great cause.”