Friends, family and work colleagues of Bristol gym instructor to raise £41K in his memory to fund 15 days of research 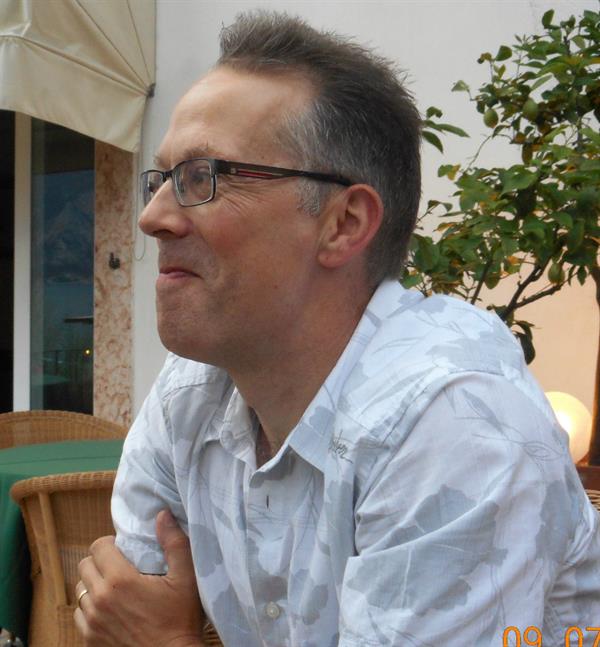 An instructor who set up rehabilitation classes for cancer and cardiac patients in Everyone Active gyms across Bristol has been remembered following his death on 12th March this year, just 11 months after diagnosis with an aggressive and incurable brain tumour.

Specialist Exercise Instructor and Personal Trainer, Paul Emsley, 54, of Stoke Gifford, was the driving force in setting up and developing the innovative “Energise” cancer rehabilitation classes, which act as a stepping stone to getting patients back into main-stream activity.

Beginning with just one class in 2013 at Easton Leisure Centre, the Energise programme, which has become more and more popular, now offers weekly classes at Easton, Henbury, Horfield and Clevedon leisure centres. The classes, at the cutting edge of patient rehabilitation, have won a number of awards, including the Bristol Business Award in 2015 for Contribution to the Community and in 2016, the Bristol Health & Care Award for Together We Achieve.

In a sad irony, Paul’s support for cancer patients also extended to donating bone marrow to blood cancer charity The Anthony Nolan Trust, to help the survival of people with leukaemia.

Before Paul passed away, he and his wife Julie, a Diabetes Specialist Nurse at Southmead Hospital, had already started campaigning. Paul observed: “Brain tumours are indiscriminate; they can affect anyone at any age. What’s more, brain tumours kill more children and adults under the age of 40 than any other cancer, yet just 1% of the national spend on cancer research has been allocated to this devastating disease.”

Paul and Julie had also jointly committed to raising £41,100 for Brain Tumour Research in order to fund 15 days of research. The pioneering national charity has four Centres of Excellence in the UK which each need funding of £1million per year (that’s £2,740 for each centre per day).

Three spinathons have taken place in recent weeks, including one at Easton Leisure Centre on Saturday 28th April, when Julie participated in all three hour-long, back-to-back spinning classes. Along with these events, the leisure centres also held events on 28th March, Wear A Hat Day for brain tumours, as well as a Wear a Christmas Jumper day, bringing their collective total to date to over £2,600.

The spinathons at the Bristol gyms are just some of many fundraising events that Julie, along with Paul’s family, friends and work colleagues, have planned in order to achieve the target of £41,000. Other events include walks, charity dinners and social evenings, as well as a classic car tour by Bristol Pegasus Motor Club on 3rd June, which is being organised by Paul’s older brother Martin.

Julie said: “I am so grateful to everyone who is helping towards making Paul’s dream come true. We have already raised over £18,500, which equates to an incredible nearly seven days of research sponsored already.

“Paul was diagnosed in April 2017 with a high-grade brain tumour, following an optician’s appointment at SpecSavers in Bradley Stoke, Bristol, where they helped him greatly, referring him quickly to the right care. He had been experiencing visual disturbances, as well as vomiting, which were initially put down to aural migraine.

“Being a nurse myself, when they told us that Paul had a glioblastoma multiforme (GBM) grade 4, I knew immediately that his survival prognosis was terrible. They told us Paul would have surgery to debulk the tumour, followed by chemotherapy and radiotherapy, but that the treatment would most likely only give him a few extra months.

“If the fundraising in Paul’s memory can bring about more effective treatments and ultimately a cure that would be beyond words. No family should have to go through what we have…”

Whilst battling his tumour, Paul commented: “Over the last few decades, survival rates for breast cancer patients have almost doubled and treatments are so much better because of considerable funds invested into research. Certain other cancers, including cancer of the brain, have been left in the dark ages. We are living in the modern era so I feel very strongly that there should be enough scope to make progress in other areas like brain tumours.

“I have always believed that if you can do something and make a difference, it’s the right thing to do.”

Emma Cronin, Community Fundraiser for Brain Tumour Research, said: “We are extremely grateful to everyone involved, and particularly to Julie. We desperately need to bring about better outcomes for brain tumour patients so that there is hope for people diagnosed with this terrible disease and their families”.

If you would like to help achieve Paul and Julie’s ambitious target go to www.justgiving.com/pleasesponsor/julie-emsley1

For information or to take part in the Classic Car Tour go to https://bristolpegasus.com or email tony.joiner@btopenworld.com  The entry fee is £15.