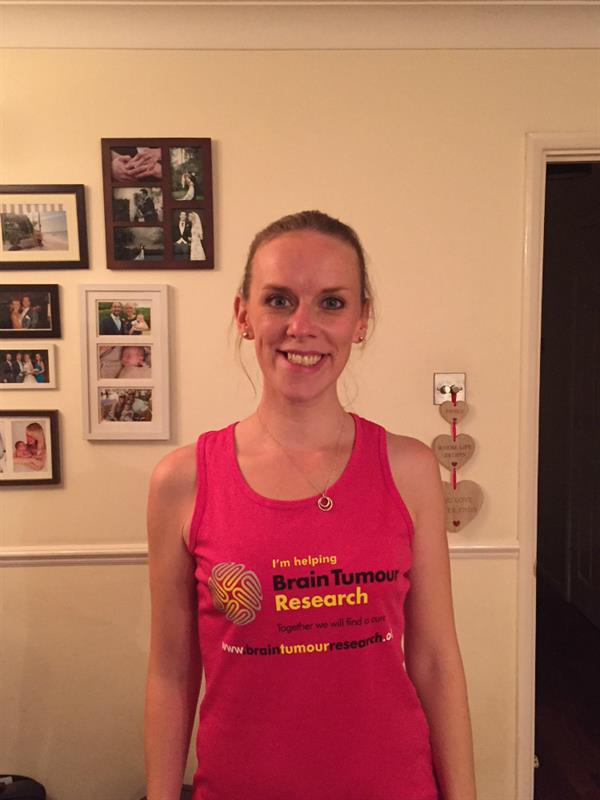 A grieving daughter will run the equivalent of four marathons over four consecutive days to raise money and awareness for the Brain Tumour Research charity in memory of her beloved mum.

Claire Hobson, 36, of Bagshot, will start out on Thursday 30th August and cover a total distance of around 110 miles with a round trip from Heatherwood Hospital, Ascot, where she was born, to Rochester Castle in Kent where her mum, Penny Rowland, was born and grew up, and back again.

Penny, a former dance instructor who later worked for 20th Century Fox as an Area Rep, was diagnosed with a low-grade glioma brain tumour in 2009 following a blackout. She had radiotherapy and life returned pretty much back to normal.  In 2015, however, Penny had to undergo chemotherapy when the brain tumour was found to have become cancerous.

A year later, the tumour had grown again and, despite taking part in a clinical trial and starting a new course of chemotherapy, Penny’s neuro-oncology team advised the family that there was nothing more that could be done. Penny passed away on 15th September 2017, just seven months after marrying her second husband, Glenn Karpel, and just a few weeks after her 66th birthday. Daughter Claire gave birth to her second child, Penny’s second grandchild, just five weeks later.

Claire, Penny’s eldest child, and a keen member of the Sandhurst Joggers running club, has run 12 marathons in the past and, four years ago, ran three marathons in three days before the first of her two sons, Luca (now three) and Leo (nine months), was born,.

Claire said: “I am a bit nervous about my ultra-marathon – I know it’s going to hurt a lot, but I am excited too. I will get to see parts of Surrey and Kent I have never seen before and at the same time I will be honouring and remembering Mum. What’s more, I know that the money raised will help to find a cure for this terrible disease so that other families don’t have to go through what we have and, most importantly, Mum won’t have died in vain.”

Michael Thelwall, Head of Community Fundraising for the Brain Tumour Research charity said: “We are really grateful to Claire and In for a Penny for their support and awareness- raising and wish Claire the best of luck in completing her extraordinary challenge. The money raised will help us in our mission to build a network of experts in sustainable research. We are funding dedicated UK Centres of Excellence where scientists are focused on improving outcomes for patients and, ultimately, finding a cure.

“For too long, brain tumours have been a neglected cancer and we cannot allow this desperate situation to continue. Sadly, less than 20% of those diagnosed with a brain tumour survive beyond five years compared with an average of 50% across all cancers.”

To sponsor Claire’s remarkable challenge and help power her from Ascot to Rochester and back again, go to www.sponsorme.co.uk/clairehobson/in-for-our-penny

For further information, please contact:
Liz Fussey at the Brain Tumour Research charity on 07811 068357 or liz@braintumourresearch.org