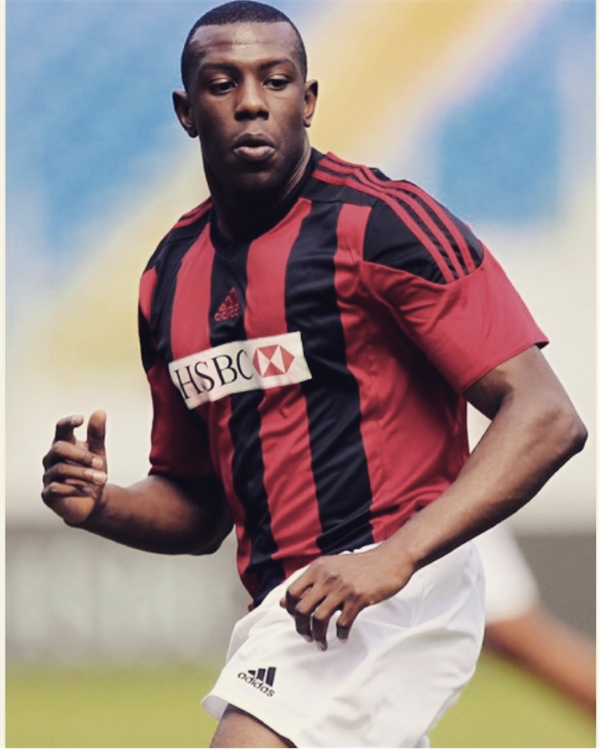 A footie fan from Camberwell will swap his football boots for walking shoes on match day and join a fundraising walk at the Queen Elizabeth Olympic Park.

The David Hetherington Memorial Walk of Hope takes place on Saturday 29th September and Wayne, 35, will embark on the three-mile route in support of Power of David (PoD), a Fundraising Group set up under the umbrella of the Brain Tumour Research charity.

Wayne, who works for HSBC’s Private Bank in London, said: “When I heard about the fundraising walk, I was determined to do my bit for the cause and join in. Although Saturday is match day, there was no question of whether I would take part.”

“Seeing how brain tumours took hold of two fit and healthy men really shocked me and the rest of the team. It was even more harrowing as David and Martin were in my age group.”

As Wayne makes his way around the Olympic Park, his favourite team, Manchester United, will be mere metres away at the London Stadium as they prepare for their match against West Ham. Wayne added: “I’m sure David and Martin would laugh if they knew I was outside the stadium walking instead of inside cheering on my team!”

David Hetherington, a dad-of-two and colleague of Wayne’s at HSBC in Canary Wharf, was diagnosed with a low-grade oligoastrocytoma, which over time changed to a grade four glioblastoma. He underwent chemotherapy, radiotherapy and immunotherapy to control the tumour but David sadly passed in November 2016 at the age of 39, leaving his wife and two young children.

The HSBC football team also mourned the loss of Martin Jenkins, whose brain tumour claimed his life just seven months after diagnosis. Martin, who lived in Orpington and worked as a branch manager for HSBC Bromley, was diagnosed with a rare brain tumour after suffering from a seizure during a work meeting. The 45-year-old had surgery to remove the tumour followed by radiotherapy and chemotherapy, however, he continued to deteriorate and sadly passed in July 2017, leaving his wife and two children.

Janice Wright, Community Fundraising Manager for Brain Tumour Research, said: “We’re extremely grateful for Wayne’s support and urge others to join us on the 29th September to help put an end to this horrible disease.

“Brain tumours kill more children and adults under the age of 40 than any other cancer, yet just 1% of the national spend on cancer research is allocated towards a cure. We cannot allow this desperate situation to continue.”

The registration fee for the Walk of Hope is £10 for individuals and £20 for families. All walkers will receive a t-shirt and, upon completing the walk, be awarded with a medal for being part of the charity’s fantastic Fighting Force.

The money raised will go to Brain Tumour Research which is funding dedicated UK Centres of Excellence where scientists are focused on improving outcomes for patients and, ultimately, finding a cure.

To book your place on the David Hetherington Memorial Walk of Hope, go to: http://www.braintumourresearch.org/david-hetherington-walk